Even in a doomed age when evil opaquely steams over the world, the extent to which the morally heinous navigate is still shocking. Evocatively captured in Danny Strong's fierce new drama Dopesick, the history of big pharma company Purdue and its elite family owners, the Sacklers, is one of such widespread deceit. It’s hard to process the entire sordid scale of human suffering they’ve caused with their 'blockbuster drug', OxyContin.

Perhaps that’s why the series needs eight episodes: to catch every nuance of Purdue's strategies and its contribution to America’s opioid crisis. Considering recent and decent political dramas like The Report and Dark Waters, which pack so much into only two hours, this televisual format is a more digestible pill to swallow.

Dopesick packs the kind of depth usually found in long-form docuseries. And yet, there are enough dramatically necessary liberties (many characters are fictionalised or embellished) to prevent any sterility from strictly adhering to reality. 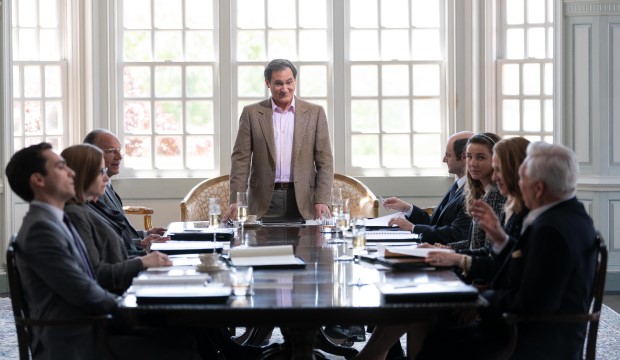 ‘The time has come to redefine the nature of pain,’ pitches Richard Sackler in the opening scene. The real-life chairman and president of Purdue Pharma is depicted with villainous, capitalistic menace by Michael Stuhlbarg, who ventured into similar performative territory this year in Your Honor.

The concept of pain is to be extinguished, according to him, and that becomes the premise for OxyContin. This is a prescription opioid for curing moderate long-term pain, with a unique selling point: less than 1% of users get addicted. But that’s a complete fabrication.

‘That’s not possible,’ correctly states the small-town doctor Samuel Finnix – played by an astoundingly detailed and honest Michael Keaton – to one of Purdue’s suited reps Billy Cutler (Will Poulter). But even with that scepticism, Dr Finnix is persuaded to prescribe the drug to his patients. Within years, the drug becomes like any other addictive substance on the streets – only this time, it’s dealt by doctors, corporate goons, and wealthy executives.

The addicts at the bottom level are largely represented by the closeted Betsy, who's prescribed Oxy to alleviate her back pain after a mining incident. She's beautifully played by Kaitlyn Dever, who carries such trauma and fury that you can't look away from her. It reminds this critic of her equally unforgettable role in the Netflix true-crime drama Unbelievable.

Along with the despondent DEA agent Bridget Meyer (Rosario Dawson), US attorneys Rick Mountcastle (Peter Sarsgaard) and Randy Ramseyer (John Hoogenakker) are among the first to discover Purdue’s unethical business plan. They become Dopesick's beating heart, pulsing toward some semblance of justice. 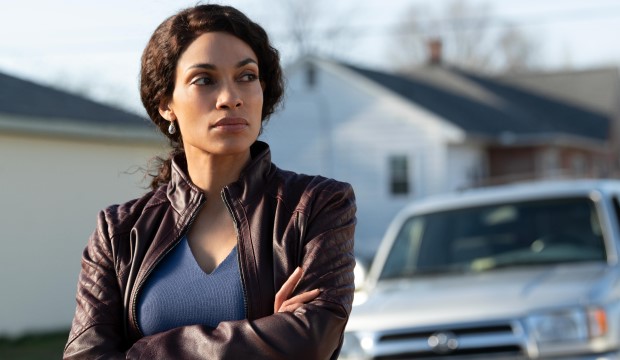 With this density of well-shaped characters, the plot becomes even more complicated as it leaps between different years. 1996, 1999, 2002 and 2005 make the most regular appearances in the three episodes available to review, and will likely continue forward to the present day (Purdue declared bankruptcy only in 2021).

Although the rapid non-linearity is difficult and daunting at first, its purpose makes sense as threads tie together. Considering the intricacies, it's probably the most accessible way to tell this story. Years down the line, you see instantly how certain decisions create a devastating ripple effect.

Dopesick pulls no punches in its disdain for Purdue and the Sacklers. Strong even overdoes it slightly when drawing the privileged elites at the top, as well as their representatives. Billy’s Purdue colleague Amber (Phillipa Soo), for instance, is one of the most nauseating, deplorable and thinly sketched characters on television at the moment. Nevertheless, Strong captures and exhibits the sort of unregulated, real-life greed that Bond villains could only dream of.

Dopesick episodes 1 and 2 are available on Disney+ from Friday 12 November.