In this moralistic crime thriller, penned by Peter Moffat, Bryan Cranston stars as an esteemed judge who has to hide his son's devastating crime. Michael Stuhlbarg also stars

It’s a burden and a blessing for any actor to be cemented into one iconic character. Bryan Cranston will be forever associated with the teacher-turned-drug lord Walter White, and so the comparisons between Breaking Bad and Peter Moffat’s new crime drama Your Honor are inevitable. But their similarities shouldn’t colour your enjoyment of the latter, which has its own bleakly entertaining appeal.

Cranston’s character in Your Honor, Michael Desiato, is another father who trades his morality for security. In this case, the irony is amplified by making him a judge in New Orleans. And he’s a good one, too – perhaps unrealistically so, being more like an altruistic lawyer than an impartial adjudicator. The effect is clear, in any case. But his teenage son Adam (Hunter Doohan) potentially ruins that moral standing, after accidentally killing the son of local mafia boss Jimmy Baxter (Michael Stuhlbarg).

The story turns into a process of dark cover-ups and deceptions, all to keep Michael’s son from being killed. The New Orleans envisaged here is filled with shadows and corruption. Even the supposed good guys wield their own darkness, which they use to survive their duplicitous environment. Michael's best friend and mayoral candidate Charlie (a vividly two-faced Isiah Whitlock, Jr) is the strongest case in point.

Michael’s turning towards immorality, therefore, is less breaking bad and more submitting to a strong and violent system – much closer to the chilly nihilism of Ozark. 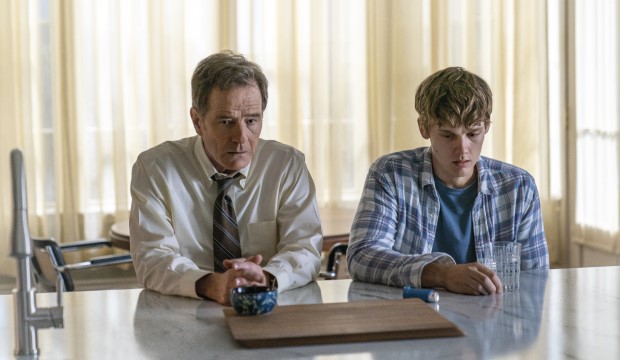 The lies layer the tension. Michael’s life as a judge is made into a hidden hypocrisy. He crafts organised fabrications for his friends in the police, and coaxes well-meaning colleagues to unknowingly do his dirty work.

His shock and guilt expand as his actions set off an iniquitous domino-effect within the system, leading to the city's working-class Black community. Moffat captures that divide engendered by wealth and white privilege, the poor paying for the crimes of the rich. This can range from subtle classism to racially motivated torture. 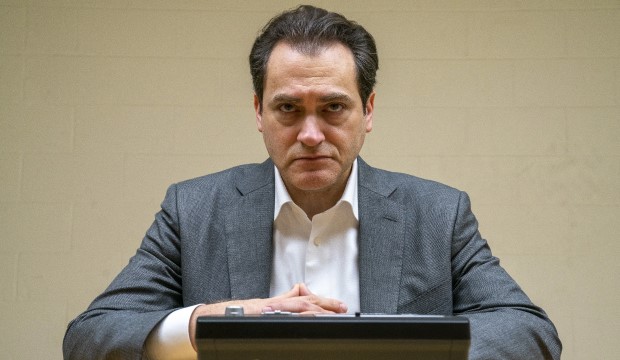 Cranston returns to his strengths, always a visually fascinating actor. Every blink and wrinkle and furrowed brow has a story behind it. It’s a tough task for any supporting actor to match Cranston, but Doohan achieves much in his role as Adam – written and directed with such absorbing patience. Adam is wracked with guilt, but it’s quiet, rarely expressed in its entirety.

And then there’s Michael Stuhlbarg, another actor adept at playing fathers. As Jimmy Baxter, he channels a muted evil waiting to burst out in blood and screams. He’s a Godfather figure, simultaneously resembling the calmness of Marlon Brando and the aggressive face-squeezing of Robert De Niro. In the four episodes available to review he has limited screen time, but stamps his presence on those scenes so memorably.

There are many implausibilities and overplayed ironies in Your Honor, which block a five-star series from breaking through. Characters know things too quickly, as if they’re informed by the plot fairies, and ethical phrases like ‘greater good’ crop up a lot. But the detailed characters and brimming suspense help it grow to a breathlessly moralistic thrill.