In Bloodlands, James Nesbitt stars as Northern Irish detective Tom Brannick, who tries to find his wife's killer after her assassin returns for the first time since the Troubles

Through the four-part detective series Bloodlands, the first project by Jed Mercurio’s new production company, the ghosts of the Northern Irish Troubles still linger in present-day Belfast. There are still those loyal to the IRA cause, those who distrust the police, and those willing to set cars alight. It’s not the most pleasant perspective on the city – the series’ on-edge atmosphere capturing a frightening hangover, inherited from such a long and violent period.

The story is shaky and confusing at times – following a vivid James Nesbitt as a detective seeking his late wife’s murderer – but the political resonance is consistently fascinating. It burdens every face, even those who don’t remember it. 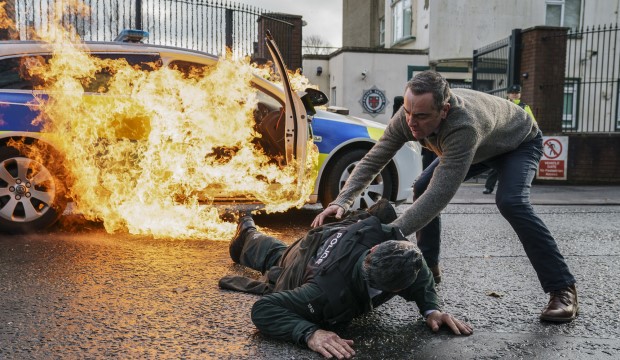 It’s been over 20 years since the Good Friday Agreement. DCI Tom Brannick (Nesbitt) investigates a vehicle, submerged in water, with a postcard inside the wing-mirror. He realises it’s connected to an assassin who operated during the Troubles. Called 'Goliath', the assassin is responsible for the disappearances and probable deaths of four people, including Brannick’s wife, shortly before the peace agreement.

Finding his wife’s killer (and remains) becomes a priority, searching beyond protocol for answers. He struggles through a world that people would rather forget, filled with trauma and dubious compromises.

Nesbitt is perfect in the role, reminding this critic of his phenomenal performance in the 2014 drama The Missing. He’s able to have a bit more fun as Brannick, who’s a stiffly professional detective but likes a laugh and shows affection.

When Brannick meets his daughter’s new boyfriend, you half-expect him to descend into annoyingly over-protective paternalism (following the cliché). Instead, he’s cordial and chummy – not abusive, insulting, or drunk, which are often job requirements for TV detectives. He’s a straight-up nice bloke, still hanging onto trauma but unwilling to forget it. It’s a refreshing change from the norm. 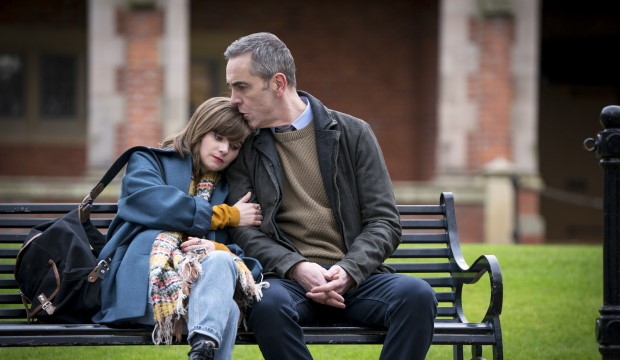 The series has its various twists and turns, and it’s easy to be engrossed in the divides and the emphases on keeping ‘the peace’. There’s a feeling that the conflict could return at any moment, that this is simply a hiatus.

But writer/creator Chris Brandon makes the story rather complicated, with its numerous loyalties and motivations. No spoilers, of course, but the scene concluding episode two trembles a little in its desired shock-value – the dialogue circling round and round before arriving at the point. And you're still not entirely sure what the twist is. Considering only two episodes were available to critics, this could change and be clarified in the coming weeks.

Brandon clearly encourages you to suspect everyone, though some characters are more obviously guilty than others. Or are these simply red-herring distractions? In any case, the story’s going through the standard detective-drama motions, with a few absorbing differences that make it worth watching. But considering Bloodlands is exec-produced by the writer of Line of Duty and Bodyguard, it’s not as gripping or gritty as you might hope for.

Bloodlands airs on Sunday 21 February at 9pm on BBC One