Eve Myles does angry, frustrated and annoyed more vividly than anyone on TV, and she's harnessed perfectly in Keeping Faith. You wonder why she's chosen this show – cheesy and soapy and silly as it is – to unload her talents. For those who don’t know about this Welsh legal drama: the story takes place in Abercorran, Carmarthenshire and follows local lawyer Faith (Myles), a mother to three kids, whose husband Evan (Bradley Freegard) involved himself in criminal activity and went missing.

Faith uncovers his many illegal and adulterous secrets, then he turns up at the end of series one. After being released from prison in series two, Evan tries to reconnect with his family, hoping everything will be like before. But his betrayals are almost impossible to reconcile, turning him into a quietly vindictive antagonist.

Faith is always on the edge of a nervous breakdown, and it’s no different in series three. The writers, creator Matthew Hall among them, rarely give her a rest. If it’s not Evan, it’s his parents. If it’s not the in-laws, it’s the kids. Her eldest, Alys (Demi Letherby), is turning into a truanting teenager: entering protests and sneaking boys into the house. And if it’s not parental problems, it’s a big legal battle – now layered with even more pressure as she starts her own law firm with the enjoyably blunt Cerys (Hannah Daniel). 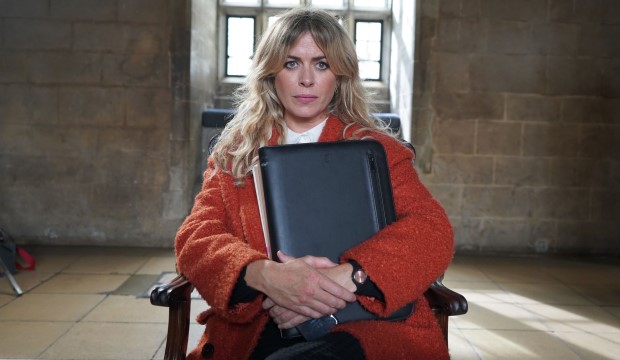 Faith's struggle to juggle is part of the appeal. In previous series, Faith moved through these tasks with the unlikely proficiency of a super-mum – even her own dabbling in criminality was morally justifiable. Thankfully, series three finds her faults.

Her loyalties slide between being a lawyer and being a mother. The latter weakens as she endures divorce discussions, hindered by Evan’s excruciating stubbornness, and takes on a big new case involving a terminally ill child (Keogh Kiernan). She turns into a less-than-perfect mum, which strikes a refreshingly genuine note.

But despite all these balls in the air, it’s clear the writers are at pains to fill each of those 60 minutes. Considering a flexible television climate, in which the half-hour drama is often preferable, Keeping Faith has a lot of empty space – particularly now that Gael Reardon (Anastasia Hille) is gone, leaving little trace of that former, law-breaking hook.

Critics only had access to the first three episodes, so this could twist around in due course. The introduction of Rose, played with fashionable villainy by Celia Imrie, all but guarantees something dodgy going on. But much of the tension and action seeping through series two is lacking here, drifting casually into predictability. 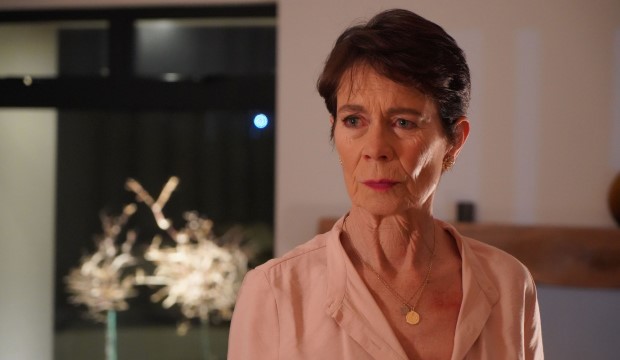 Unlike the plot, the characters are charming and it’s fun to catch up with them, like neighbours you haven’t seen for ages. But their newly forced scenarios ask so many questions.

Why, for instance, is Faith’s extramarital love interest Steve (Mark Lewis Jones) living like a solitary lumberjack in the woods? Why is the lovely ex-soldier Arthur (Alex Harries) now clean-shaven and giving surfing lessons? And why does Lisa (Catherine Ayers), Faith’s extroverted best friend, suddenly have a drinking problem? Regardless, you go with them and they lead you to some poignant scenes round the corner – often backdropped with picturesque seas and skies.

Keeping Faith is the sort of series to watch at a slanted angle, in bed, past midnight perhaps. But Myles is an absorbing asset, her shushes and mutterings and middle-fingers enjoyably aspirational. This critic would happily watch her open boxes, on the promise that they might set her off.