In this new French thriller, the music video director Franck (Sébastien Houbani) is assigned to make a video for the known gangster and aspiring rapper Tony (Abdramane Diakite)

Whereas video-games are becoming more cinematic, it’s rare for movies and series to reach for the video-game experience. Like Ilya Naishuller’s POV action film Hardcore Henry, the new Netflix thriller Dealer clearly takes its cues from first-person shooters. It's not altogether convincing but the experiential ambition is, at least, worth sticking around for.

Starting like the end of Matt Reeves’ cult movie Cloverfield, Dealer opens with music-video director Franck (Sébastien Houbani) hiding and sweating and talking directly to his GoPro camera. Gunfire and shouting surround him. He whimpers in terror, then the titles come up and we jump back to the chronological beginning of the story.

It’s a cheap narrative device, made even more irritating in a found-footage format. In these types of stories, the filmmakers are characters as much as the players on screen – so how was the end put at the beginning? Are the fictional editors intent on making a story out of this? Did they add the music and dubbed audio as well?

Franck has been assigned by a mysterious producer, only heard over the phone, to make a video for aspiring rapper Tony (Abdramane Diakite), who’s also a local gangster. To make the video more real and exciting, Franck has to film Tony in his home environment: a dodgy urban area in the south of France.

He’s obliged to capture everything: the shirtless bikers, the drug deals, the potential violence. Tony's crew are fine with it, as long as their faces are blurred. Franck’s sick of making music videos for little pay, and thinks this warzone atmosphere is his big opportunity. On the other side, Tony also aspires to leave the gangster life behind and become a famous rapper. 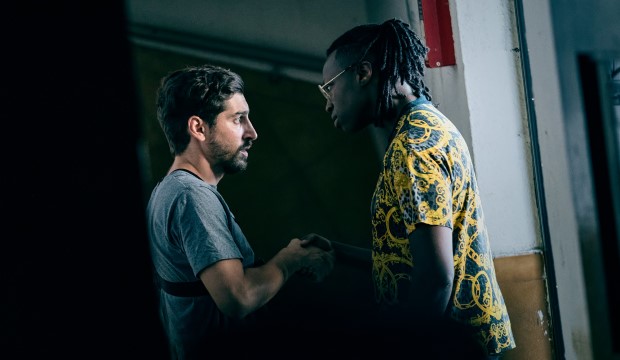 The grounded tone and pacy editing can be riveting as much as absorbing, elevated by its division into 10-minute episodes. The bitesize structure, which has become familiar in lockdown (Staged, Crip Tales), initially provides some accelerated intrigue. Strange and disappointing, then, to discover long, vacuous sections of nothing much happening. With all the elements in place – the found-footage style, the gangland setting, the car chases, the gunfire – you want a lot more.

But there are some curious character digressions, especially those between Tony and his sister, whose son aspires to be a gangster too. It’s an interesting distance from what’s expected, showing that the life of a gangster (as portrayed) isn’t all peddling drugs and cocking handguns (though there’s plenty of that).

One scene has Franck and his producer argue about there being too much character work and not enough ‘shocking footage’. Is this an attempt at meta-commentary, reflecting and criticising the audience’s voyeuristic craving for violence? Doubt it. The scene feels more like a clever cover-up for a limited budget.

There are a few decent action scenes that brilliantly utilise the bodycams, but they’re few and far between. The dissatisfying ending frustrates the series, abandoning its opening ambitions and running away. Still, this critic looks forward to where the writer/creators Ange Basterga and Nicolas Lopez will go next.

Dealer is available on Netflix from Wednesday 10 March