Cannes is over, and our tan is already starting to fade, but here are the cinematic lessons our time there has taught us 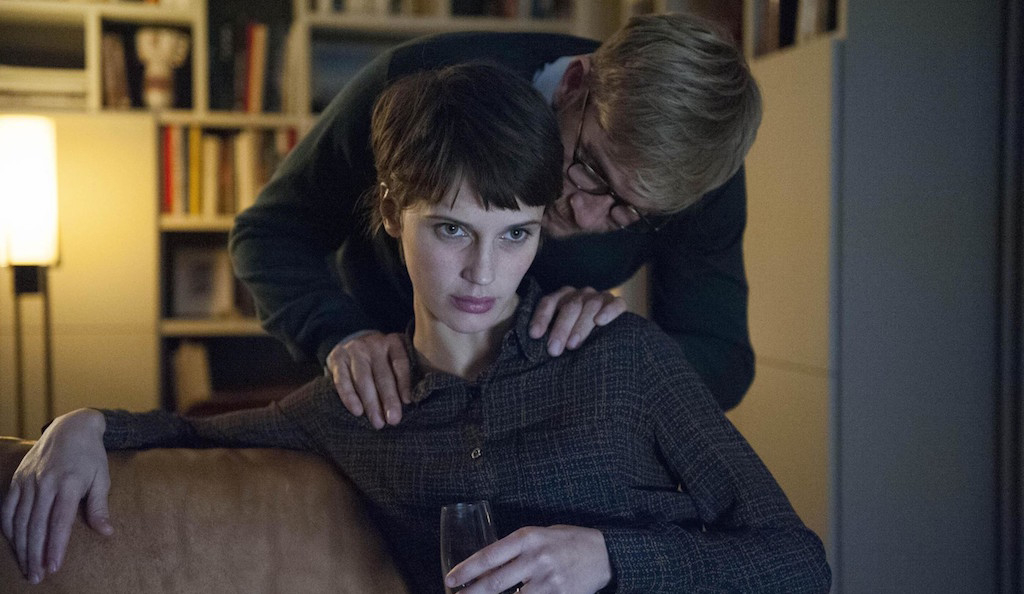 TRY CULTURE WHISPER
Receive free tickets & insider tips to unlock the best of London — direct to your inbox
But as wistful as we are, it’s important to remember that Cannes 2017 will not be forgotten. Its lessons will live on. Granted, these lessons come from watching 50+ hours of movies in a fortnight. But they are good lessons. Abide by them.
Russia is a total madhouse

We’ve never visited Russia. Now we’re not sure we want to.

That’s probably not fair: obviously filmmakers tend to depict the most grotesque and morally compromised elements of their countries, especially as ‘charming’ doesn’t cut it at Cannes. But the Russian tourist board (if there is such a thing) might want to look into how their country and countrymen are represented.

Kantemir Balagov’s Closeness (Tesnota) depicts the North Caucasus as a place where kidnapping is par for the course, and where even tight-knit communities won’t shell out for the ransom. The one Russian character in Gyorgy Kristof’s Out Russian character is a bananas ex-basketball player (she claims) who carries a stuffed rabbit corpse everywhere she goes.

And that’s not even getting onto Sergei Loznitsa’s A Gentle Creature (Krotkaya), a hyper-bleak odyssey through a land where everyone is either a gurning toothless yokel, a corrupt official, or a sociopathic criminal. Does Donald Trump know who he’s dealing with?

Long before he became Martin Scorsese’s muse, DiCaprio was just a pretty boy whose poster adorned the bedrooms of teenage girls. He could easily have ended up on the hasbeen pile when middle-age bloat took the edge off his cheekbones.

But Leo turned out to be a talented actor, winning Oscars and saving the planet. And now it looks like Robert Pattinson has the chops to outlast his own inhuman gorgeousness. After being fairly pleasant and sometimes ‘interesting’ in a series of post-Twilight films like Maps to the Stars and The Lost City of Z, he’s wowed everyone with his performance as a slippery skeezy criminal in Good Time.

Just remember, Rob: Leo had to play an untrustworthy crook like seven times before they gave him an Oscar, and even then he had to climb into a dead horse to get it. But keep it up, buddy.

If a film begins by staring into an orifice, watch out

The Killing of a Sacred Deer opens with a shot of a beating human heart, seen through a surgical wound held open with callipers. Likewise, L’Amant Double kicks things off with a long hard stare up the protagonist’s vagina. If that doesn’t make you pay attention, nothing will.

The problem we have with these two films isn’t to do with their openings, which are genuinely audacious and funny as well as totally yuck. No, it was everything that came after bothered us – mannered, silly, and self-indulgent filmmaking.

Perhaps this isn’t a coincidence. If a director thinks that he can reveal something of the human condition by sticking a lens into an orifice, then he’s probably got a limited idea of what it means to really get inside a character.

Need a plot? Murder a woman!

This trope is still alive and well, we see. Wind River begins with a beautiful 19-year-old running barefoot through the snow before her lungs explode from the sub-zero temperatures and she drowns in her own blood; likewise, the police investigation on TV show Top of the Lake is instigated by the discovery of a suitcase containing a woman so badly decomposed that we absolutely must look at her ruined naked body at every opportunity.

Apparently it helps if these women have something to do with sex. Wind River’s victim was raped by an intruder, and the Top of the Lake body belonged to a prostitute. Wow! Super highbrow and sensitive! Not at all gratuitous! Thanks Cannes!

Mixing 'art' and 'genre' doesn't always work, but the rewards are potentially huge

Everyone likes ‘genre films’. If you claim that the only movies you watch are sui generis and art-house, then you’re either lying or dead inside. Genre films (thrillers, horrors, rom-coms, etc.) exist to provoke certain base feelings – and who doesn’t like having their buttons pushed?

Most of the time, this button-pushing necessitates that genre films dispense with artistic refinement in the name of eliciting strong reactions. But the Cannes committee requires its films to at least pay lip-service to such refinement, and the results are mixed.

For many critics (alright, most critics – but we still think we’re right), Kornél Mundruczó’s Jupiter’s Moon was vacuous superhero movie with portentous religious overtones. And while some praised Taylor Sheridan’s Wind River and Lynne Ramsay’s You Were Never Really Here as films that knew how to ruminate as well as detonate, both films failed to do either, and they ended up as shallow clichéd dramas spliced to dissatisfying thrillers.

Only Good Time really managed to function as both a complex psychological portrait and a balls-to-the-wall genre flick, in part thanks to good old Robert Pattinson (see above). We might be overstating its artistic depths a tad, but Good Time is a blast, and if it’s arty enough for Cannes then it’s arty enough for you, peasant.

If you're going to revisit your past successes, it could go either way

After two weeks of squabbling over questions of cinematic merit, with critics trying to drown out boos with cheers and vice-versa, peace was finally restored by Roman Polanski, who generously submitted a last-minute entry that everyone could agree on. The festival thus ended on a conciliatory note, under the soothing consensus that Based on a True Story was not a good film.

There comes a point for many directors when they start to cover old ground. It can be a way of circling back to the themes that mean the most to them, furthering their understanding of themselves, revisiting youthful obsessions with the eye of sager artist. But sometimes they’ve just run out of ideas, and Based on a True Story is an example of the latter, being a rehash of Polanski's The Ghost Writer with elements of his other films thrown in.

More inspiringly, Noah Baumbach returned to the territory of his breakthrough movie The Squid and the Whale, giving us a virtual sequel in the form of The Meyerwitz Stories. Baumbach was smart enough to neither retell nor continue his earlier film, but to expand upon it, giving a more mature take on a familiar subject. Plus it’s funny as heck.