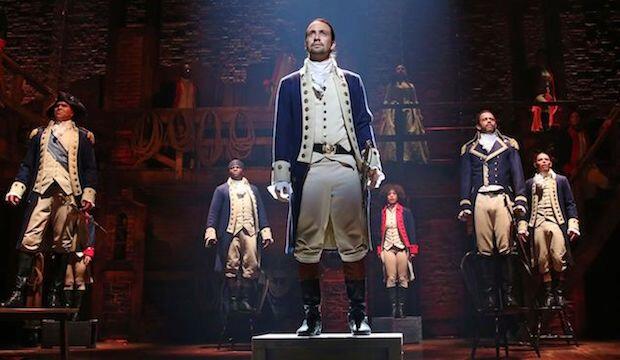 Hamilton, Disney plus: theatre streaming online
As most theatres across the UK remain closed to limit the spread of coronavirus, producers and performers are finding creative ways to ensure the show will go on.

Online streaming gives audiences a chance to experience live theatre from their own homes and creates opportunities for actors to stay in paid work.

Culture Whisper will update this list as more initiatives launch, keeping you up to date with the changing ways to connect and consume culture while theatres remain closed.

Faith Healer is showing from 16 - 19 September. Tickets are now on sale via the Old Vic website. Click here to book.
Letters

When the world went into lockdown earlier this year, many people took the time to write letters to their loved ones. Written between March and August 2020, Letters tells the story of the past six months and how people managed to come together even when apart. Co-directed by Nina Bowers, Yasmin Hafesji, Hannah Ringham, Moi Tran and Gate Artistic Director Ellen McDougall, Letters focuses on a different pair of performers each night, who, from their respective homes, open and read letters from one another live on screen.

Available from 14 September - 7 October. £10 to watch via Zoom live / £5 to watch a recording later. Book on the Gate Theatre website and watch via Zoom.Macbeth

Headlining the Belfast International Arts Festival (BIAF) is Big Telly's digital reboot of Macbeth. The production is director Zoe Seaton's fifth online project since lockdown and uses a cast of just five to tell the age-old tale. Seaton has worked on the production with senior programme director at Channel 4 News, Martin Collett, and the pair hope to instil in home viewers as heightened levels of suspense and tension as would be achieved in the auditorium.

Available from 14 - 30 October. Watch it via Zoom on the BIAF website.

User Not Found: A Video Podcast

What happens to your social media pages after you die? Such is the topic of Dante or Die’s play User Not Found, which was met with acclaim when it premiered at Edinburgh Festival Fringe back in 2018. Already a part-live, part-digital experience, the show’s creators Daphna Attias and Terry O’Donovan have since adapted it for a lockdown audience, transforming it into an ‘immersive video podcast’ to be watched on your phone.

Available for free from 10 September. Watch it on Dante or Die's YouTube channel.

Wise Children has announced the company is making its post-Covid return this autumn with a revival of artistic director Emma Rice's 2017 hit show Romantics Anonymous. The live production is being broadcast from the stage of an empty Bristol Old Vic theatre, and will be made available for audiences to stream from home.

Romantics Anonymous will be available to stream from 22 - 25 September via the Bristol Old Vic website. Tickets cost £15 per device.
Hamilton on Disney+

The original Broadway production of Hamilton, featuring Lin-Manuel Miranda himself as Alexander Hamilton, is finally available for fans around the world to experience. The 'movie' version is available to stream on Disney+ and if the trailer is anything to go by it captures the vitality of a live musical, with added drama and intensity from close up camera angles. Don't throw away your shot to see the hottest musical in the world right now.

Original Theatre Company commissioned this new short play especially to be produced and filmed while theatres remain closed. Based on Louse Coulthard's award-winning play Cockamamy, Watching Rosie is a heart-felt exploration of experiencing dementia during lockdown. Funny and sad in equal measure, it stars BAFTA-winning actress Miriam Margolyes as woman struggling to make sense of the sudden changes in her life.

Free to stream, but donations are encouraged to support Dementia UK
Watching Rosie is available to watch from Thursday 6 August until 30 September. Click here to watch.
CirqueConnect with Cirque du Soleil

Get a close-up view of jaw-dropping acrobatics courtesy of Cirque du Soleil. The world-famous circus troupe is streaming highlights from their back catalogue of shows via a new online hub, CirqueConnect. There's a selection of 60 minute shows, from sing-a-longs to unfeasible physical feats. Best of all, everything is free to stream and family friendly.

When Les Misérables was briefly suspended due to refurbishments on the Sondheim Theatre in 2019 a whole host of stars and musical theatre legends, including Alfie Boe, Micheal Ball and Matt Lucas, came together for a sell-out concert version of the show. Now a recording of the Les Mis concert is available to download and watch online. Each download will raise money for charities supporting performing arts and the NHS. Producer Cameron Mackintosh says: 'we hope that fans and everyone who loves the theatre will be reminded of how special a theatrical experience can be, going to the very heart of our British culture'.

With over 130 filmed productions, the Globe Theatre's on-demand-video service means there's more than enough Shakespeare to see us through theatre closures and quarantine measures. Relive Mark Rylance and Stephen Fry's star turns in Twelfth Night, get up close to Jonathan Pryce as Shylock in Twelfth Night or watch Michelle Terry playing the tragic prince in Hamlet. With a wealth of talented actors and and an emphasis on the spirit and atmosphere of Shakespeare's text, the Globe productions bring the bard to you. It's especially valuable for parents trying to ignite a love of theatre and support children their Shakespeare set texts.

Much of the Globe Player has been made free while the theatre is closed and there is also the option to rent certain productions (£4.99), own them (£12.99) or send them as a gift (£12.99). Click here to explore and stream. The Show Must Go Online At Curve

Leicester Curve is making quality regional theatre globally accessible during lockdown by bringing its archive of performances online. Recorded productions of Memoirs of an Asian Football Casual and The Importance of Being Earnest and Joe Orton's What the Butler Saw are all available to stream online.

Click here for the Leicester Curve online archive
A feast of Theatre, Dance and Opera on Marquee TV

Get a 30 day free trial of Marquee TV to binge on recorded productions from the likes of the Royal Shakespeare Company, the Donmar Warehouse, the Royal Opera House, Glyndebourne and many more. You can re-live favourites, discover thrilling new shows and curate your own packed cultural schedule, all without leaving the house.

Click here for the free trial
The Show Must Go Online

Why not spend all these free evenings at home getting to grips with the complete works of Shakespeare? The best way to appreciate and enjoy the bard is to experience his plays performed by talented actors. Newly launched and brilliantly named initiative The Show Must Go Online will live-stream performed readings of The Complete Works of Shakespeare. The plays will be performed by a group of actors in the order in which they were written, giving viewers a full overview of literary history.

Producer Robert Myles described the enthusiastic reaction to the launch of The Show Must Go Online: 'so many professional actors and experience amateurs were willing to donate their time to entertain each other, and an audience. The mix of people...[are] all brought together by their love of Shakespeare'.

A host of acting and writing talents including Hugh Dancy, David Lindsay-Abaire, Jesse Eisenberg and Stephen Adly Guirgis feature in a series of viral monologues. New monologues are released every 15 minutes on Instagram TV on the @24hourplays page. The short, free-to-watch micro plays make it easy to inject a little culture into your day and to elevate your Instagram grid with some quality theatre.

The production company behind London's Theatre Café have launched Leave a Light On, a series of live-streamed concerts from a mix of prestigious West End performers and bright new talents. The intimate piano vocal concerts will be broadcast online live from The Theatre Café in Leicester Square and can be enjoyed for a small fee.

From Monday 23 March there will be three concerts each day. Details will be posted here when confirmed.
Sir Patrick Stewart's daily sonnets

Sir Patrick Stewart is giving us all a daily boost. The seasoned Shakespearean is reading a different sonnet every day and broadcasting on his Twitter page. Announcing the undertaking, he said: 'When I was a child in the 1940s, my mother would cut up slices of fruit for me (there wasn't much) and as she put it in front of me she would say, "An apple a day keeps the doctor away." How about, “A sonnet a day keeps the doctor away”? So...here we go: Sonnet 1.' Shakespeare wrote 154 sonnets, so that gives us plenty of material to cover self-isolation.