Conor McPherson (Girl from the North Country, The Weir) has assembled a starry team to transform Chekhov's Uncle Vanya for a new West End production. Together with prolific director Ian Rickson, who last worked with McPherson on The Weir, the Olivier-winning playwright has kitted out the 1898 classic with topical environmental references and wry one-liners that make the aching core of the story feel relevant in the present day, while leaving much of Chekhov’s original ennui preserved.

Bafta-winning stage and screen star Toby Jones (Infamous, The Hunger Games) plays the titular Uncle Vanya, while designer Rae Smith (The Girl From the North Country, Barber Shop Chronicles) transforms the play’s setting of a crumbling countryside estate into a gorgeous, naturalistic reality. The high-ceilinged, wooden-floored drawing room is infiltrated by the outside world, which bears in on it oppressively, moss creeping up through the floorboards while foliage from the forest beyond snakes across the ceiling. 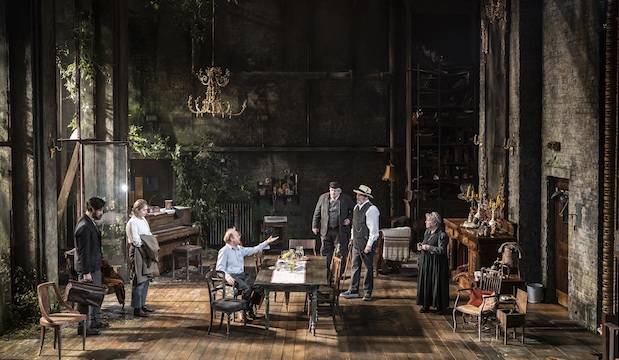 Chekhov’s four major plays are each set on rural estates and concern bored characters itching to escape their lot in life and/or the prison-like confines of their surroundings, so if you're questioning exactly which one Uncle Vanya was, here’s a refresher: set in a decrepit, countryside home, Uncle Vanya sees the dull, provisional world of its titular character and niece Sonya (Aimee Lou Wood) shatter when Vanya's widowed brother-in-law, the professor Serebryakov (Ciarán Hinds) returns to the house – which he owns, but in which Vanya lives – with a young and attractive new wife Yelena (Rosalind Eleazar).

Both Vanya and his friend, the local doctor Astrov (Richard Armitage), are captivated by Yelena, much to the despair of Sonya, who is quietly in love with the doctor. 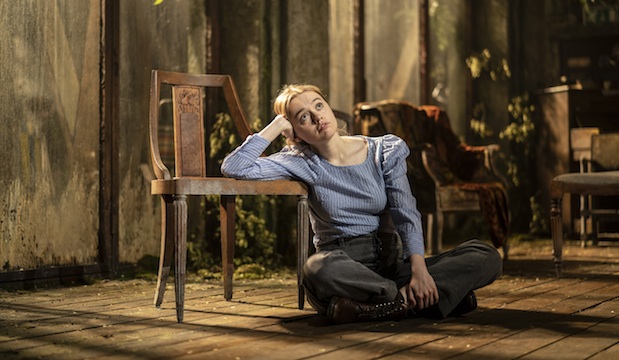 With the arrival of these seemingly prosperous visitors, Vanya and Sonya begin to feel stifled by the insular confines of their own lives – and emotions that have bubbled beneath the surface begin to boil over. But everybody is troubled in this restless house and most are heavy with regret over something. Tensions build and are eventually brought to a gun-wielding climax (which in this particular production might lead you to question where said gun appeared from and what Chekhov would think about its sudden appearance).

Little action actually happens in Uncle Vanya before its climactic denouement, but don’t worry: the boredom playing out on stage is not contagious. Rickson complements McPherson’s witty script by bestowing Jones’s Vanya and Wood’s Sonya with moments of pure clowning. From Jones bowing behind the professor’s back and later crawling into the cupboard on his late-night gallivant with the doctor, to Wood leaning up in a failed attempt to kiss the doctor, these gestures are always appropriately timed – earning well-deserved laughs. 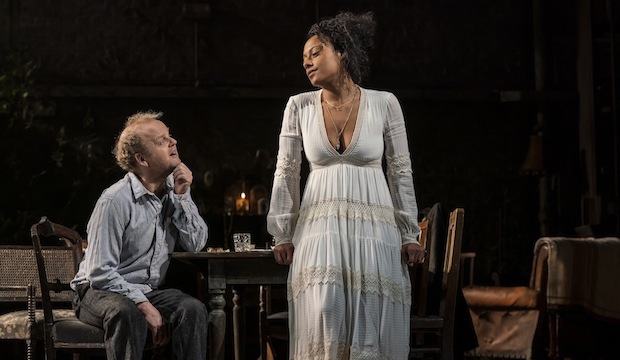 Jones plays Vanya with a lecherous, visible hunger for Yelena. Through strokes, prying stares, frenzied dances and verbal requests, he begs her to love him. Meanwhile, the confidence and bored self-assurance of Eleazar’s Yelena makes the jittery fretfulness and awkward goofiness of Wood’s duty-bound Sonya all the more stark in comparison. When left alone, each of these three characters breaks the fourth wall to share with us the inner yearnings they struggle to articulate in the company of others.

But it’s the doctor who's given a 2020 makeover by McPherson. The character’s usual philosophical broodings on the state of the land are taken further here as McPherson presents us with an environmental warrior who moonlights as a one-man forester and bemoans the plight of vegetarians like himself. All of which is very compelling, when delivered with passion through the deep-voiced Armitage.

Aside from the references to dwindling forests and the climate crisis, a revolutionary Uncle Vanya this is not. Rather, McPherson and Rickson present a safe production that's a homage to Chekhov’s original and set in roughly the same era (shortly before the Russian revolution). It’s Uncle Vanya as you know it, bolstered by Smith’s stunning set and a stage brimming with strong performances.

Tickets for Uncle Vanya at the Harold Pinter Theatre are on sale here.