Billie Piper reprises her role for a re-run of the Young Vic's triumphant, sellout Yerma

We said it in 2016 and we'll say it again: be ready to book. This is theatre at its most must-see.

Public booking for Yerma at the Young Vic 2017 opens at 10am on Wednesday 1 February. Click here to book.

In the best thing we’ve seen at the Young Vic since A Streetcar Named Desire, Lorca’s Yerma is dragged into modern day London. The result is astonishing.

It’s hard to reconcile this urgent, archly relevant story of infertility in the age of feminism, ovulation tracking apps and IVF with a Spanish play written in 1934. Yet Simon Stone’s radical retelling of Yerma is as respectful to the original as it is innovative.

A stark glass box stage makes us voyeurs, intruding on the intimacy of a couple’s first night in their new house. Billie Piper's Yerma, a sparky thirty-something journalist/blogger, is instantly familiar but without a scrap of cliche or simplification.

She fizzes with life when she and her partner (played superbly by Brendan Cowell) decide to try for a baby, but remains constantly skeptical and self-aware of her own desire to be a mother. This is a woman who shaves her genitals to please her partner and keeps her armpits hairy for feminist credentials; the contradiction is celebrated, not ridiculed. And it's such humanity that makes this story really get under your skin.

Knowing laughter abounds at the celebratory stomping upon Yerma's birth control pill. Acidic humour comes courtesy of on-the-nose cultural references, captured honestly and without the cover of parody. The pacy production gets sharper with each clearly delineated section. Trying for a baby becomes a frustration, a failure and a suffocating obsession. Time shifts forward in chapters, punctuated by titles and dramatic opera.

We see visionary echoes of the Spanish original: candid blog posts are modern Yerma's version of Catholic confession; the climactic festival of fertility rites becomes a delirious, druggie nu-Glastonbury, complete with wellies and rain. Despite the inevitability of the tragic thrust, there's a lingering sense of the unknown (no matter how well you know Lorca's original).

On paper a story about a wealthy, successful, beautiful woman unable to conceive is just one more disappointment in an unjust world. But Piper's performance forces you to be a part of this particular agony, examining it from every angle with uncomfortable intensity. We titter at her fertility smoothies and sob in sympathy when others fall pregnant accidentally.

This is no flat fable about 'leaving it too late'; there's no reliance upon hollow concepts of 'hysteria' or 'madness'. Not only do we fully understand the agonising extent of Yerma's suffering — we feel it too, like an empty ache in the stomach then a knife in the gut.

Book fast or join the day ticket queue; this is unmissable theatre. 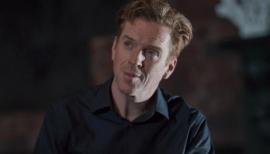 The Goat, or Who is Sylvia? Theatre Royal Haymarket review