This superlative revival of Stephen Sondheim's masterpiece has substance, form and a formidably talented team – now there's another chance to see it

The seven times Tony award-winning Follies captures a moment in theatre history – when the mainstay Broadway revue shows that dominated entertainment in the interwar years reached the end of their reign.

Inspired by the real Ziegfeld Follies, and drawing on the same all-singing, all-dancing backdrop as beloved musicals Gypsy and Funny Girl, the show revolves around a reunion party of former Follies showgirls from 1918 to 1941.

The grand old theatre is in ruins, all faded velvet, dust and rubble, about to be turned into an office block. Glossy young chorus girls stalk the stage, each a glittering ghostly counterpart of the returning women. The costumes, designed by Vicki Mortimer and sponsored by Swarovski crystal, are pure opulence and the whole aesthetic is of irresistible, old-fashioned razzle-dazzle. But there’s a whole lot more to this musical than highkicks and headdresses.

TRY CULTURE WHISPER
Receive free tickets & insider tips to unlock the best of London — direct to your inbox
Instead of a straight plot, Follies embodies a tangle of emotions. It’s a study of nostalgia, from the rosy glow of recaptured youth to bitter, stultifying regrets. Director Dominic Cooke emphasises the interplay between past and present with a young and older actress playing each character, standing side by side on stage. We get witty insights into all the former Follies girls, but the show zooms in on two women, their husbands and the underlying agony of unrequited, unfulfilled love. Imelda Staunton is on her usual magnificent form as smiley, soulful Sally and Janie Dee is the perfect foil as waspish Phyllis. Watching either one of them live is An Event. Together they are sensational. 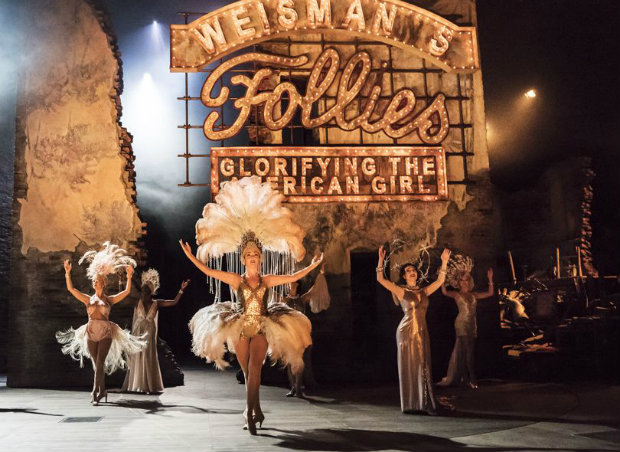 We get big, belting Vaudeville revue numbers and deep, tender book songs: Follies is the musical that gives you both – in abundance. It was the birthplace of some of Sondheim’s best ‘character songs’ – the likes of ‘Could I Leave You?’, ‘The Right Girl’ and ‘In Buddy’s Eyes’. They take us deep into the psyches of main characters with the complexity and clout that earned Sondheim the title ‘musical dramatist’, with comparisons to Tom Stoppard or Edward Albee.

Then there's the Big Show Tunes, songs drawing on the glorious golden age of entertainment and a dreamy Love-Land sequence that combines psycho-analysis with candy colours and chorus line kicks.

At over two hours with no interval and with more singing, dancing and emotion than most of the West End put together, Follies is an intense experience. It's a feast for the senses and the mind; you leave reeling a little. But substance, form and a formidably talented team make this revival unmissable. 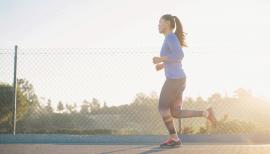