Katherine Parkinson dazzles like a newly cleaned surface in this incisive critique of what happens when nostalgia goes too far.

Meet Judy: a woman arming herself against the modern world with a duster, a cocktail mixer and a pair of teetering heels. Judy has chosen to go back in time and live life as authentically as she can as a 1950s housewife. But as she roots herself firmly in the past, the modern world keeps banging at her perfectly painted door.

Katherine Parkinson, BAFTA award-winning actress of The It Crowd and Humans, is magnificent as a jittery, bustling and desperate Judy. Parkinson deftly communicates the searing agitation underneath Judy’s unwavering smile as she becomes trapped into thinking that the aesthetic of a happy, simple life is more important than acknowledging the despair that is seeping into her and her husband’s household. Parkinson’s Judy never quite lets go of her self-imposed restraint, even at her most vulnerable.

Playwright Laura Wade made waves in 2010 with her Royal Court play Posh, a cutthroat and wry analysis of British social structures and injustices. In Home, I’m Darling there is an abundant ease in Tamara Harvey’s direction that makes Wade’s script dance on the stage; the audience delights as Wade’s sharp-witted gags pop and sizzle, hitting their mark each time. 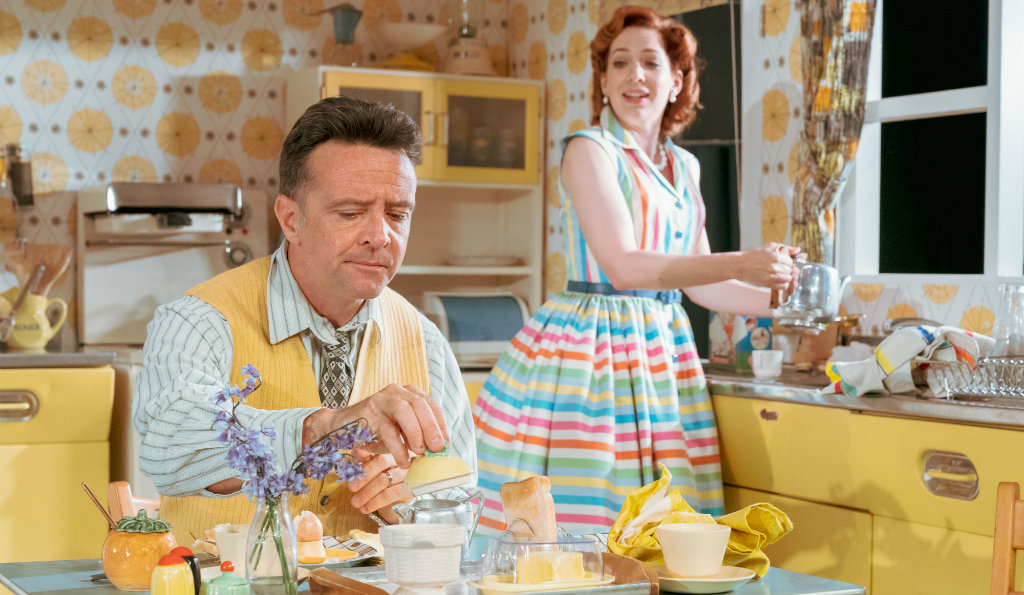 A real highlight comes when Judy’s CND-protesting, commune-living mother Sylvia (Sian Thomas) annihilates her daughter’s fantasies by giving a rousing diatribe on why the 50s were a horrendous time to live as a woman: having to huddle by the oven for warmth, while the hands of your husband and any other man grab at you, as you contemplate the dread of eating that new mould-based dairy product ‘yoghurt’.

This is a play of ideas. Wade’s penmanship nimbly tackles the fantasies of domesticity, the empty nostalgia of a simpler time, the stereotypes of gender, and the battle between the different waves of feminism. Although the narrative is slim, it makes space for an incisive character study of a woman driven to destructive absurdity by her unrelenting fantasies of a pristine, perfectly petticoated life.

Both fabulously funny and a revealing dissection of womanhood, Home, I'm Darling scrutinises both the fabricated image of domestic goddesses from the 1950s, and what it means to be female today post the #MeToo movement. 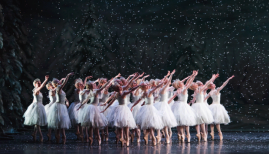