TRY CULTURE WHISPER
Receive free tickets & insider tips to unlock the best of London — direct to your inbox
If the details of the 17-year reign of this pharaoh slip your mind, here an opportunity to revisit Thebes in the 14th century BC and the singular world of Akhnaten. He is a leader like no other and also like countless others, oblivious to his people, obsessed with a project irrelevant to their needs. In his case, the project is abandoning the many gods of his ancestors, in place of the one, sun god.

We visit this rarified world by cracking open the mummified remains of his father, from which the new, spotless pharoah emerges. And through the twin prisms of Victorian amateur archaeology and modern tourism, we re-enter Ancient Egypt to the sound of Glass's deceptively restless music. Like echoes from the past, its phrases evolve imperceptibly, as hard to define as the shifting contours of sand dunes. 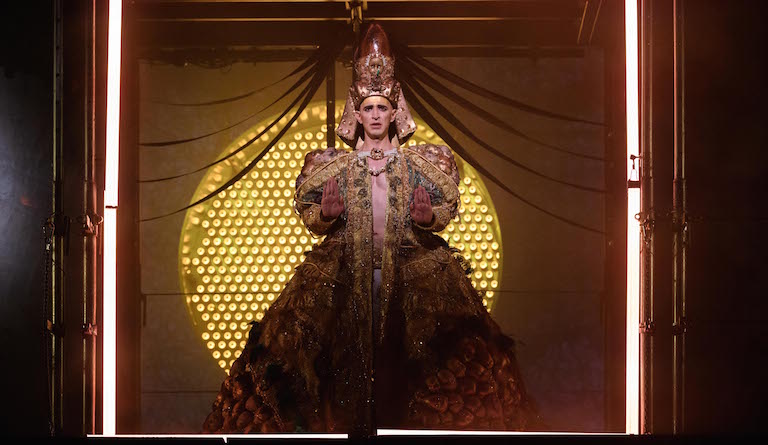 Conductor Karen Kamensek, who specialises in Glass's music, spins the seemingly endless thread that is this entrancing score.

While a privileged, single-minded life unfolds at a speed that feels as though it could be everlasting, the more urgent movements of reality are represented by the quick-fire moves of the Gandini Juggling Company, whose tricks reference practices in ancient Egypt and other cultures, as told by tomb paintings.

The three acts have no conventional libretto, but rather, untranslated texts in ancient languages, including Hebrew and Akkadian. The words don't matter a jot. In fact, the sporadic declaiming in English by a Scribe (Zachary James), if anything, tends to break the spell. For this is pure magic: a hypnotic, mesmerising experience that slows the pulse and quickens the heart.

I compared notes with others: three of us all drifted into a delicious semi-consciousness at the same time – during the snail's-pace ascent of a staircase... 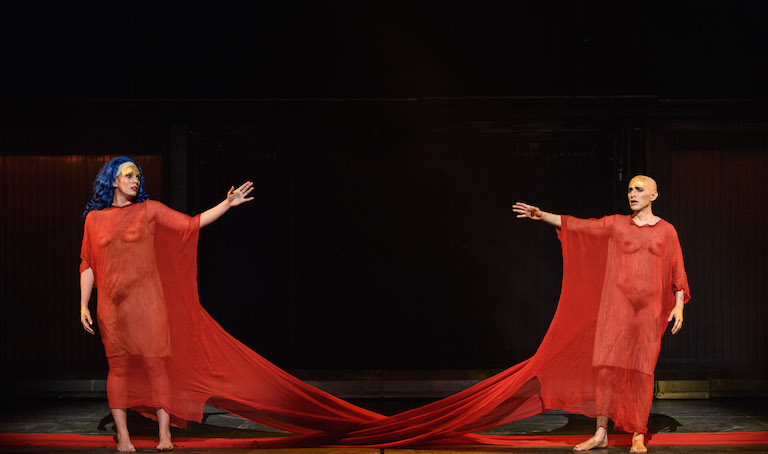 While Costanzo's captivating performance in the title role dominates the evening, the two women in Akhnaten's life, his wife and mother, are sung with charm but also with the urgency of observers who see a loved one bound for self-destruction. Rebecca Bottone reprises her 2016 role as the mother, Queen Tye: a Queen Mary lookalike with her bustle, pearls and furs raided from Africa.

Katie Stevenson as Nefertiti is entrancing as the sexually ambiguous female alter ego of Akhnaten; the couple's second act duet reawakening the gods of Handel and Monteverdi. Their six daughters, literally and metaphorically bound together, are beautifully sung and their disappearance, as one, is affecting.

Through the remote world of these three creep the ordinary people, who will not stay in the background for ever. Symmetry gives way to disorder: another pharoah is on the horizon... 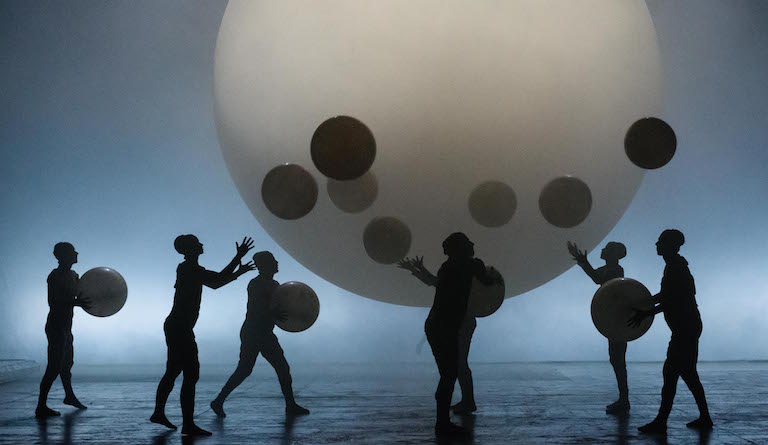 Creating this dream world is designer Tom Pye with magical lighting by Bruno Poet. The spectacular costumes of Kevin Pollard combine the lavish glamour of that other great Egyptian opera, Aida, with spare and gauzy simplicity. When Akhnaten falls to the ground in a leafy white wrap, he all but disappears – a flamboyant butterfly gone and a cocooned grub in its place.

The Orchestra and Chorus of English National Opera, on the other hand, never falter, conjuring up voices and sounds from the ancient past to create an unforgettable and contemporary occasion. Catch this, whatever you do, before it slips away.

'Akhnaten' is sung in ancient languages with no surtitles. Further performances on 21, 23,28 Feb; 2, 7 March.
by Claudia Pritchard

The Best Winter Dance and Opera at the Royal Opera House 2018/19
Sign up to CW’s newsletter
By entering my email I agree to the CultureWhisper Privacy Policy (we won`t share data & you can unsubscribe anytime).