No one would have blamed soprano Mandy Fredrich if she had made her first entrance with carry-on luggage. She had landed two hours before curtain up, went on without a rehearsal and won the hearts of her audience even before she sang a note.

That she should then sing like an angel was a bonus, and totally apt in a piece about demonic interference. Brava La Mandy! Her story will be told for years, not least of all because she was a replacement for a replacement... Irina Lungu was to have sung the role originally taken by German soprano Diana Damrau, who pulled out with a slipped disc a week before the show opened. Just goes to show, you can never have too many sopranos in the world. 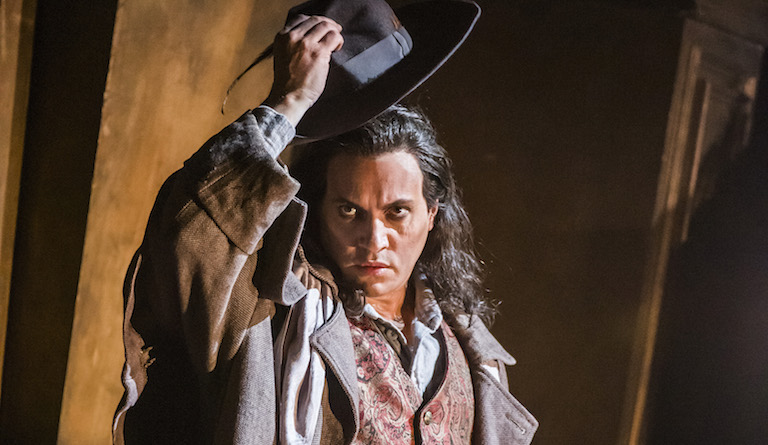 Also oft told is the Faust story, based on a real 16th-century academic who is wiling to give up everything for knowledge and pleasure. Charles Gounod's sprawling 1857 opera is based largely on Goethe's version of the cautionary tale: a man disillusioned with life sells his soul to the devil, enjoys a brief period of hedonistic delight, but is ultimately doomed to relinquish everything to fulfil the pact.

On first night, the audience held its breath twice, as news of the jet-propelled Marguerite was coupled with a health bulletin. Uruguayan bass-baritone Erwin Schrott was also under the weather, said director of opera Oliver Mears from the stage. But... he would valiantly go on. Personally, I would rather Erwin Schrott off-colour than many artists at their best, and if the bug gave him a little extra chesty opulence, no one was going to complain. Dark, dashing and brooding as Mephistophélès, his is a star turn – think Poldark with better tunes. 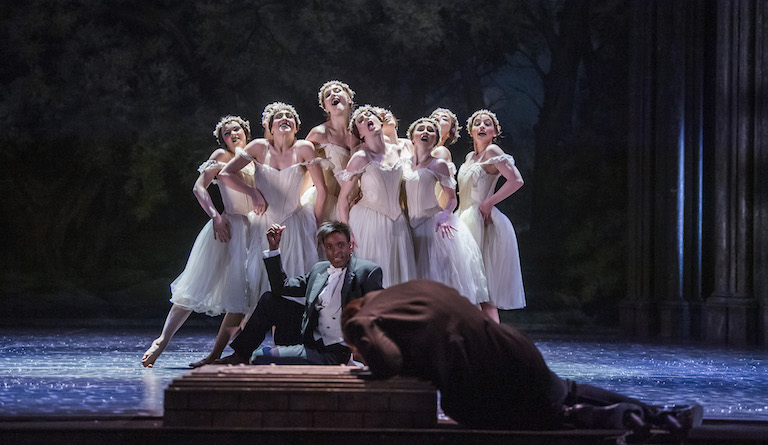 As hapless Faust, US tenor Michael Fabiano has a tendency to sing in exclamation marks, and some passages are so high he might have met Mandy Fredrich stacking over Essex had she been delayed, but he is a terrific vocal and physical match for the powerful Schrott, and it works to have these two larging it as brothers in crime.

Faust's crime is to dally with the innocent Marguerite and leave her pregnant and therefore rejected by all in her buttoned-up society. She kills her child, and only death brings relief.

This production dates from 2004, and holds up well. In Charles Edwards's suitably sensuous design images of the church loom large – a towering organ, gothic arches – and the dance between righteousness and wrongdoing is a literal one in the writhing choreography of Michael Keegan-Dolan, top-hatted Yasset Roldan particularly eye-catching. Costumes by Brigitte Rieffenstuel are by turns decorous and decadent. 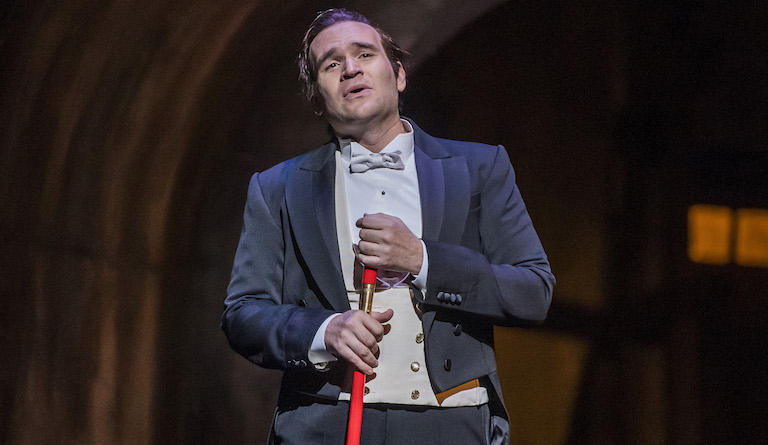 US tenor Michael Fabiano in the title role of Faust. Photo: Tristram Kenton

Dan Ettinger conducting the Orchestra of the Royal Opera House made chinks in the wall of sound for lovely solo work, and the Royal Opera Chorus gives its best in the big, big numbers. The soldiers' chorus is one of those numbers people everyone recognise and it, plus the soaring last act trio, are reasons enough to catch this show.

Marguerite's angry brother Valentin is sung with passion and musicality by Stéphane Degout, and the very able Marta Fontanals-Simmons, recent star of The Monstrous Child, is physically and vocally agile as Marguerite's disappointed beau, Siébel. 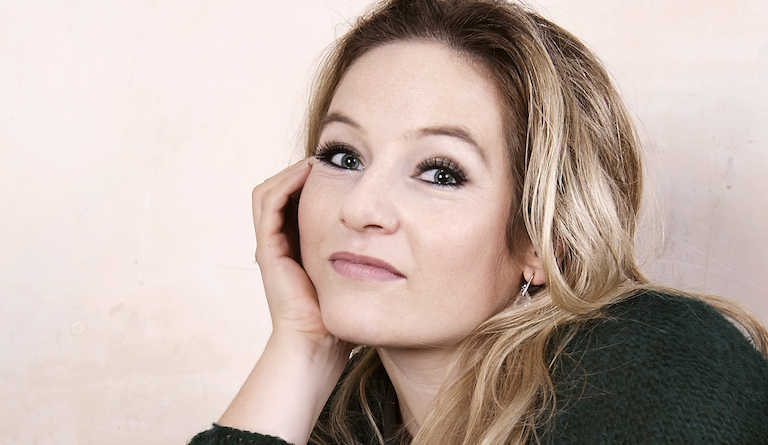 As the amazingly composed Fredrich took deafening curtain calls, the question all over the house was, how would we do this if Brexit happened? This singer got the call on a train from Berlin to Bonn on the day of the show. She bailed out at Hanover and flew to London via Amsterdam. She was picked up at London City by an assistant director who talked her through the show in the taxi on the way to Covent Garden. Free movement of persons: it's not such a terrible thing.

Faust is sung in French with English surtitles. The production is a collaboration with the Opéra de Monte-Carlo, the Opéra de Lille, and the Fondazione Teatro Lirico Giuseppe Verdi, Trieste. Performances are on 1, 18, 25, 30 April; 3, 6 May. The opera is relayed live to cinemas across London, Tues 30 April: click here for details and booking
by Claudia Pritchard