Power, overweening ambition and the inevitable fall are at the heart of Mussorgsky's epic opera, returning to Covent Garden with Bryn Terfel in the title role

TRY CULTURE WHISPER
Receive free tickets & insider tips to unlock the best of London — direct to your inbox
The guilt that looms over his every act, good or bad, as newly chosen Tsar of Russia stems from an incident in the 16th century that, like the murder of the Princes in the Tower, has divided historians for centuries. Musorgsky's opera, with his own libretto based on Pushkin's play, chooses which side to take: as this Royal Opera House production graphically illustrates, ambitious Boris ordered the slaughter of Ivan the Terrible's child heir, an act that haunts him for the rest of his life.

A split stage in Richard Jones's 2016 production, revived with Gerard Jones, succinctly demonstrates in Miriam Buether's design the haves and the have-nots. Above, the comfortable and influential life of the prosperous and decision-making boyars, in their gilded halls; below, the increasingly wretched existence of the peasantry, at a time of famine that even Godunov, who dispenses food and gold, cannot relieve. 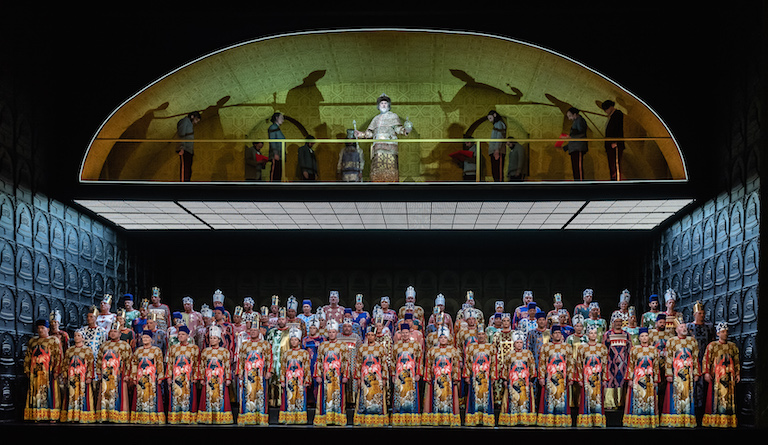 It is in the golden apse that little Dmitry has his throat cut as he plays with his spinning top. The slightly stylised scene plays out again and again in the Tsar's mind, and in the audience's sight. Steel yourself. Only with the sacramental enthronement of the new Tsar is the stage flooded with dazzling colour, ceremonial robes by Nicky Gillibrand a tapestry of ruby, sapphire and gold.

Boris Godunov was much revised by Musorgsky himself, and 'improved' by later composers. But here is the intense 1869 original, with its clear and direct storytelling. Despite the great set-pieces, the staggeringly rich orchestration and the reminder, in the form of a sprawling map, of the scale of the Tsar's lands, it is essentially an intense psychological portrait of a flawed man in decline.

The storytelling is at its most compelling when the bass Matthew Rose, as the chronicler monk Pimen, unfolds to a novice, Grigory, the recent history of Russia and its tsars. This massive tale he spins with the impeccable timing and phrasing that are the hallmarks of Rose's flair for narrative. He has the finest actors' gift for pulling you to the edge of your seat. It's not often you find yourself thinking, oh tell me more about 16th-century tyrants, do. 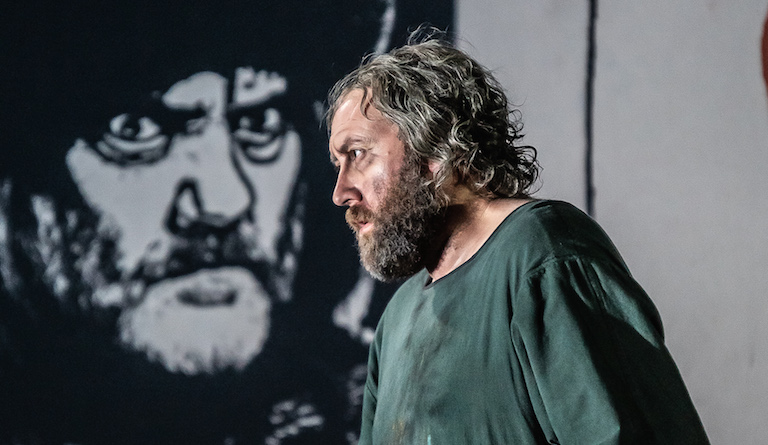 Pimen's portrait of the child Dmitry, with his distinctive red hair, makes fiery-headed Grigory believe he can break free of his holy orders, impersonate Dmitry, whose demise has been questioned by some, and challenge Boris. Already maddened by guilt, news of this assault on his power pushes the Tsar to the frazzled edge. Tenor David Butt Philip is, by contrast, fresh and focused as the young pretender.

No one does mad, staring eyes across a packed auditorium like Bryn Terfel, and the occasional rawness in the gigantic voice only compounds his underlying vulnerability. As his character falls apart, the roar thins to a hollow rasp, and as life slips away, Boris collapses into his massive, mane-like coat, a mighty lion finally floored.

Terfel has stepped across to this role straight from his terrifying Scarpia in Puccini's Tosca, so performing two roles in the same house back to back for the first time in his illustrious career. It's quite a feat. 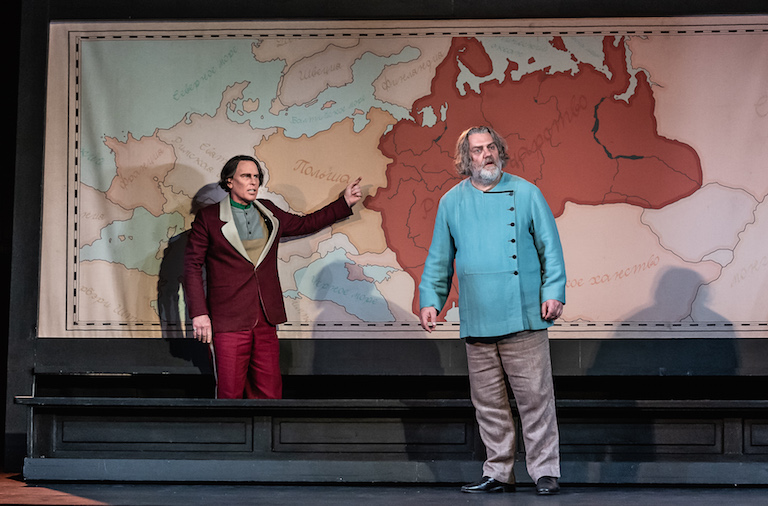 There is an exciting conducting debut by Dutch National Opera's Marc Albrecht, the magnificent and vast Royal Opera Chorus on tremendous form, and the Orchestra of the Royal Opera House resplendent in Musorgsky's lavish score. Also making a thrilling house debut, Russian baritone Boris Pinkhasovich as the clerk of the boyars. Listen out for more from him.

Sung through without an interval, one hour in there is light relieft in the form of a comical music-hall turn from Covent Garden veteran John Tomlinson as the maudlin drunk Varlaam, snuffling and grunting to his first drink like a warthog at the watering hole. Sidekick Harry Nicoll as Missail accompanies Varlaam's hilariously rambling song – on the spoons.

From spoons to splendour, this is a spellbinding evening. And alongside the singular story of Russia's Boris run the political truths that never date and that cross borders. Of the people, it is observed: 'They believe any lies they are fed. They are impressed by audacity.' Remind you of anybody?

Boris Godunov is sung in Russian with English surtitles. Further performances are on 22, 25, 27 and 29 June; 3 July.
by Claudia Pritchard 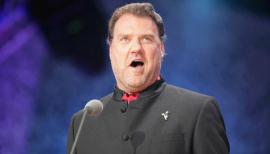