Mozart's comic opera returns to Covent Garden in the David McVicar production that has become a modern classic. The starry cast is led by Christian Gerhaher and Simon Keenlyside

TRY CULTURE WHISPER
Receive free tickets & insider tips to unlock the best of London — direct to your inbox
Conductor John Eliot Gardiner, bouncing the brio of his early music repertoire to the large stage of Covent Garden, needed eyes everywhere to hold together the rangy Orchestra of the Royal Opera House with its wild horns and maverick continue, the vast cast of principals (Mozart at the height of his powers unstoppable at this point) and the busy chorus, peppered with busy actors.

At the heart of The Marriage of Figaro is a web of deceit and confusion, and in David McVicar's attractive 2006 production revived as the 2018/19 ROH season comes to a cheerful close, the silken threads are skilfully woven. 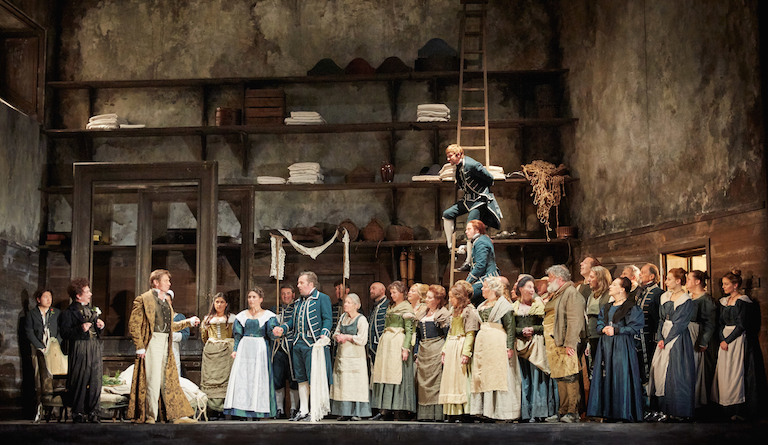 Figaro is manservant to Count Almaviva, who is bored with his marriage and hopes to exercise his droit de seigneur on Figaro's bride, the resourceful Susanna. But she and the Countess have other ideas, while the hangers-on are in turmoil over a debt that could bind Figaro to the older Marcellina.

With more breeding than brains, baritone Simon Keenlyside's Count Almaviva flails in a state of bewilderment, constantly outwitted – and occasionally drowned out by the banter and the band. There is a touch of the Bullingdon Club about this Count, in a production with sumptuous 19th century designs by Tanya McCallin.

The great German baritone Christian Gerhaher, making his house role debut as Figaro, is a practised Almaviva himself. The demotion in rank – though not in musical demands – results in a rather stately manservant, at his best in the chattering recitative and in his final aria, confiding in the audience. Gerhaher is a noted lieder singer, a tremendous teller of tales in music. But he does not feel like a natural Figaro, and there were wayward moments in the ensemble singing. 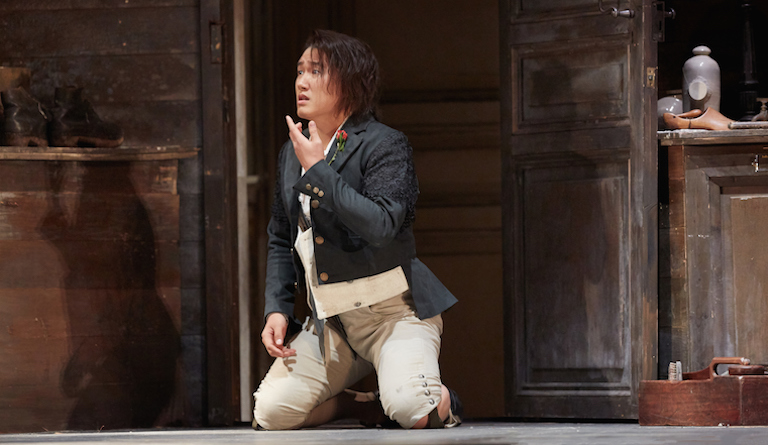 In Enlightenment Seville, Almaviva has caught the bug for scientfic experiment, toying fruitlessly with a baffling machine in Act Three. The contraption is a wonderful metaphor for this opera, with its many working parts, a relentless pulse like the finely balance mechanism of an antique timepiece driving the comedy to its exultant ending.

American soprano Joélle Harvey as Susanna is in many ways the stand-out star of this production, singing what is considered, for all the Toscas and Normas, the longest soprano role in opera. She is rarely off-stage, required in duets, trios and larger ensemble numbers. Then, three hours in, she has her own big Act Four aria, a box-fresh melody wrapped in a tissue of deception, because she knows jealous Figaro is listening in. Harvey is mistress of all this vast role demands, and is simply lovely to listen to.

All ears were on the Korean-American counter-tenor Kangmin Justin Kim singing the oversexed adolescent Cherubino, a 'trouser role' normally sung by a mezzo-soprano, and a cross-gender casting first. This is a phenomenal voice, athletic and with personality, but Mozart wrote Cherubino's arias knowing that the female voice tends to bloom at the top, where the counter-tenor voice may reach but thin out.

Nevertheless, this is a voice we are sure to hear much more of, notably in Handel. In the meantime, there are already many fewer roles for women than for men in opera. Hands off our parts, gentlemen, please... 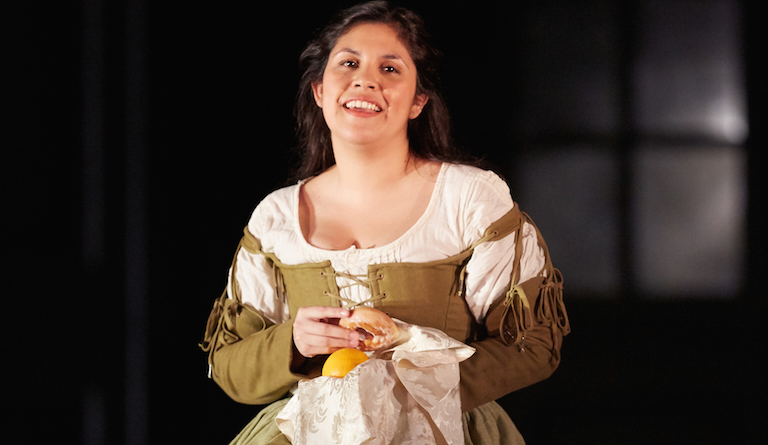 Julia Kleiter as the deserted Countess gives a mournful performance, her 'Dove sono' sung a little sharp, which we will blame on the weather, which does funny things to the best of instruments. Diana Montague gives Marcellina unusual elegance and charm, and there is a delectable performance from Italian bass Maurizio Muraro as puffed-up Bartolo, and a gorgeous cameo from Alasdair Elliott, rock solid in the ensemble numbers where others were blown off-course by the summer breezes.

Listen out again for delightful Yaritza Véliz, a Jette Parker Young Artist, clear as a bell in Barbarina's Act Four aria. Here was an arresting turning point in the evening, the first autumn leaves falling on the long, hot Spanish summer (ours too, probably), and this intelligent production, so tuned into the music, hearing in Mozart's change of mood the first low whisper of winter.

Put off that unhappy moment in your own year: catch this madcap, heated, spectacular production, lose yourself in the towering rooms of a lavish palace. And thank your lucky stars you never have to sing the longest role in the soprano repertoire when it is 34C in the shade.

Best summmer Dance and Opera at Covent Garden to book now
Sign up to CW’s newsletter
By entering my email I agree to the CultureWhisper Privacy Policy (we won`t share data & you can unsubscribe anytime).