How much do you give up for love? So much that you are no longer the beloved person? That is the dilemma for the water nymph in Dvorák's traditional tale

Yet this is not Hans Christian Andersen's Little Mermaid, or even the very smart Disney film of that story; instead we are in Slavic folklore, and the sprite is a rusalka, although she will – literally – tread a similar path.

In Melly Still's powerful 2009 production for Glyndebourne Festival Opera, with stunning design by Rae Smith, Rusalka's two worlds – the water and the palace – are vividly created. One is alive with strange creatures; the other studded with vacuous humans. 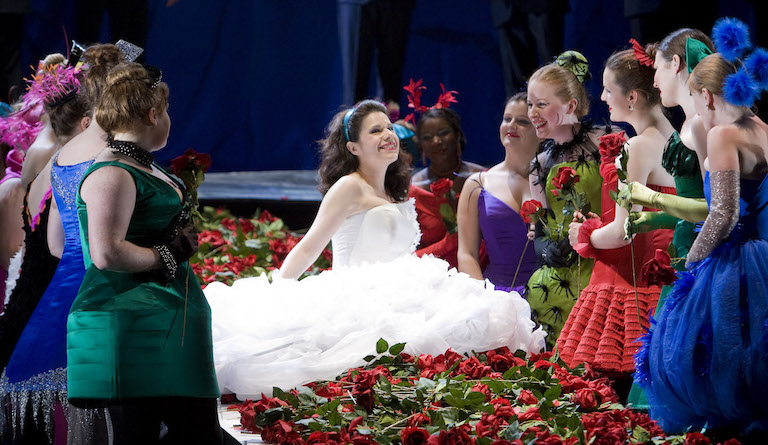 When Rusalka opts for human existence, with all its perils, she is thwarted by the distraction of a foreign princess, who flirts with her prince. Rusalka has to decide her own fate, and his...

Robin Ticciati conducts the London Philharmonic Orchestra and stirring Glyndebourne Chorus. Listen out for the song to the Moon in Act One, often sung as a stand-alone aria.

Rusalka is a truly magical opera and this production is stylish and asks enduring questions about the long-term costs of impulsive acts.