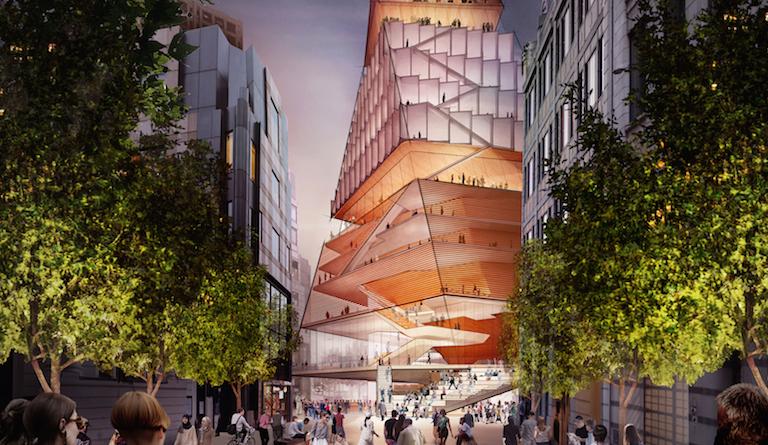 The Centre for Music will spiral skywards in the heart of the City. Photo: Diller Scofidio + Renfro
London will have an exciting new world-class concert hall and music hub, according to plans for the new Centre for Music revealed after months of expectation in music circles.

Built on the site of the current Museum of London, which moves to Spitalfields, the Centre for Music will be a landmark building with round-the-clock events, a restaurant looking to St Paul's Cathedral, and activities for all. 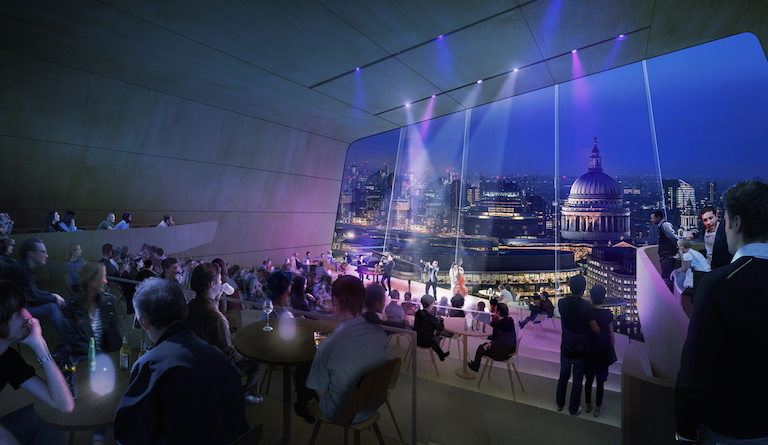 The Centre for Music will have view of St Paul's. Photo: Diller Scofidio + Renfro

A 2,000-seater concert hall will be home to the London Symphony Orchestra, whose director of music Sir Simon Rattle is one of those in the vanguard of the ambitious new project. The prospect of a new concert hall is one of the things that helped entice him back to Britain after his many years conducting in Berlin.

Other orchestras using the space include the Academy of Ancient Music, the Britten Sinfonia and the BBC Symphony Orchestra. Outside music, other associate artists include, in dance, the Michael Clark Company and theatre's Cheek by Jowl. 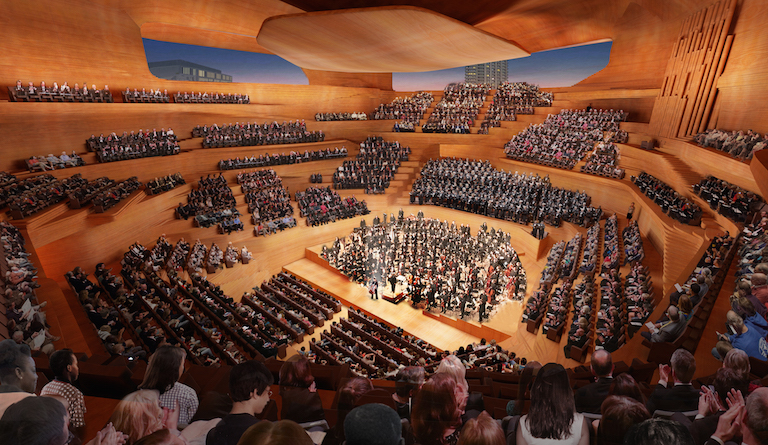 The 2,000-seater concert hall at the Centre for Music. Photo: Diller Scofidio + Renfro

The principal concert hall is fan-shaped, and the audience will sit in clusters of seats around the musicians, so that no one is ever far from the stage. In this it resembles the Elbphilharmonie in Hamburg, which opened two years ago, and which is praised for its sightlines and acoustics. Hamburg's chosen acoustician Yasuhisa Toyota will be at work in London too.

But other lessons have been learnt from Hamburg, where the concert hall is on a remote river-side promontory in the docklands, and access is only by a series of escalators. The intention in London is that visitors will flow easily and freely into public spaces, not only for music but simply to meet and enjoy other arts attractions. 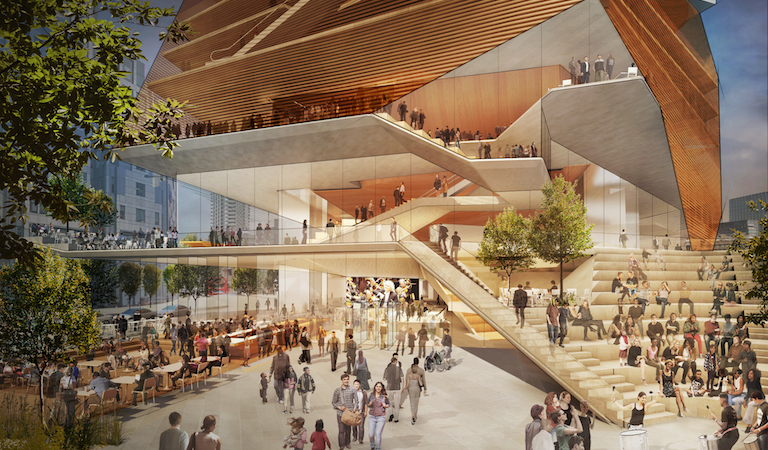 The Centre for Music will be easily accessible. Photo: Diller Scofidio + Renfro

The Herzog & de Meuron-designed Hamburg project also went notoriously over budget, starting with a figure of £395m and finally completing the long-delayed project for £800m.

In London the architects appointed are the dynamic Diller Scofidio + Renfro, responsible for the High Line that has reinvigorated New York, and for The Shed, another multi-use arts centre opening in New York in April. Their Centre for Music is currently priced at £288m, and fundraising has begun.

Initial costs have been met by the City of London Corporation. The Centre for Music will be run by the Barbican Centre, which will still operate alongside the nearby new venue. 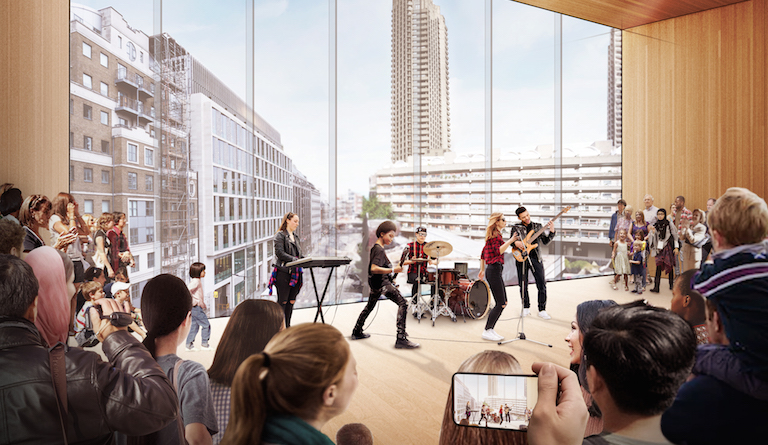 New young audiences will be attracted to the Centre for Music. Photo: Diller Scofidio + Renfro

Launching the new designs on 21 January 2019, Elizabeth Diller, founding partner of Diller Scofidio + Renfro, said of the currently somewhat unloved site, 'We want to unlock the urban potential of the Centre for Music's site at the southern tip of the Barbican by reclaiming the roundabout for the public realm, where the car’s isolating effects are keenly felt today.

'A vital public space seamlessly connects to the foyer and extends a welcome to everyone, with or without a performance ticket.' 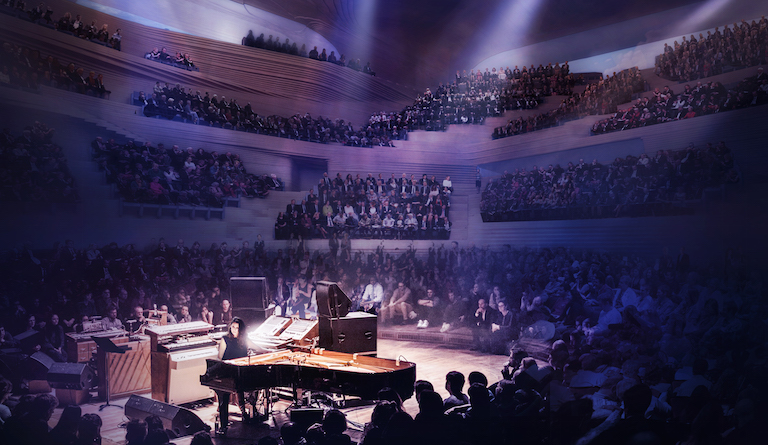 The Centre for Music will broaden the appeal of classical music. Photo: Diller Scofidio + Renfro

Once funding is assured, the Centre for Music will take four years to build. It is intended to link a cultural network stretching north from Tate Modern and will be reached from two stations on the new Elizabeth Line.

'Talent for music, love for music has never been anything to do with the ability to play, to hear or learn. It is every child’s birthright. 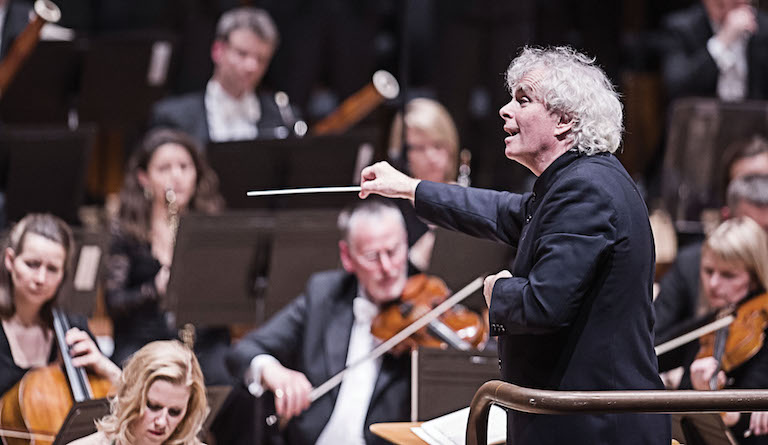 Sir Simon Rattle will be on the podium with the London Symphony Orchestra at the new Centre for Music. Photo: Tristram Kenton

'The idea that there can be a new cultural centre in London, in Culture Mile, and that in the middle of it, a truly great international, modern concert hall of our time, equipped for everything of this age, is very exciting. A sign of London as a dynamic cultural city, at a time when we are going to need this more and more.'