The conductor Vladimir Jurowski, who has transformed the LPO, is going to Munich opera house. Will the orchestra make history with a female successor? 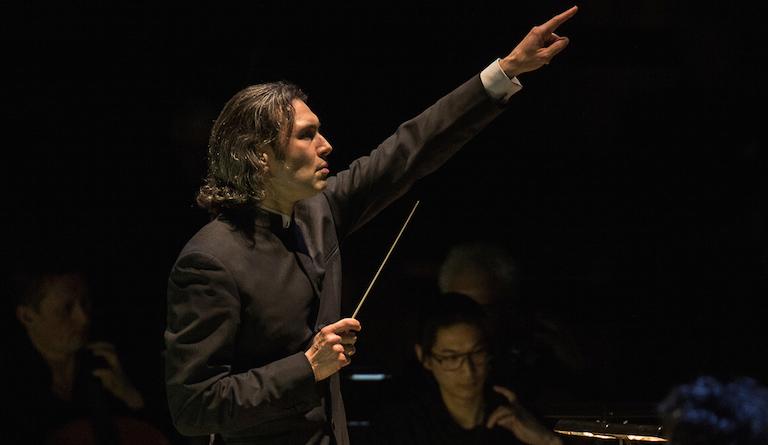 Although he would surely still appear regularly with the orchestra, all eyes will at once be on his likely successor.

TRY CULTURE WHISPER
Receive free tickets & insider tips to unlock the best of London — direct to your inbox
As principal conductor and artistic advisor of the LPO, Jurowski, who signed up for five years originally, immediately raised the orchestra's game. The quality of playing and programming has been on the rise ever since, and a Jurowski/LPO concert is something for the diary every time. His leaving after so many years in the post would come as no great surprise – he is in demand all over the world, and there seem to be no limits to his abilities – but he will be a hard act to follow.

The announcement that Jurowski is going to be principal conductor of Munich State Opera comes a few weeks after news that US conductor Marin Alsop, the first woman to conduct the Last Night of the Proms, is to be the first female chief conductor of the prestigious Vienna Radio Symphony Orchestra from 2019. The Vienna music scene has often been criticised for its bias against women musicians: until recently there were no women players on stage with the Vienna Philharmonic.

The LPO's home is the Royal Festival Hall at Southbank Centre, birthplace of the Women of the World festival, brainchild eight years ago of Jude Kelly, who leaves the Southbank after 12 years as its artistic director to roll out WOW worldwide. A Southbank-based initiative, Women in Music, has been working hard to improve conditions and opportunities for female players and conductors.

In the search for a successor to Jurowski, many will be wondering if this is the moment that London gets its first woman conductor in charge of an orchestra. Such an appointment would be another useful first – the brilliant Lithuanian Mirga Gražinyte-Tyla is already making waves at the City of Birmingham Symphony Orchestra, and the capital now has a chance to match that imaginative appointment.

Conductors don't just stand on a podium and coax an orchestra through a symphony or concerto; they plan whole seasons of music, often with a symbolic thread that runs through the entire series. Jurowski has always been supreme in this area, devising intriguing seasons that tempt audiences to explore music they perhaps don't feel drawn too and yet come away from the concert hall feeling they have investigated new horizons.

The newly announced LPO season 2018/19 includes several women conductors with a flair for programme planning, including Gražinyte-Tyla and Alsop: watch out for the rising stars, and for that all-important appointment, which looks set to run from September 2021.

Frankly it would be disappointing if the job goes to one of the many men already bestriding several orchestras apiece. Not for the first time, the LPO has a chance to make history.