A welcome return of the stylish and genuinely funny production of Rossini's sparkling comedy, where youthful love triumphs over jealous old age

Annabel Arden’s attractive and stylised production, first staged in 2016, returns this season with a truly international cast, and is sure of a warm welcome.

The Italian baritone Alessandro Corbelli will be in his element again as the lascivious Dr Bartolo, with much-loved mezzo-soprano Janis Kelly also returning, as his long-suffering housekeeper Berta.

Singing Rosina, the over-protected ward of Dr Bartolo, who wants her for himself, is the South Korean soprano Hyesang Park. Moldovan baritone Andrey Zhilikovsky sings Figaro, the cunning barber-surgeon who finds a way for Rosina to escape. 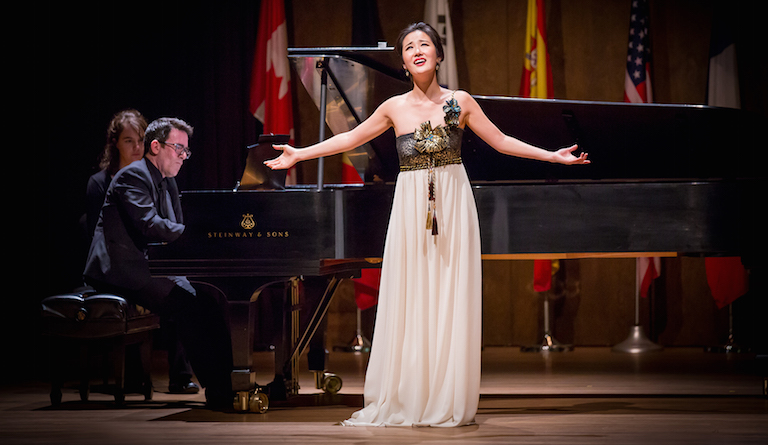 Il Barbiere di Siviglia is based on Beaumarchais' 1775 comedy Le Barbier de Séville, and the 1816 première of Rossini's opera (under a different title) at the Teatro Argentina in Rome went down as one of the great disasters in musical history. There were several on-stage accidents, in this fast-moving piece, and the musicians were at full stretch keeping up with the score. Furthermore, another rival composer's claque jeered as part of a battle between Rossini's production and one of his own works.

There will be no such problems at Glyndebourne this summer. With this starry lineup, the Glyndebourne Chorus, and the London Philharmonic Orchestra under conductor Rafael Payare, a sparkling evening is assured.

Packed with virtuoso arias and ensemble numbers, Il Barbiere contains one of the funniest scenes in all opera – the music lesson given by Almaviva in disguise, in which he woos Rosina under the nose of her suspicious guardian. And embracing the opera’s Commedia dell’arte origins, Arden’s production exudes Spanish colour and warmth.