Money is no object when Hanna hits town, but affection for the dashing Danilo comes at a different price in Franz Lehár's scintillating comic opera

ENO must have been hoping for a similar hit with this season's The Merry Widow, re-calling choreographer Lizzi Gee and artists with a flair for comedy. And Franz Léhar's operetta kicks off with a full-on Broadway flourish under quicksilver conductor Kristiina Poska, making her British opera debut. You won't be needing your po-face here, say the no-holds-barred sidedrums and exuberant flutes.

With a physical theatre knockabout during the overture, the mood is set: this romance is going to unfold with winks aplenty. And early on there is a great gag at the expense of a land on its uppers: 'This is what comes of living in a country that has no industry ... and which no one in their right minds would do business with' brought the house down. The fictitious Pontevedro may be in trouble, but real-life Britain was in the audience's mind. 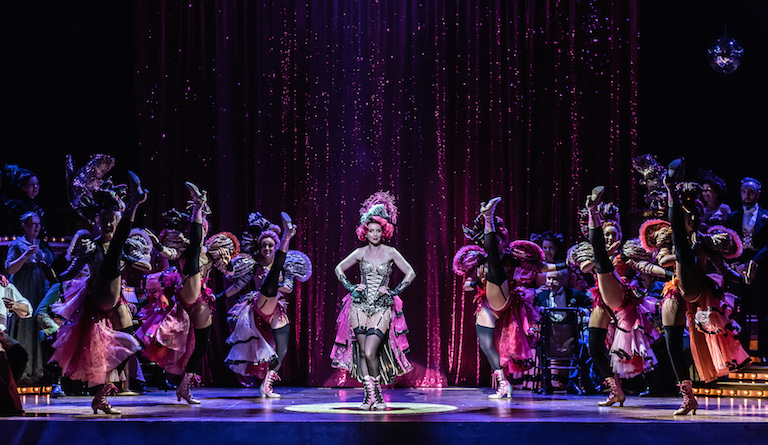 If only Richard Thomas's new English libretto kept to that level, but the ensuing flirtations and money-chasing activities play out more clunkily in an almost desperate desire to get laughs.

The merry widow of the title is Hanna Glawari, the beautiful working-class bride of a wealthy man who had the forethought to die early, leaving her the richest person in little Pontevedro. At the country's embassy in Paris, the ambassador – ENO regular Andrew Shore – is hellbent on her marrying embassy secretary Count Danilo, and so keeping her wealth in the country. The pair were once lovers; this should be easy. But Danilo does not want it to look as though it is the dosh that has brought them back together, and Hanna is faking an affair with the lover of the ambassador's wife, Camille (tenor Robert Murray a somewhat awkward beau).

As Danilo, urbane American baritone Nathan Gunn makes his ENO debut with the easy charm of a singer who straddles musicals and opera. But his casual fondling of the dancers at his favourite club Maxim's feels sleazy these days, ditto drooling after these grisettes who are half this age. You can't help thinking #MoiAussi. 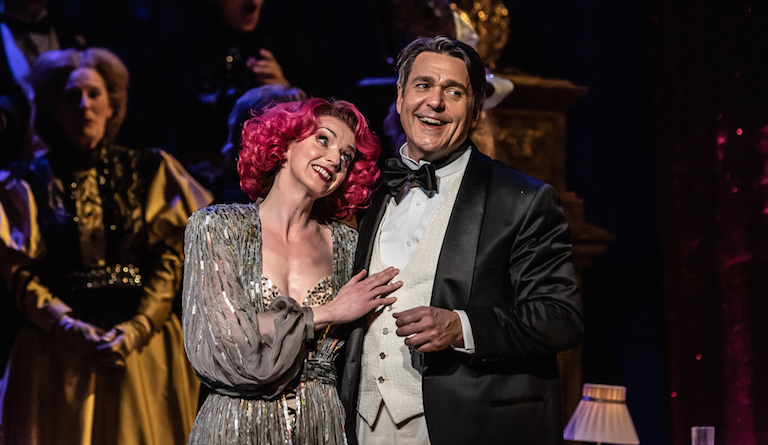 The widow and the lothario are reunited. Sarah Tynan and Nathan Gunn at ENO. Photo: Clive Barda

But love will out, and Danilo has met his match in Sarah Tynan's determined, unconventional and independent Hanna, another tour de force by this amazing soprano who only a few months ago held us spellbound in the title role of Lucia di Lammermoor. There can hardly be two more different roles in the opera repertoire, and it is a measure of Tynan's musicianship and attractive stage presence that she is perfect in both. Singing high up on a crescent moon, crawling under tables, high-kicking with the best, she is every inch the musical star.

Everyone else works their socks off too, but that much effort is exhausting to watch, and there are terrible mis-steps, none greater than a male septet sung in the urinals, complete with spray. Directing is Max Webster, inaugural Baylis director at the Old Vic and an associate director there, making his ENO debut, trying a bit too hard.

It was arguably also a mistake to have Murray waggle a lobster in the duet in which Camille and his real lover, Valencienne (a radiant Rhian Lois) part. Léhar means this to be a sincere moment, but this production seems frightened of and embarrassed by true love. And call me a fuddy-duddy, but jokes about older people falling from their Zimmer frames always pass me by. 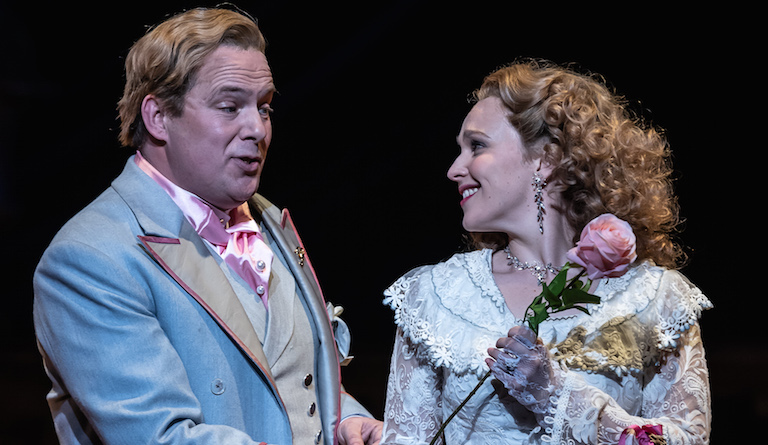 Costumes by Esther Bialas never use three colours when 12 will do, especially if most of them are pink, and Ben Stones' set has glamour aplenty.

The music, of course, is the main dish, as long as you have a sweet tooth. Poska keeps the pace up and is a vivacious new arrival to look out for again. With many performances to come, this often puerile Merry Widow might get over its slight self-indulgent fit of the giggles and settle into something the whole class can enjoy. 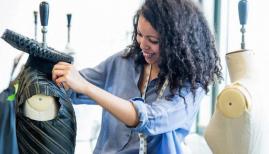 Superwomen of the Royal Opera House