The world's finest singers and classiest opera productions, forged in London and beyond, come to the big screen

Settle back and enjoy these world-class productions with close-ups of the stars.

Marnie by the brilliant young American composer Nico Muhly was given its world premiere in London by English National Opera in 2017. If you missed that, or if like me you loved it and want to go back for more, this story of an identity-swapping woman on the run is told again in song with brilliant design (10 Nov).

Next up is a dazzling new production of Verdi's La Traviata (15 Dec), starring soprano Diana Damrau as the tragic heroine, Violetta, and tenor Juan Diego Flórez as her lover Alfredo.

The new year starts with the sumptuous production premiered by our own Royal Opera House of the dramatic backstage opera Adriana Lecouvreur, by Francesco Cilea (12 Jan). Russian soprano Anna Netrebko takes the title role for the first time at the Met, playing the real-life French actress who dazzled 18th-century audiences with her on-and offstage passion. Gianandrea Noseda conducts. Sir David McVicar's staging sets the action in a working replica of a Baroque theatre. 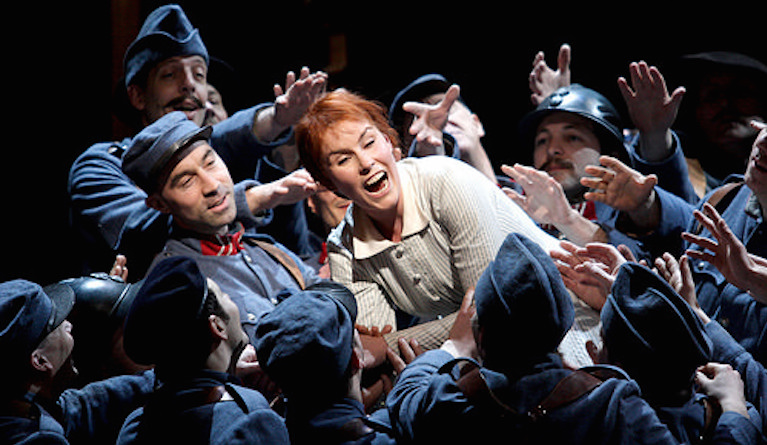 The most accessible of the four operas in Wagner's Ring Cycle, Die Walküre (The Valkyries) is screened (30 March) with a cast including Culture Whisper interviewee tenor Stuart Skelton and soprano Eva-Maria Westbroek as the incestuous twins Siegmund and Sieglinde. Listen out for the stirring Ride of the Valkyries.

Poulenc's shatteringly moving Les Dialogues des Carmelites is screened in John Dexter's unsurpassed classic production, now more than 40 years old, with mezzo-soprano Isabel Leonard as the novice nun Blanche and the great soprano Karita Mattila as the Prioress. This was the composition that got Die Walküre's star Stuart Skelton into opera.

Verdi's great Egyptian-set opera of love and heroism, Aïda, closes the 2018/19 screenings season in June, date to be announced.