Barrie Kosky is one of the most exciting directors, and Carmen one of the best works in the repertoire. Theirs is a marriage made in heaven, if you love vaudeville

It was loved and loathed in pretty much equal measure, so its first revival was the centre of attention on the London opera scene this week. Even more so, when it was announced hours before first night that the mezzo-soprano singing the title role was indisposed, and that the French singer Gaëlle Arquez was being parachuted in.

And this is no 'park and bark' gig – one where a performer can turn up, sing the notes with a few hand gestures and get off. This Carmen requires meticulous stagecraft from everyone, from international soloists to children, and with 16 big steps to canter up and down, there is no margin for error. 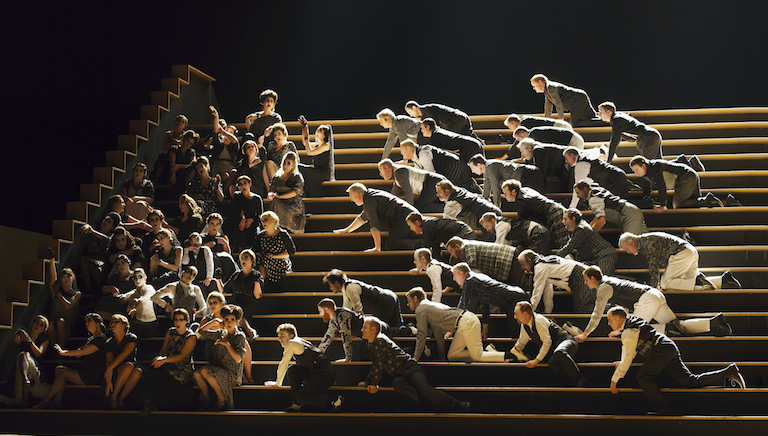 Arquez, who sang the role at some of the first Covent Garden performances, could be forgiven the occasional intonation problems with such a lot on her plate, and she more than made up for musical dips with her sardonic and spirited Carmen. Working her way through a series of outfits by Katrin Lea Tag – matador doll, gorilla suit, collar and tie, swishing frock, spectacular gown with train – she continually reinvents herself, presenting a series of characters rather than just one, like a cabaret artist or impersonator.

The cabaret theme is developed by the six indefatigable dancers at work in every scene, notably the astonishing Yasset Roldan, with their Bob Fosse-meets-bodypopping routines; this witty and polylingual choreography is by Otto Pichler.

The early ROH performances were weighed down by seemingly endless voiceovers; this time round, the text has been cut to the bare minimum, and is certainly preferable to the interminable dialogue that dogs others productions. That voiceover reminds us that the opera is based on Prosper Mérimée's novella, a crafted tale of thwarted love and bitter betrayal. 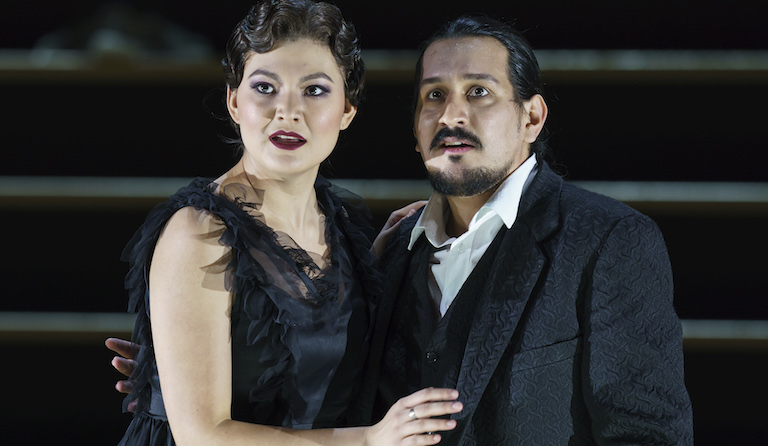 US tenor Brian Jagde as the besotted Don José sings with the martial thump of a military man. Carmen is interested – until he is interested in her. Russian bass Alexander Vinogradov is a very droll toreador Escamillo, more matinée crooner than fearless killer, whose urbane glamour wins over Carmen, with deadly consequences. Or are they deadly? There is a question mark at the end of the show, that some will consider a cop-out.

Eleonora Buratto making her Royal Opera debut gave us the undisguised warmth and openness of the innocent Micaëla, Don José's faithful admirer, in her richly coloured voice. Let's have more from her, soon. There was nice work too as Carmen's friend Mercédès from Aigul Akhmetshina (who has sung the role Carmen herself elsewhere for the ROH). In the smugglers' famous Act II quintet she is as busy as the ever-present dancers.

Those who saw Kosky's Saul at Glyndebourne in 2015 (revived this season) or his astonishing, all-singing, all-dancing production of Shostakovich’s The Nose (a highlight of Covent Garden's last season) will know that he makes huge demands on the chorus. Here they rise to the occasion again, galloping up and down the steps and the musical staves with equal facility. 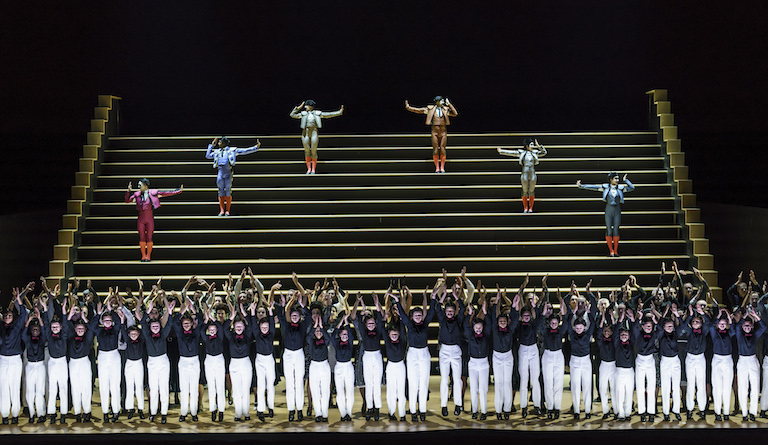 Canadian conductor Keri-Lynn Wilson, making her Covent Garden debut, kicked the whole thing off at such breakneck speed that the baton flew out of her hand; this should be the minimum qualification for a conductor who is holding nothing back. Brava La Keri-Lynn! Please call again.

The more high-minded music-lover will be occasionally or much irritated by this Carmen, which feels like a second cousin of nearby 42nd Street; lightweights like me, utterly delighted. You will know which camp, in your heart of hearts, you belong to.