Topping the bill as Mimì is the brilliant Welsh soprano Natalya Romaniw, a Culture Whisper favourite after impressive appearances in Tchaikovsky's Eugene Onegin at Garsington Opera in 2016 and in the title role of Janáček's Jenufa at Grange Park opera last year. (Next year you can catch her next year in the title role of Tchaikovsky's Iolanta at Opera Holland Park, where she played Lisa in the same composer's The Queen of Spades in 2016, and again at Garsington in The Bartered Bride.)

Romaniw's debut at the Coliseum notches up another landmark in a rapidly evolving career, and this is the time to catch a singer whose horizons widen with every performance. Her Mimì is a timid and industrious needleworker until her search for a light for her candle takes her to the artists' flat upstairs. In a coup de foudre, she and the writer Rodolfo plunge instantly in love in the darkness – and like all lovers blinded by passion, they do not see troubled times ahead. 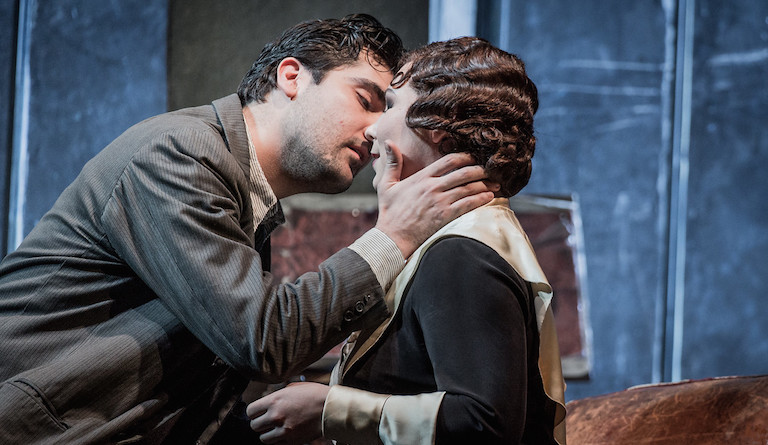 When the newly confident Mimi and Rodolfo quarrel, despite their love, mirroring their friends Musetta and Marcello, love cools in the snowy winter, and spring brings not new life but the end of one...

Love, laughter and loss are the contrasting strands in one of Puccini's lushest scores, boisterously played by the Orchestra of English National Opera under Alexander Joel, which sometimes on opening night overpowered the main characters: their cheap lodgings place them far back from the pit.

The soaring lyric tenor voice of American tenor Jonathan Tetelman, a natural in this role with his easy charm and lingering high notes, is a lovely match for the creamy and characterful Romaniw. His room-mates are equally well cast: Nicholas Lester as the temperamental painter Marcello, David Soar as Colline, the philosopher who parts from his winter coat with a doleful lament, and Božidar Smiljanić as the rumbustious musician Schaunard. 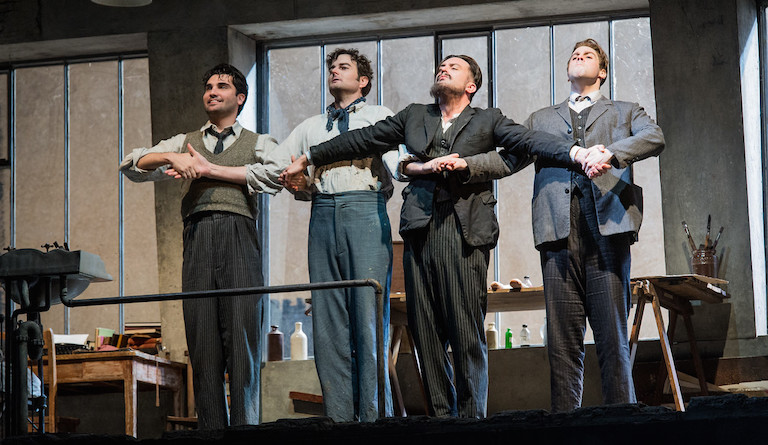 There is also lovely work from Simon Butteriss, as the landlord who is tricked out of the overdue rent, and also as Alcindoro, the sugar daddy of exotic Musetta. Translator Amanda Holden is on particularly witty form with these two little men, one hen-pecked and showing off, the other conventional and confused by the bohemian life.

Miller has a gift for setting operas in a time that audiences identify more closely with than the originals, which are sometimes remote in their history and location. His gangster-themed Verdi's Rigoletto, set in New York, rather than medieval Mantua, is a modern classic, and he pulls off the same trick with his Bohème, originally set 100 years earlier than this staging with its slightly grainy, filmic set, hour-glass dresses, double-breasted suits and Marcel waves (design by Isabella Bywater).

Be sure to catch it: you will wait a long time for a better one.

'La Bohème' is sung in English with English surtitles. Booking is open now
by Claudia Pritchard