Based on Alexandre Dumas fils' 1848 novel, La Dame aux Camellias, Verdi's opera tells the story of society hostess Violetta Valéry. Archive photos of an impoverished child maturing too quickly into a plaything for wealthy men tell us her backstory before the curtain rises. She could have an easy life with a baron, but she finds true love with a poet, Alfredo Germont.

Leaving behind their Parisian party life, the couple live too comfortably in the country, bills piling up. And Alfredo's father piling in to stop the relationship that jeopardises his family's standing. 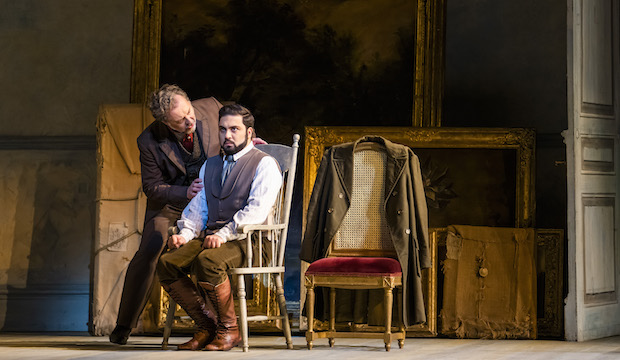 There are so many upcoming performances of this interrupted 25th anniversary revival of Richard Eyre's classic production, that you can take your pick of singers, with no fewer than six Violettas between now and the end of April. The pivotal scene in which Violetta sacrifices herself for the other woman is sung in some of these early performances by Cuban-American soprano Lisette Oropesa and German baritone Christian Gerhaher.

Gerhaher is a distinguished lieder singer, a masterly teller of stories in song, and so his Germont seems to choose his words carefully, emphasising this point or that. No wonder Lisette Oropesa's dazzling Violetta is convinced and subdued. But for all the fatherly warmth and conviction in his voice and his defence of the same Violetta when Alfredo turns on her, here is a parent tiger mothers can learn from.

Only a few weeks ago, Oropesa was singing the innocent, seduced young Gilda in Verdi's Rigoletto. Now, playing a more experienced woman, her coloratura voice glitters, flights of iridescent notes winging up and spiralling down to the delight of a captivated audience. When Violetta's underlying illness gets the better of her, the voice is hollowed out until a final swoop – a telltale sign in her deadly disease. Blaise Malaba's sympathetic Doctor Grenvil shakes his head gravely... 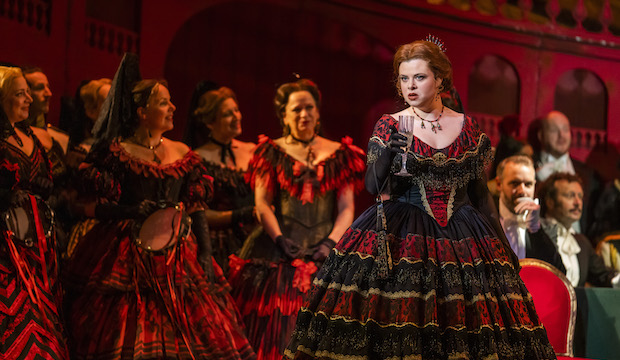 Because director Richard Eyre stuck to Verdi's intentions, staging his production in the composer's own time, it never dates. Bob Crowley's set conjures up both the opulence and the oppressiveness of the Paris society scene, his country house a work in progress, with paint samples and pictures to hang.

But even after all these years, there are new things to understand and to recognise here. When Violetta is overcome by coughing, forgotten by her flashy friends, carnival silhouettes cavort past her closed shutters. Most of us now know more than we did 25 years ago of lonely breathless deaths in confined spaces, even though the very many audience members who refuse to wear a face covering seem not to have cottoned on yet. The world of opera is far from fantastical. 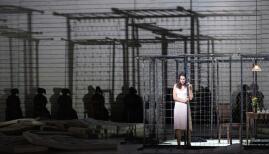 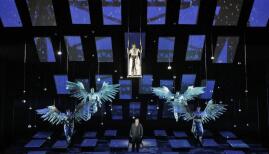 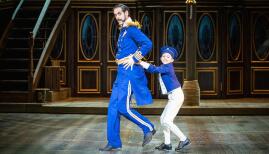 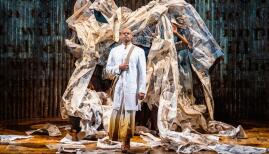