In Janáček's opera, an infatuated young woman is rejected by her unborn child's father, with terrible consequences

Actors sometimes use the trust game as a warm-up exercise, which seems ideal: out on stage they are at the mercy of a receptive audience. But not only an audience. A duff script, technical gremlin or daft direction can also wrongfoot a great performance.

At the Royal Opera House last night, some great singers threw body and soul into the first night of Leoš Janáček's searing opera Jenufa, only to be floored by a vexatious new production.

On a cavernous, stripped-down stage which eats voices alive, singers are forced upstage while Janáček’s full-blooded orchestration is churning in the pit. Tenor Nicky Spence sensibly fought back, coming downstage and taking the audience into his confidence as his character, Laca, wrestles with a wrong he has done and atonement for it. Would that German director Claus Guth had remembered that audience too. 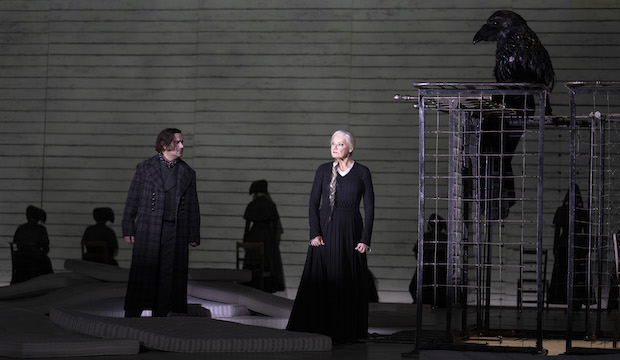 Jenufa is young woman besotted with and pregnant by the boozy, sexy grandson of a retired mill owner. Her other grandson, the more awkward Laca, loves her too. The three have grown up together, but this claustrophic, over-familiar dynamic rarely comes through in Guth’s austere production on Michael Levine’s grim set.

The society in which Jenufa, abandoned by Steva, secretly bears his child, is unforgiving. But this is where another round of the trust game would come in handy. If Guth trusted his audience, he would know that mature adults can sniff out prejudice and hypocrisy without his labelling everything 'Horrid'.

Handmaids’ Tale-style bonneted, downtrodden, silent women, a house in the form of a cage made from wire bedsteads, mattresses for snow, even a makeshift grave excavated too early in the story to make sense, all smack the audience round the head with the refrain 'Nasty people'. Guth should trust Janáček too: the composer was a master at suggesting menace, with his unsettling pulse-like rhythms and startling instrumentation.

Hungarian Henrik Nánási conducting the Orchestra of the Royal Opera House does not always bring out Janáček’s painterly effects, and the playing is simply too loud. The chorus, often shoved to the edge, is hard-pressed to make its mark, but there is some fine singing in smaller roles, enlivening the more colourful last act. 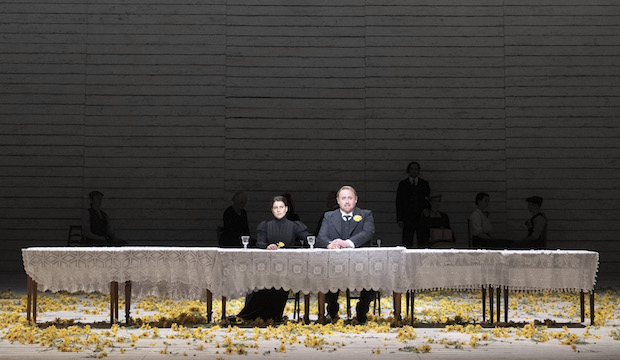 Thank goodness for a stellar cast of principals. A cat-like grandmother sung by the human dynamo, Italian mezzo-soprano Elena Zilio, has formed her daughter-in-law, the Kostelnicka, in her own image. (Zilio was a memorable Mamma Lucia in Damiano Michieletto's production of Mascagni's Cavalleria Rusticana, and returns in that role when the production is revived at Covent Garden in 2022 (5 to 22 July 2022).

Finnish soprano Karita Mattila as the Kostelnicka, is both imperious and vulnerable in the complex role, rising above the wall of sound and bedsteads in a rapturously received performance.

Albanian tenor Saimir Pirgu’s feckless Steva also wins that fight, displaying with Italianate brio the simultaneously attractive and unreliable markers that all women will recognise. His stolid half-brother Laca, in a performance by Spence that animates this otherwise deadly production, reveals heart-rending layers of neglected emotion.

Initially frozen by terror at her prospects should she Steva abandon her, Lithuanian soprano Asmik Grigorian’s Jenufa grows in confidence in the face of relentless abuse, as if the final cruelty of having her child abducted by her carer powers a new, inner person. The opera ends with two characters tested to destruction defiantly setting out together. They trust each other.

Jenufa is sung in Czech with English surtitles. Further performances are on 2, 6, 9 and 12 October
by Claudia Pritchard 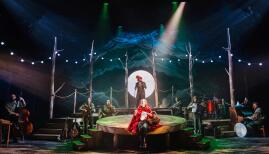