The world-class tenor on music-induced injuries, the good life in London, and unwinding at 200mph 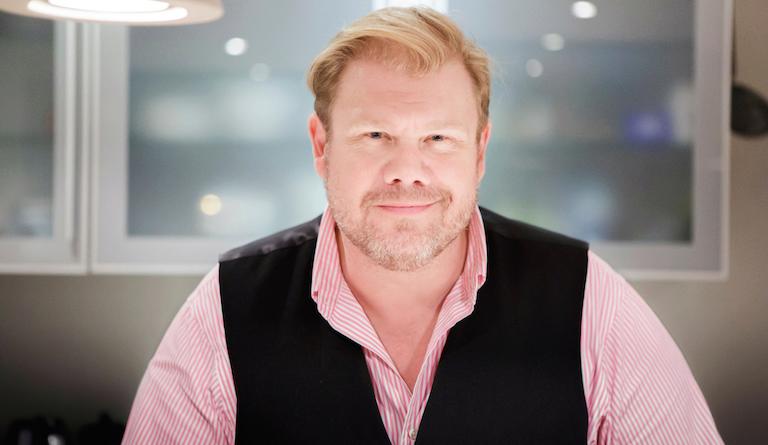 Life in the capital suits Australian-born tenor Stuart Skelton. Photo: Simon Fernandez
Stuart Skelton is a mass of bruises. Head to toe, he says. That’s quite a long way down, and being a tenor of stature both physically and musically, there are plenty of places for injuries to hide. Who knew that being a much-feted singer at home in the elegant opera houses of the world was so dangerous?

It’s not producing that huge and expressive sound that does the damage: it’s hitting the deck time and again, when the characters he plays wrestle with enemies, drop dead, and sometimes are overcome by the scenery itself.

On one occasion at English National Opera in the title role of Verdi's Othello, a throne he was bestriding split in half. With one leg going west, and the other going east, he had to make a quick decision, and plunged south, landing on the stage from some height. Out came the frozen peas and the stage doorman with first aid qualifications, but neither could save him from a serious knee injury.

Sets and singers don’t always get on. Again at ENO, in 2016, as Tristan in Wagner’s Tristan and Isolde, Stuart had to clamber over a mountainous set that many observers thought unhelpful at least, if not spiteful. Wagner is already a workout, without adding altitude. Wearing his Fitbit, he discovered that his pulse rate during the six hours of preparing for and performing Tristan averaged 130.

He’s a glutton for punishment, then, with appearances at the Royal Opera House in Die Walküre (The Valkyries), the second of the four great operas that make up the great Ring cycle. And while thousands will see the four performances (26 Sept to 28 Oct) at Covent Garden, many more all over London will head for their local cinema for the live relay (28 Oct).

If the Ring cycle, with its slowly unfolding stories of deities and mortals, otherworldly creatures, quests and revenge, is a closed book, Die Walküre, despite not being the first opera, is a great place to start.

‘One of the reasons Die Walküre is the most frequently performed as a one-off is because of The Ride of the Valkyries,’ explains Stuart. This exhilarating, even terrifying, orchestral gallop gets everywhere, from Apocalypse Now to Glastonbury Festival. ‘There are certain moments in opera that even people who don’t know any opera, or think they don’t, will recognise: the Toreador song from Carmen, Nessun Dorma [from Puccini's Turandot, and the anthem of the Italy-hosted World Cup in 1990].

‘If you have not heard the Ring cycle at all, by the time you get to Act III you will know the music.

‘The other reason is that it’s the most human drama of them all. Yes, we are dealing with gods and goddesses and demi-gods. But if we are prepared to accept the Valkyries [eight ferocious goddesses, led by Brünnhilde, sung by Nina Stemme] as a single unit, there are never more than three “characters” on stage at once. And of those three, one quite quickly goes off, leaving only two.

‘It’s very Ibsenesque, a domestic drama told in a grand style musically. In fact the story itself is quite prosaic.’

But is it a bit daunting for audiences, three full hours or so of music, albeit with two intervals? ‘It’s like watching three hours of Big Brother! The Ring cycle is a soap opera with a very, very good soundtrack!’

Stuart’s character Siegmund is the son of the superior god Wotan (‘He’s like Zeus or Jupiter’), by a mortal woman. ‘He’s spent his entire life not knowing his place in the world. He and Wotan went out hunting and got separated and they haven’t seen each other since.

‘Siegmund is on the run, and is much put upon. Every time he goes to help someone, they take exception to it. When he discovers his identity, Wotan has to kill him because his wife Fricka [sung by Sarah Connolly] is not keen on heroic bastard children running round the world...” 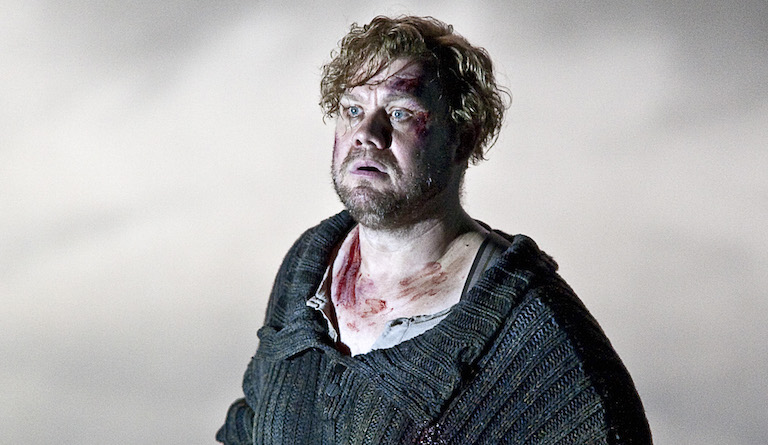 Siegmund is, then, a tragic figure, and that suits Stuart Skelton who, despite his robust form and huge personal success, has a gift for portraying the vulnerable. He is noted for his tender performances in the title role of Peter Grimes, as the solitary fisherman who takes two apprentices, one after another, each of whom dies at sea.

‘Peter Grimes is so confused as to why people don’t like him, and his bewilderment always manifests itself as lashing out. Not fitting in, the level of being excluded is incomprehensible to him.’

Born in Australia and a chorister in the cathedral choir of Sydney, Stuart was turned on to opera in his teens. For his two week’s work experience from school, at 15 he had placement at Sydney Opera House where he saw Mozart's The Marriage of Figaro, Verdi's Aida and Poulenc’s The Dialogues of the Carmelites. And it was the third of these three that ‘blew my mind’. So far from the English choral tradition in which he had been trained, and the piano and flute he had studied, Poulenc’s orchestration opened up a new sound world. Nothing had prepared him for the shock of the guillotine that slices through the score as the religious sisters go to their death, persecuted for their faith.

But it’s not all doom and gloom when the music goes on. At home between Blackfriars and Waterloo bridges – he has kept a south London base for many years – he unwinds with Kraftwerk, the Human League and the Pet Shop Boys. He loves the buzz of Bermondsey, shops at Borough Market before the weekend rush, and goes in search of good food and cocktails. (‘He’s a great cook!’ says a voice from the corner of the cosy room at the Royal Opera House in which we are talking between rehearsals.) 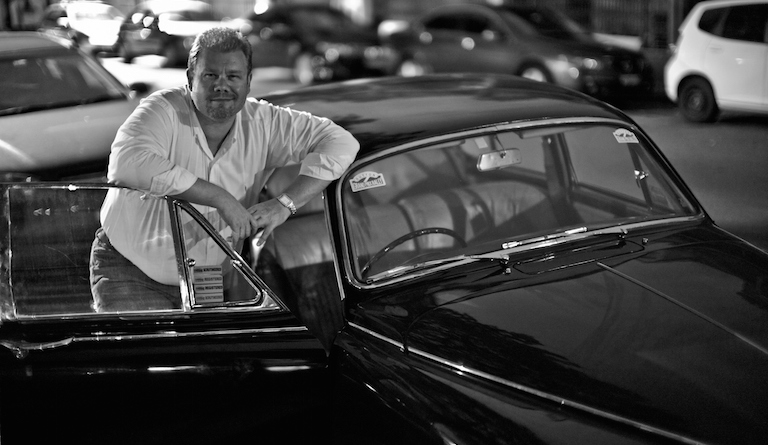 But it will take more than a civilised dinner to celebrate his 50th birthday in November this year. He’s off to Las Vegas, to drive supercars. ‘They’re not racing cars, but they’re blindingly fast.’ How fast? ‘Up to 200 mph...’

Who insures this man?! Doesn’t he have enough bruises already? ‘Your adrenalin goes berserk,’ he admits. ‘There’s a certain amount of bravado.’

And that, maybe, is where the apparently different draws of performing grand opera and hurtling round a racetrack at top speed unexpectedly meet. You are on a knife edge, and you have to be ready for every corner: it might be your last. ‘If you’re going to sing something, sing it as if you are going to retire. You have to make it as visceral as possible.’