In his 1975 film Ingmar Bergman’s way around the opera’s bizarre, often absurd world is to ingeniously transplant us into an 18th-century theatre, with everything seen through the window of stage magic. McBurney matches Bergman for ingenuity and a playful, cheeky openness in his presentation, using live drawing and sound effects fully visible to the audience, where the front and back projection of a live artist’s scrawling and erasing hand seems to place the characters in a malleable artificial world.

‘#desperate’ scrawls a miserable Papageno (a hugely likeable and warm Thomas Oliemans) in massive projected letters, during his Act II exhortation to find himself his 'little wife'. 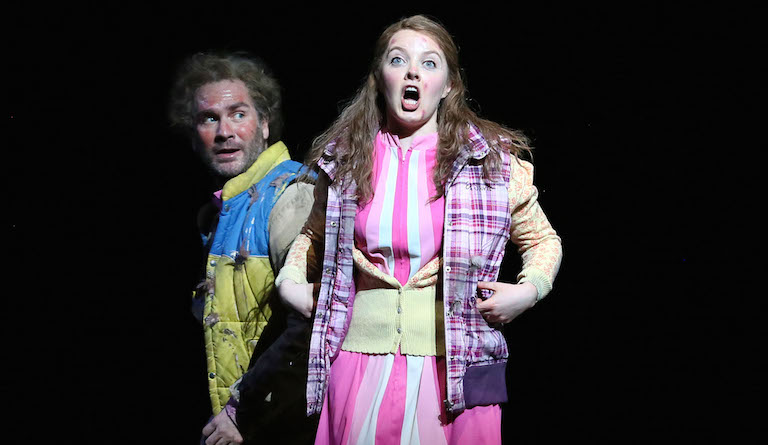 Performances are uniformly superb. Apart from Oliemans’ perfectly-aged and crowd-winning Papageno, Lucy Crowe’s Pamina sings at the peak of lyrically pure yet deeply accessible beauty, leaving waves of feeling trailing behind her once she really gets into her stride in Act II. Julia Bauer’s Queen of the Night, harping her famous aria from a wheelchair, cuts a somewhat ambiguous, strangely distant figure, although a sense of a powerfully conflicted personality runs subtly through her wonderfully-tendered rages.

Rupert Charlesworth’s Tamino gives off all the requisite inner strength, although a slightly bland humourlessness makes him less engaging than Crowe, who wavers with real doubt and fear even as she soldiers on. Brindley Sherratt’s Sarastro meanwhile radiates quiet wisdom – an especially important word for McBurney in this production it seems – and commands full authority.

Michael Levine’s deceptively simple set appears at first to consist only of a large oblong platform, manipulatable by four wires at the corners to perform endless acrobatic feats: variously levitating; blaring out harsh industrial lighting from its underside as it faces the audience head-on; acting as a giant table for Sarastro’s meeting à la Dr. Strangelove’s war room. 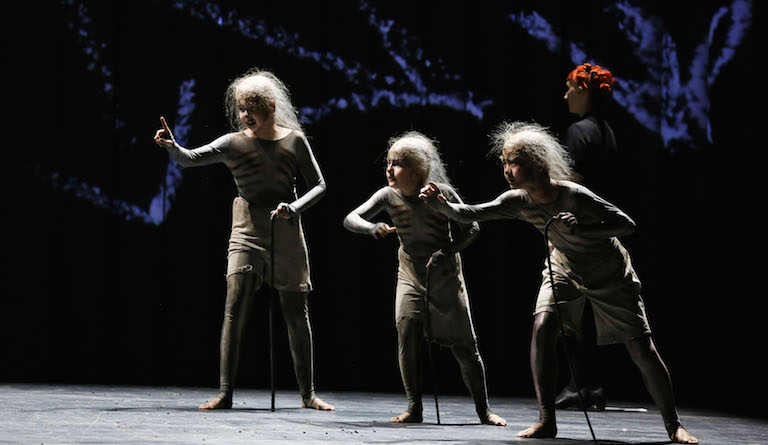 Nicky Gillibrand’s costumes similarly run the gamut of possibilities and references, mixing in familiar modern dress, such as Steve Jobs turtlenecks and standard suits for Sarastro and his followers, with more suggestive and abstract designs. The result is a mishmash of possible interpretations which do justice to the simultaneous sophistication and chaos that Mozart wrought along with librettists Schikaneder and Carl Gieseke, whose words are freely and wittily translated by Stephen Jeffreys

It is a production that, on third ENO outing, looks more and more like it may become a classic. It has that feeling about it, from the all-embracing (seeming) simplicity of its design to the force with which many of its most startling images remain in the mind long after leaving. It bristles with interpretations, references, puzzles and possibilities – just as Mozart left it for us in 1791.