Meet Puccini's first great heroine, the convent girl who is seduced by a more lavish lifestyle, but at a terrible cost

Based on a 1731 novel by Prévost, Manon Lescaut was the opera that made the name of the up-and-coming composer Giacomo Puccini when it was premiered in Turin in 1893. Prévost's Manon is in some ways the female equivalent of her exact contemporary, Hogarth's Rake – innocent, malleable, flawed. And in Puccini's hands she becomes the prototype of his many disillusioned heroines, from La Bohème's Mimì and Tosca to Madama Butterfly, Cio-Cio San.

Set in Amiens, Paris, Le Havre, and, finally, Louisiana, the opera has big horizons, musically and dramatically, and is packed with Puccini's instantly memorable music. 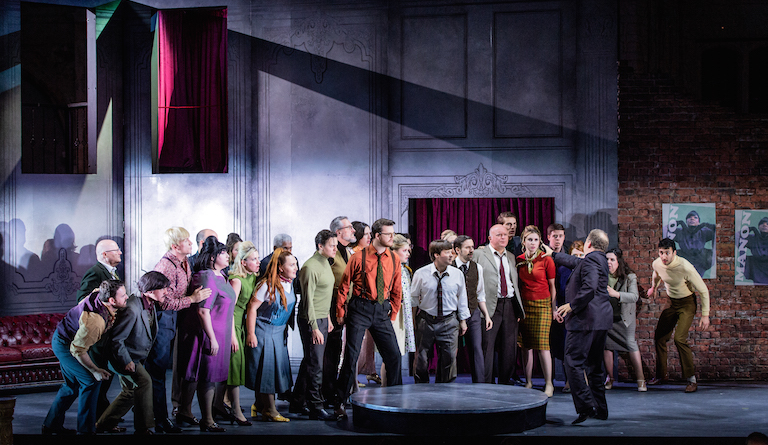 For all the high expectations, this Manon Lescaut was a disappointing opening to the season, however, set in the modern director's favourite, mid-century world. That is the cue for the Twist and that swimming dance move we used to do in the Sixties. That's entertaining, but for newcomers to this piece the plot is made incomprehensible.

There is no ship, on which Manon is transported after a transgression, no godforsaken desert for her piteous end, but there is a mystery beauty pageant in gold lamé. An undistinguished company debut by director Karolina Sofulak simply runs out of steam.

This may have dispirited the singers. Soprano Elizabeth Llewellyn, returning to Opera Holland Park after, most recently, her excellent Magda in Puccini's La Rondine in 2017, is an unexpectedly mundane Manon, not greedy enough to be swayed from love by riches, nor frail enough to perish when outcast.

Her brother Lescaut, who introduces her to a more lavish lifestyle, is well sung by baritone Paul Carey Jones, but this complex character, part pimp part protector, is undefined. Tenor Peter Auty's impoverished nobleman Des Grieux, a very mature student indeed, seems disconnected, and the voice is quite abrasive. 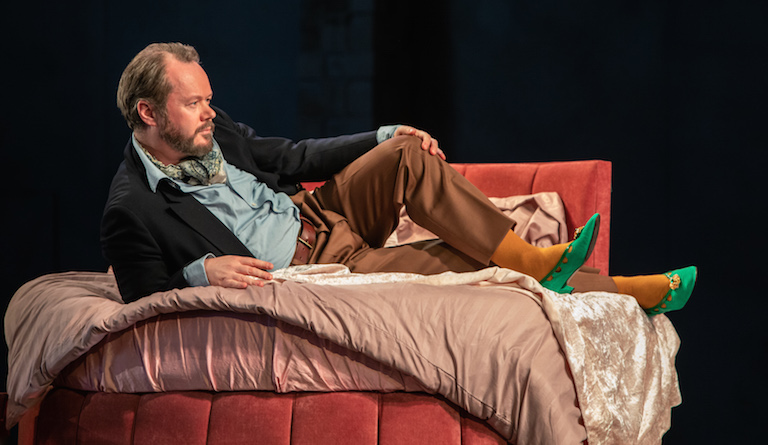 Stephen Richardson as Geronte di Ravoir, the older, wealthier man Manon leaves for love is left hanging around a lot; I don't think Geronte got to be that wealthy by hanging around at all.

Design by George JohnsonLeigh does not get over the hurdle of OHP's wide, shallow stage, which can be done. Choreography by Tim Claydon hears the Twist in nearly every number, which is stretching it.

But there is some richly colourful playing from the City of London Sinfonia under Peter Robinson, the Intermezzo before Act Three particularly lovely, and the Chorus of Opera Holland Park works really hard, as always, even though their individual characters are rendered two-dimensional by directorial clichés. Fortunately lots more great opera at Opera Holland Park lies ahead.

'Manon Lescaut' is sung in Italian with English surtitles. There is a pre-opera talk on 11 June at 5.45PM, by Dr Alexandra Wilson, author of 'The Puccini Problem: Opera, Nationalism, and Modernity'
by Claudia Pritchard