A young woman is trapped in a hopeless marriage, but her husband's departure opens up new possibilities .... A star team stages a new production of Janáček's opera

TRY CULTURE WHISPER
Receive free tickets & insider tips to unlock the best of London — direct to your inbox
The water brings life and takes it too: the home in which bored and bullied young wife Kát'a is trapped appears ornamented with trophy photographs of her husband Tichon as a boy, showing off his catch. The townsfolk entertain themselves with rods, and in Richard Jones's new production at the Royal Opera House, the symbolism of the still twitching fish on the end of the hook is clear as we watch poor Kát'a reeled in by her venomous mother-in-law and by her own sense of guilt. 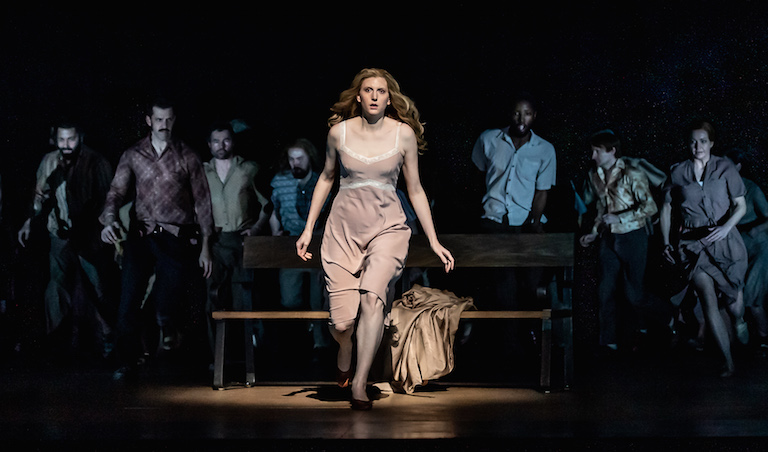 Amanda Majeski in the title role of Kát'a Kabanova is under the scrutiny of townspeople. Photo: Clive Barda

Listening to Janáček's layered and adventurous score it never ceases to amaze that he wrote the opera nearly 100 years ago – Puccini's Turandot, for instance, with its knock-'em-dead Nessun Dorma, was yet to come. With this staging somewhere in the East European 1970s with its 1950s look, Jones sets the piece in a time of suspicion and of limited means and minds that is closer to living memory.

Designer Antony McDonald, fresh from his ROH Christmas Hansel and Gretel success, conjures up the suffocating, Elastoplast-coloured bunglaloid home in which Kát'a withers. She fails to impresses her venomous mother-in-law Kabanicha, and is let down by her supine husband, who has never recovered from undoubted childhood abuse. When his departure on business opens up the chance to meet handsome, urbane Boris at night, Kát'a's fate is sealed.

At last, Kát'a has a glimpse of the rapture of which she dreams when she looks to the soaring birds, but it is short-lived. Walls close in literally and metaphorically. It all goes a bit La La Land with the bench and a light for the Act II love scene, one of several filmic references. But the point of this escape is that she has found love in a place of nature, in a locked and forbidden garden, and not on the open street. 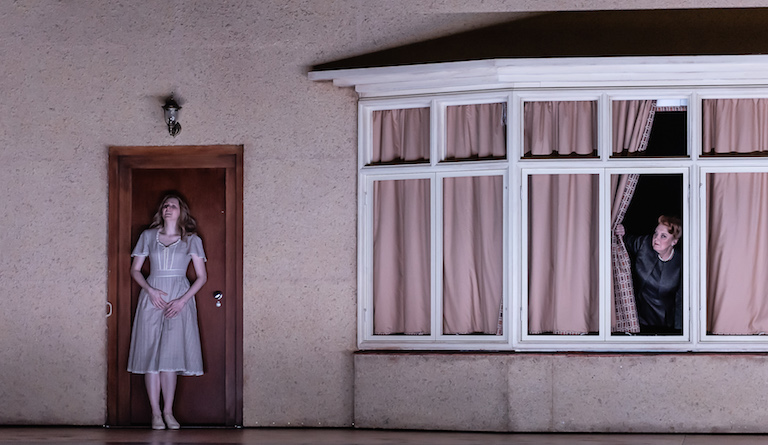 Fortunately, in American soprano Amanda Majeski, making her Covent Garden debut, there is a Kát'a with radiance in her brief moments of bliss and with an eviscerated lower register that is heartbreaking. Lumbered with an Alice in Wonderland/Mary Magdalene droop of hair she is presumably meant to contrast with the buttoned-up women of a bible-bashing community. But it is quasi sister-in-law Varvara who is the really flighty bird, here Emily Edmonds, singing beautifully while negotiating the sort of amorous manoeuvres that only exist on the opera stage.

Varvara's own tryst is with likeable Vána (Andrew Tortise, gentle and sweetly sung). Dull Tichon, a thankless role, is sung by Andrew Staples, and Clive Bayley does a comically tipsy turn as money-bags Dikoj, on whom nephew Boris depends. 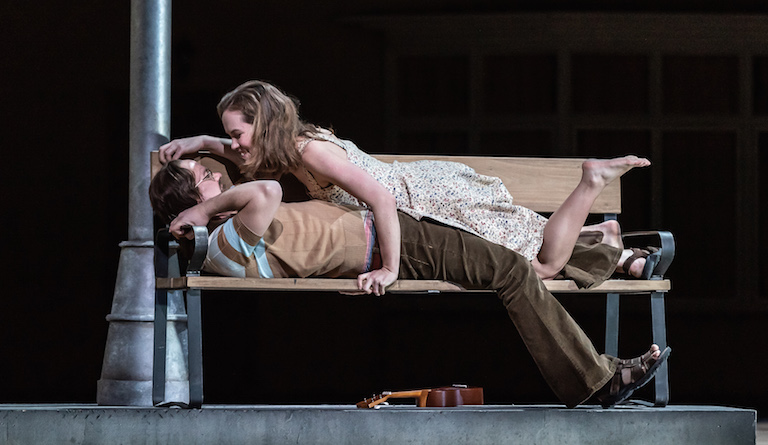 As Boris, Brno-born Czech tenor Pavel Černoch is steeped in Janáček, and this was an impressive Covent Garden debut. Susan Bickley is as imposing as ever as the ghastly Kabanicha.

With conductor Edward Gardner in the pit, expectations were high. London audiences enjoyed his long tenure at English National Opera, and look out eagerly for his periodic returns from Bergen, where he conducts the Philharmonic Orchestra. Once the Orchestra of the Royal Opera House was into its stride, the alternate heat and chill of the production blew though the house, which lit up during the Act Three storm.

You might long for more colourful solo work, but with a score this rich, that's verging on the greedy. And terrifying Kabanicha certainly wouldn't approve of that...

Kát'a Kabanova is sung in Czech with English surtitles. It is broadcast on BBC Radio 3 on 27 April, 6:30PM 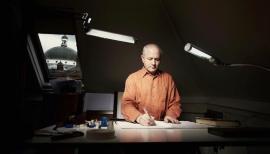