The conductor on working in a foreign language, the Royal Opera family, and getting children into classical music 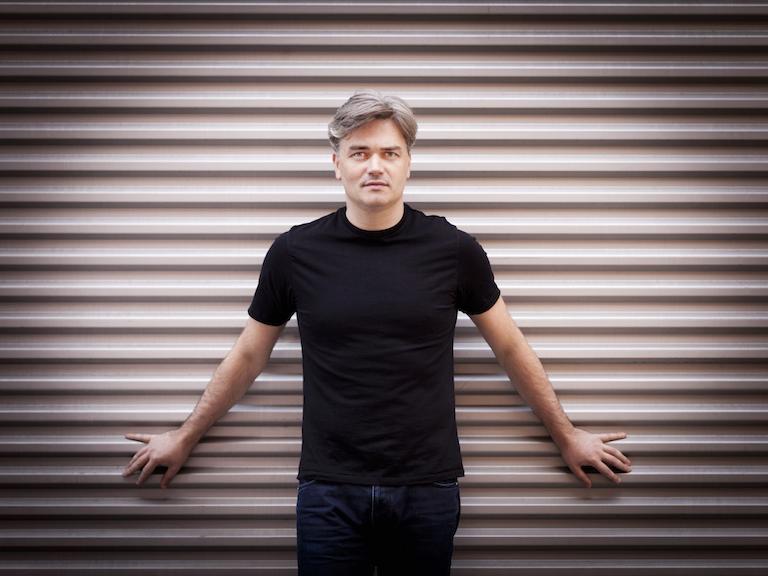 Edward Gardner is a favourite conductor with London audiences. Photo: Benjamin Ealovega
The restless, zig-zag world of the conductor brings many musicians from overseas to London, and dispatches the capital’s own stars to orchestras across the globe. So it is always a red-letter day when one of our own comes back to base.

Edward Gardner was music director of English National Opera from 2007-15, but today is best known as chief conductor of the Bergen Philharmonic Orchestra. Life divided between Bergen and London means weekends here, and an early flight each Monday, to rejoin an orchestra that punches far above its weight.

‘Bergen is the size of Northampton,’ he points out when we meet at the Royal Opera House. ‘There are 300,000 residents. It’s a miracle to have a world-class orchestra in that landscape.’

But it is opera in London that is occupying Ed at the moment; to be precise, Leoš Janáček’s dramatic Katya Kabanova, to be staged by the Royal Opera House from 4-26 February.

Seeing him in the pit as conductor at all six performances may well make some people wonder whether, given his previous experience of opera in London and as former music director of Glyndebourne Touring Opera, coupled with his international standing, he would be a natural successor to Sir Antonio Pappano, when he leaves Covent Garden in 2023 after 20 years as music director.

Ed bats away this suggestion without a flicker. But he is clearly at home at the Royal Opera House for which he has huge admiration, and which is benefitting from recent expansion and re-ordering. ‘This extraordinary building means that everyone can be under one roof at the same time. The Met is like that, but you feel as if everyone is underground at the Met.

‘At Covent Garden the orchestra is rehearsing in the pit, there are three different staging rehearsals going on, and you all see each other over a cappuccino, and that changes the atmosphere of a place. It feels like a very happy building. There’s something about being around each other, and popping into another rehearsal, and that’s wonderful. It’s a very special feeling compared with the other international houses I have worked in.’

For now he is focused on the Janáček, and that means, for someone who admits to making only slight progress in Norwegian – ‘Everyone speaks immaculate English!’ – working with the Czech language. Perhaps surprisingly, after Italian, German, French and Italian, Czech is the fifth most commonly used language in opera, a challenge for singers and audiences alike. But musically, it has its parallels with the rhythms of English, and translates well.

At Covent Garden, there will be English surtitles as usual, but is that a distraction when there is such intense action on stage? 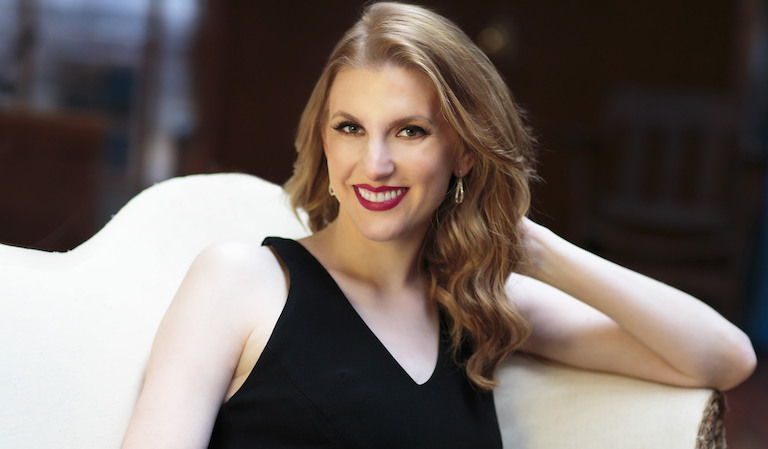 ‘There are places where the director Richard Jones and I will end up simplifying the surtitles so that the stage picture is not compromised. But in a really great evening at the opera, the quality of the story-telling and the drama of the music suck people in, and you find that people are looking up [to the surtitles] less and less out of necessity, and they are more and more engaged with what’s going on on stage. And that’s, of course, our aim.'

‘We have a wonderful language coach who I get to sit right next to me and I ask her for the exact inflection of all these phrases, I try and find it myself, and really it’s a revelation doing Janáček's music in the original language. There are lots of multiple consonants. For an anglophone it exists probably fifth in the operatic foreign languages, after French, German, Italian, and then Russian.'
=-
Katya Kabanova was written 1921 by Janáček during the very fruitful final years of his life and career. Based on the play The Thunderstorm by Alexander Ostrovsky (and with a terrifying storm in the score), it tells the story of Katya, who is unhappily married to Tichon Kabanov, and tormented by his bullying mother Kabanicha. When Tichon goes away for work, Katya is talked into meeting a neighbour, Boris, with whom she falls in love. When Tichon returns, Katya is plunged into an agony of remorse.

But why would any opera-goer at home in Mozart and Puccini plunge headlong into an opera in Czech?

‘I think that an opera like Katya is something where the drama is so emotionally raw, and there is no concession made to the idea of “operatic theatre”,’ explains Ed. ‘I find that everything in Katya is so emotionally direct. The gorgeous outpouring of emotion, the violence of how Kabanicha sings to her daughter-in-law. It should feel like – I’m not going to say it’s like a play, because that does the music a disservice – but it should feel as if you’ve got your finger on the drama every single moment. That’s what Janáček does so extraordinarily.

‘Non-musician friends of mine who’ve been to see a Janáček opera find it’s the drama that they take from it. They might feel a little bit disengaged from the artifice of some of the older opera forms, the Verdi, the Mozart, but not from this.’

‘I defy anyone to come and not be emotionally drawn into this piece. You’re always on your toes about where he’s going. Janáček never allows the music to flatline.’ When I mention Covent Garden’s superb chorus, currently appearing in Verdi’s La Traviata and Tchaikovsky’s The Queen of Spades, Ed admits, ‘I wish Janáček had written more for the chorus!’ 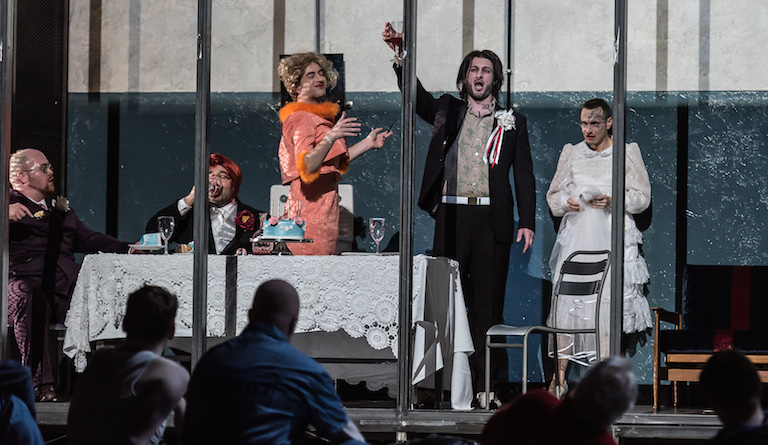 'From the House of the Dead', the Royal Opera House's most recent Janáček production, in 2018. Photo: Clive Barda

By the time we meet he has not yet rehearsed with the accomplished Orchestra of the Royal Opera House. ‘It’s that first-day-of-school feeling every time,’ he laughs, looking back at other appearances with historic institutions, such as the Leipzig Gewandhaus or Chicago Symphony Orchestra, on his international circuit.

Beyond Katya Kabanova there are other London appearances to be announced, including one opera in concert, a form growing in popularity, and a feature of his Bergen programming too. The opera with no set or costumes makes special demands on an audience. ‘We have a very sophisticated audience in London that creates its own stage pictures from a stage performance,’ he observes. ‘There’s space for hearing the music and for using your own fantasy to create the whole opera.’

One of Ed’s proudest achievements was a production of Wagner’s Die Meistersinger for ENO in his last season there. Directed, like the new Katya Kabanova, by Richard Jones, it was widely praised musically, dramatically and visually, and expressed movingly the importance of there arts to articulating the human condition, and the vast contribution made to them by Germany and German people. The production pre-dated by 18 months the Brexit referendum, but was prescient in restating the sometimes forgotten debt to Germany of British culture. ‘Richard Jones is someone I love working with,’ says the conductor.

(Culture Whisper to ENO: please can we see this Meistersinger again?)

Ed grew up in Gloucester and, after a music scholarship to Eton, he studied at Cambridge and the Royal Academy of Music; his own eight-year-old son is moving soon to a London school with good music. ‘He does piano nicely, a bit of cello, a bit of trumpet [his mother is trumpeter Alison Balsom], but we’re very low key with it, we’re really unpushy with it.’

While we lament the loss of music from British schools, it seems that Norway has its problems too.

‘There are the same issues there. Music has also vanished from the core curriculum there. In Bergen we have a series called Be Inspired, where lots of young schoolchildren come into the hall and listen to our music. The idea is that classical music can exist in everyone’s psyche from an early age.

‘With educational work in London you can really only scratch the surface, but there’s something attractive to me about a civic orchestra looking after its community like that.’

Katya Kabanova is at the Royal Opera House (4-26 Feb). Tickets are on sale now