London is giving countryside festivals a run for their money this year with its own weekend-long, park-based parties attracting some of the biggest names in music. But does anything really beat venturing out to a distant field and setting up camp for a whole weekend of music, culture, cider and (hopefully) sun?

From boutique campsites to late night DJ sets, we round up the best festivals of 2019. 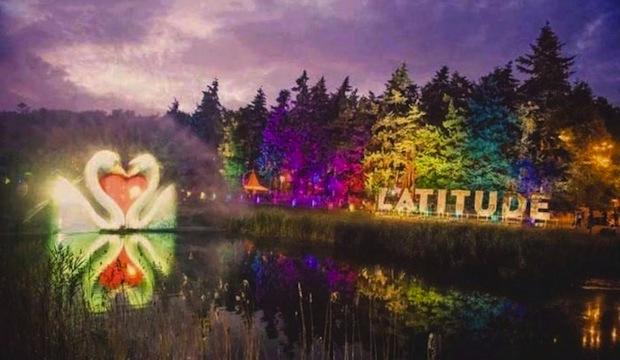 Every year, more and more revellers flock to the green pastures of Southwold’s Henham Park. Set around a pine-wreathed lake and graced with flocks of sheep (dyed bright pink for the occasion), Latitude is magically pretty. It also packs a greater punch than most music festivals: the programme is overflowing with theatre, art, comedy, poetry, literature, politics and dance. 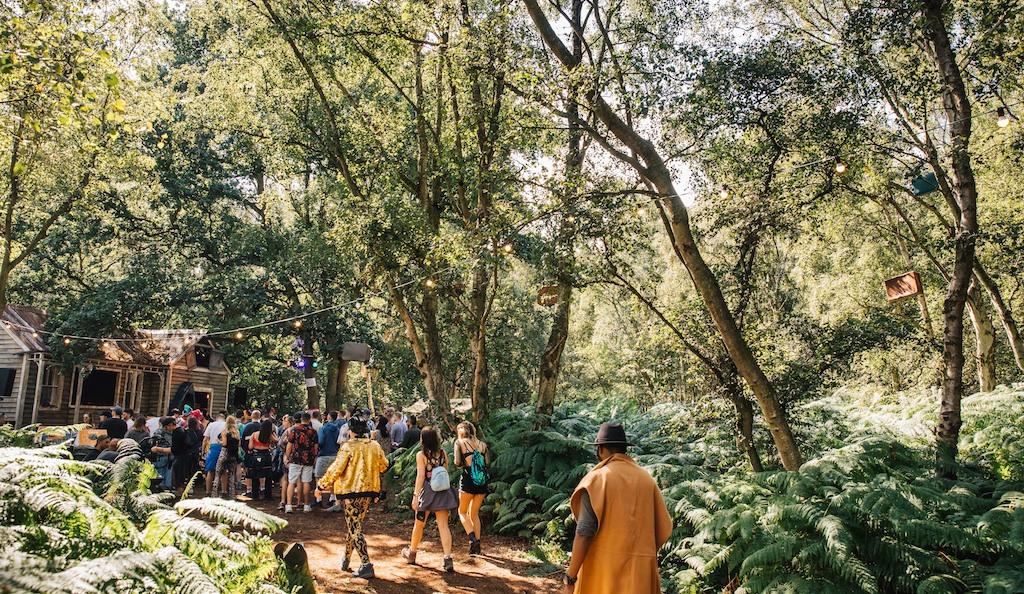 Hidden in Lincolnshire's tangled woodlands, Lost Village Festival has managed to go under the radar since its launch in 2015. But we're not exaggerating when we say it's one of the best kept secrets of the UK's summer festival scene.

This year, music headliners include DJ of the moment Peggy Gou, long-running favourite Mr Scruff and chilled out party-starter George Fitzgerald. Meanwhile, the Tribal Banquets tent hosts performances of another kind, with Merlin Labron-Johnson, Jackson Boxer and Neil Rankin among the chefs cooking up a storm. 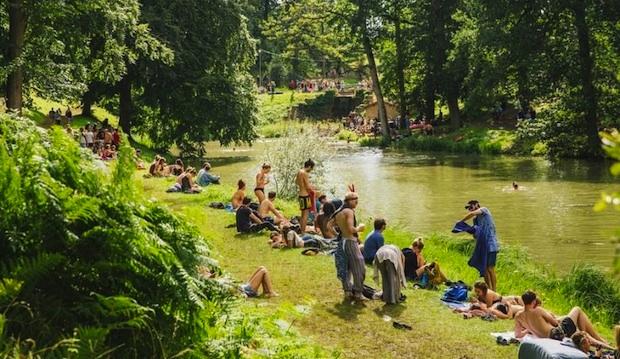 If you’re looking for a summer festival to indulge your inner flower-child while challenging the mind and eating like a gourmet, before swimming it away in the sun-dappled lake in the evening, look no further – Wilderness is back for its ninth year.

Between its headlining acts – Robyn, Bombay Bicycle Club and Groove Armada – and stellar banqueting scene, which sees several of London's top chefs descend on the festival, Wilderness promises to be the most sumptuous of the UK's summer festivals. 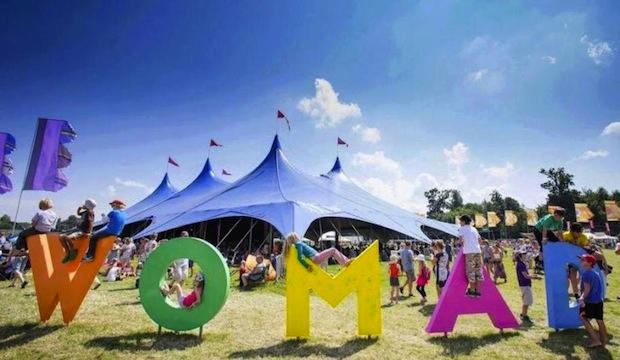 If you're allergic to the hustle and bustle of the country's larger festivals, WOMAD is the place to be. Its more modest size and lack of big-name artists make wandering the site logistically liberating. You're free to explore without constantly rushing between stages placed miles apart, you don't have to slalom through relentless crowds of partygoers and, most importantly, you don't get that inevitable sense of post-Glastonbury guilt when you didn’t catch everyone you wanted to see.

Living up to its self-made caption of being ‘the world’s festival’, the four acts headlining this year – Ziggy Marley, Anna Calvi, Salif Keita and Orbital – cover three different continents between them and their music. 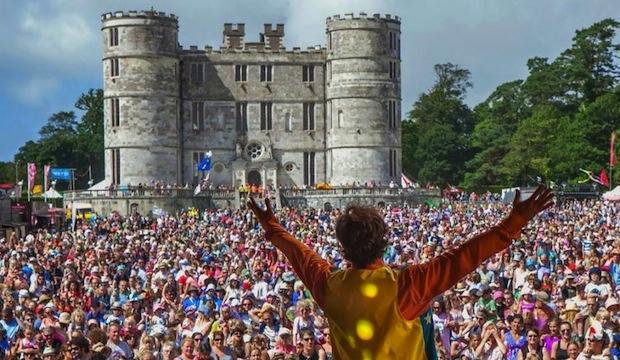 It’s silly, sensational and has something for everyone. Bestival has always offered a balance of high-octane entertainment and laid-back ambience to sign off your summer, from its most impressive outfit competitions to a line-up that inevitably features huge headliners. If you want the full-on feel of a UK festival but on a smaller scale to, say, the roaming fields of Glastonbury, Bestival’s the place to be. 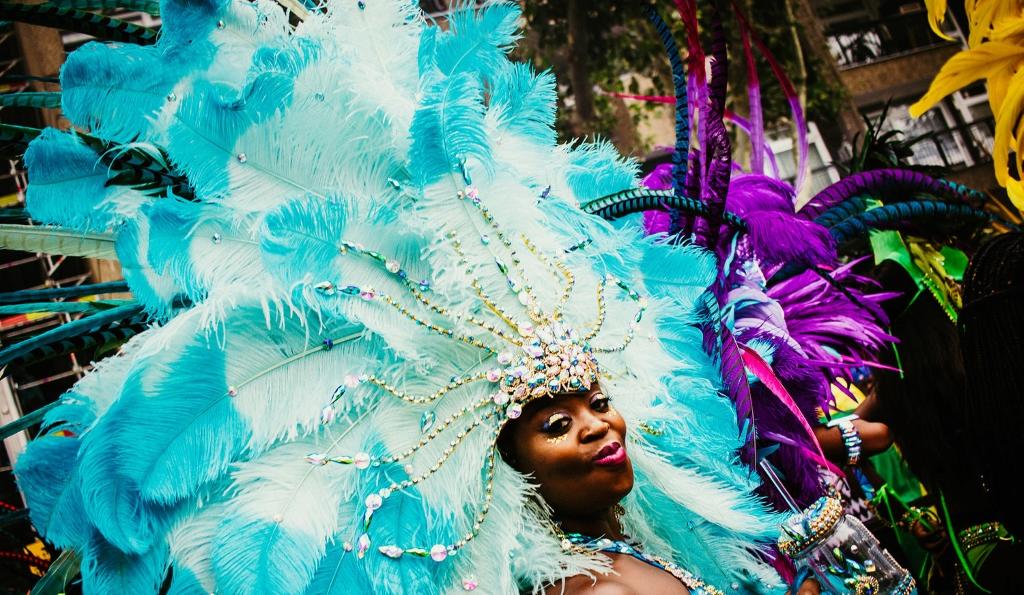 For a couple of days every summer, the leafy, distinguished quiet of west London's ice-cream-coloured squares gets blown apart. Over the August bank holiday weekend, Carnival comes to Notting Hill, bringing with it goat curry, steel drums, rum punch, coconuts, jerk chicken and a whole lot of joy. 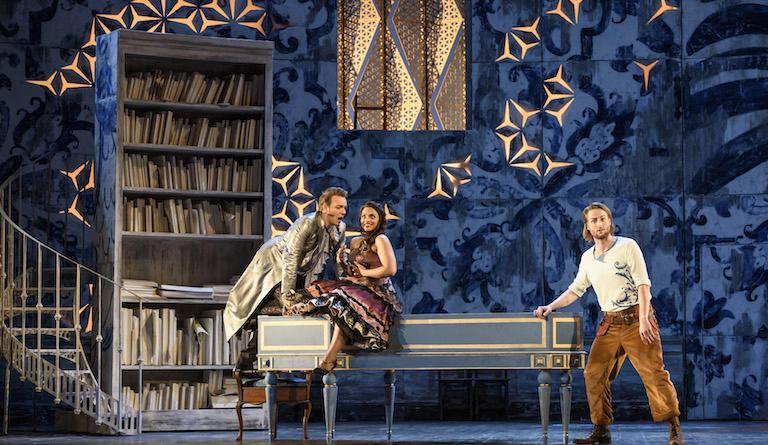 Glyndebourne Festival Opera may feel like a thoroughly British institution, but its foundation relied on talent from the mainland of Europe, in the form of its first musical director, first artistic director and first administrator, all of whom fled Nazi Germany in the 1930s. It broke the mould then, and it continues to do so with radical productions alongside firm favourites. Follow the link below to find out more about this year's productions. 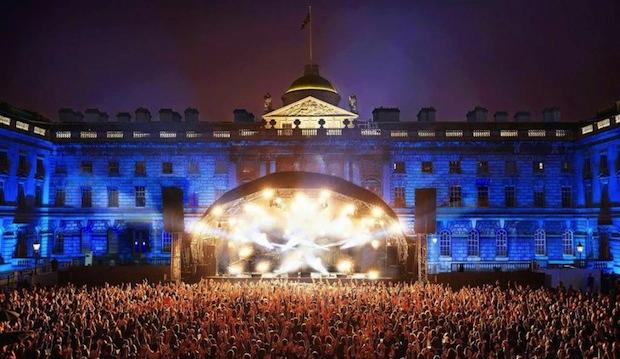 Somerset House's annual Summer Series is definitely the bell of the ball in the UK festival scene, inviting music lovers to experience world class gigs with a spectacular backdrop. This July, 11 acts will perform in a week of refined raving with genre-mashing sounds ranging from avant-jazz to futuristic flamenco. Among the list of confirmed artists are Nao, Jacob Banks and Los Angeles band The Internet. 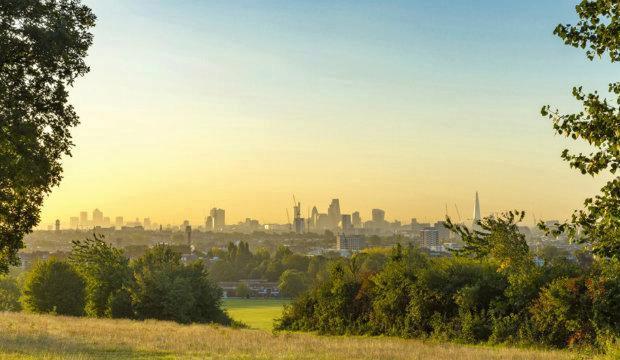 How The Light Gets In

HowTheLightGetsIn gives a cerebral twist to the traditional format of events and live performances. Brace yourself for some big thinking as philosophers, musicians and comedians come together in London. Based in Hampstead's grand Kenwood House, the festival hosts an intellectually stimulating programme of debates, talks and concerts this year. With 100 events packed into two days there's plenty to choose from, including over 50 debates and talks, and 40 bands and comedy acts.

Highlights include International Development Secretary Rory Stewart, who debates the future of politics after his surprise shake-up of the Conservative leadership race. Another comes by way of philosopher, sociologist and cultural critic Slavoj Žižek (screenwriter and presenter of The Pervert’s Guide to Cinema and The Pervert’s Guide to Ideology) who is speaking at HowTheLightGetsIn via a video link. 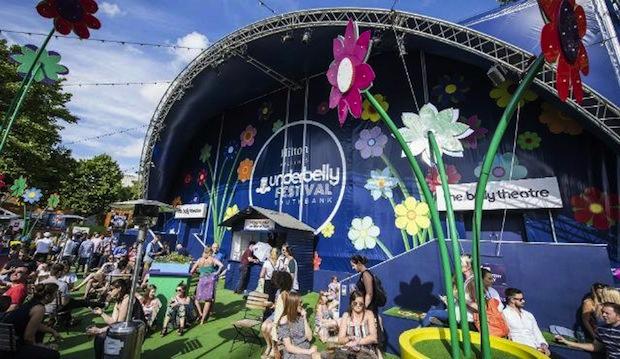 Returning to London's Southbank for the 11th consecutive year, the Underbelly Festival has established itself as one of the city's most vibrant cultural celebrations, promoting the best new British performance art alongside seasoned world-class entertainers. 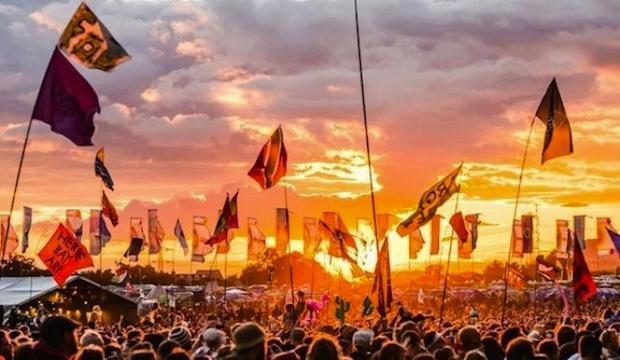 Whether you're a regular festival goer or not, chances are you're keenly aware that Glastonbury is the crème de la crème of UK festivals, and tickets to it are the most sought after of them all. The festival returns to Worthy Farm this summer, following a fallow year, with performances from Stormzy, Kylie Minogue and Janelle Monae already confirmed. 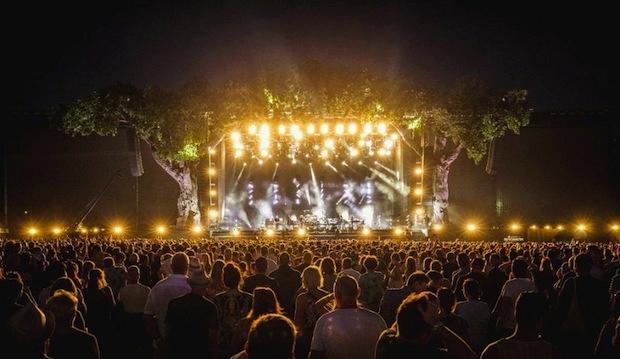 Our hearts will go on (and on, and on) this summer as queen of power ballads Celine Dion plays her only European gig as the first headliner of 2019's first Barclaycard British Summer Time – a festival held over two weekends in Hyde Park. After Dion opens the summer of music, the second weekend balances a Saturday of swinging pop from headliner Robbie Williams and a Sunday of soulful folk from Florence and The Machine. 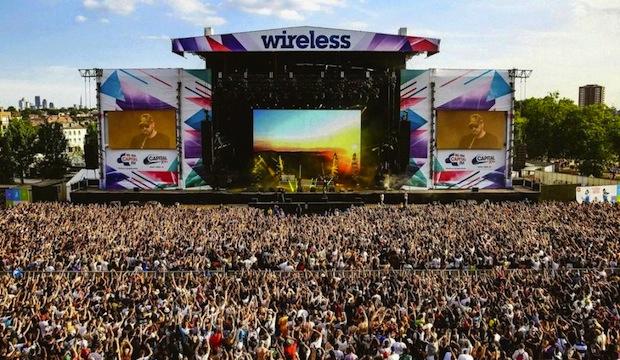 Urban music festival Wireless returns to Finsbury Park for the seventh year running this July. The festival has well and truly shrugged off its original image as an indie and pop festival, and is now etched in the festival calendar as a prominent urban music festival specialising in rap, grime and R’n’B. Headline acts include Migos, Cardi B, Travis Scott, and A$AP Rocky. 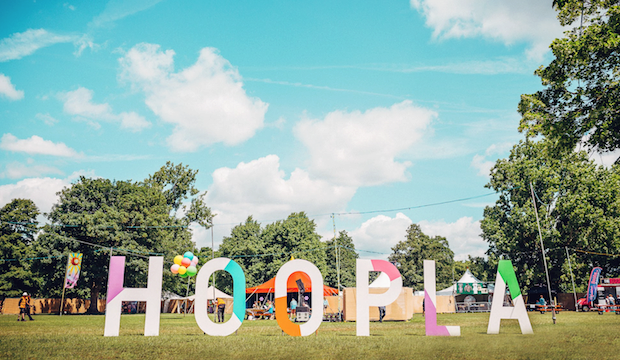 Once again, more than 20,000 festival-goers are expected to descend on Brockwell Park for 'the ultimate celebration of all things pop, sparky and fun'.

Keep an eye out for the 70s Queen of Funk, Chaka Khan, as well as R&B-tinged pop groups All Saints and Liberty X. They'll be joined by a plethora of female pop gems, including Jamelia, Kate Nash and Tove Lo, and a glorious spectrum of dance-centred acts from 80s heroes Bananarama to Australian electro-pop band Confidence Man. 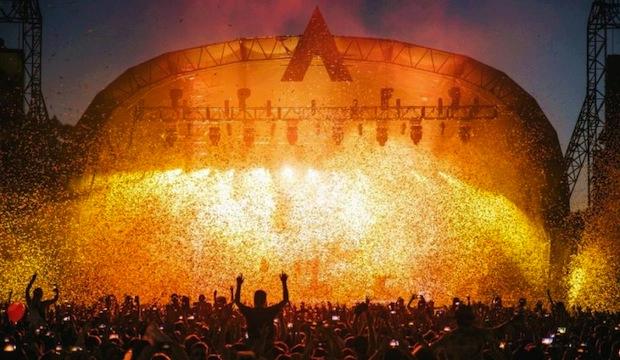 Despite only launching in 2015, Citadel has quickly established itself as a mainstay of London's summer festival scene. Last summer, the family-friendly festival moved from its home in east London's Victoria Park to west London's Gunnersbury Park, where it's returning to this year.

Bastille, Catfish and the Bottlemen, and Friendly Fires are confirmed as headliners, while folk-rock band Bear's Dean, Australian singer-songwriter (and dreamboat) Matt Corby, and Scottish indie rock singer Honeyblood are also among those playing. 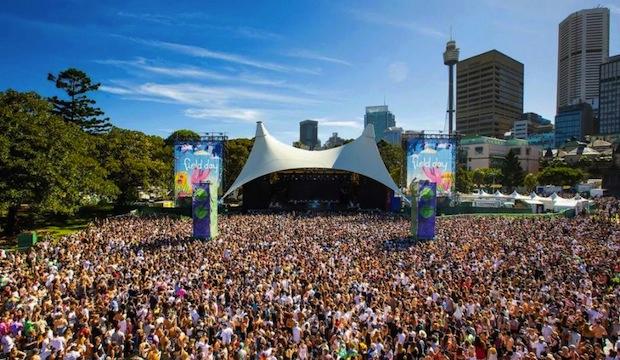 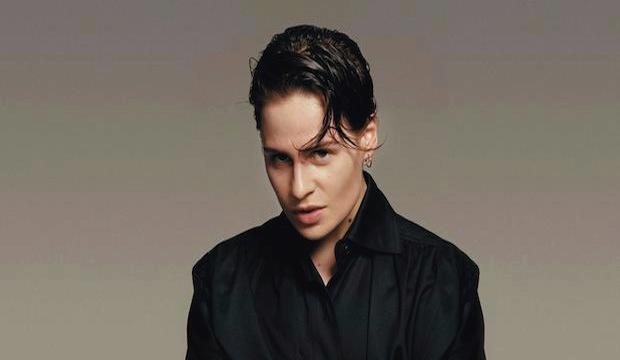 All Points East will once again be a 10-day extravaganza running from the 24 May to 2 June. It is split into two weekends of music, kicking off with three big days of music, spanning Electro-rock, synth-pop and indie folk. You can book separately for each stand alone day on either weekend.

Electronic duo The Chemical Brothers are headlining the opening night of weekend one (Friday 24 May). The Strokes are headlining the following day, taking to the stage for their first U.K. performance in four years. Then, on Sunday 26 May, synth-pop star Christine and the Queens takes centre stage with her avant-garde dance moves. American indie folk band Bon Iver are headlining the final night (Sunday 3 June). 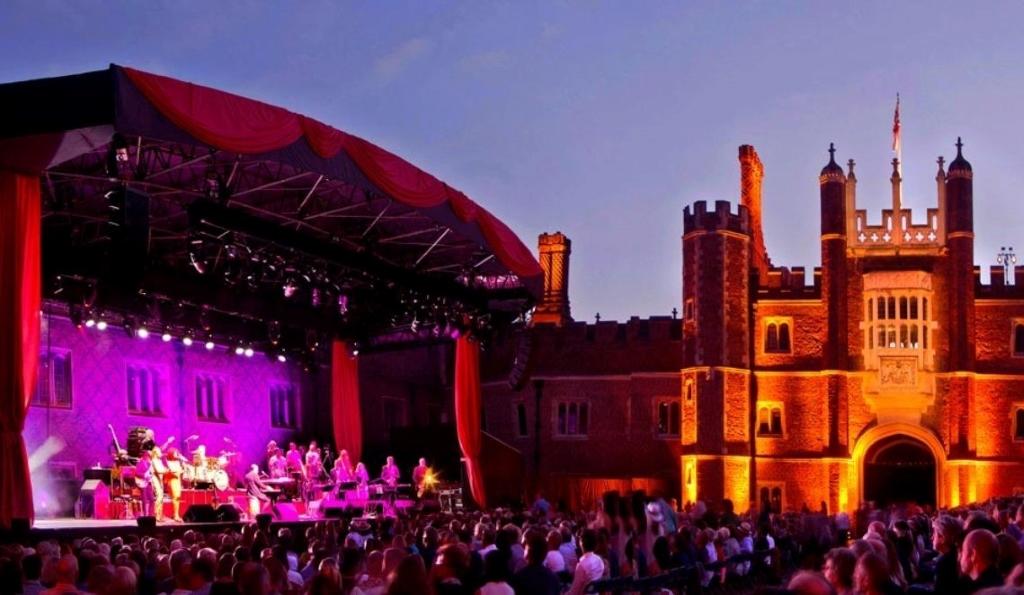 Hampton Court Palace Festival returns to Kent this summer for the 27th year, bringing with it a stellar line-up of headliners including Kylie Minogue, The Jacksons, Busted, Michael Ball and Alfie Boe. 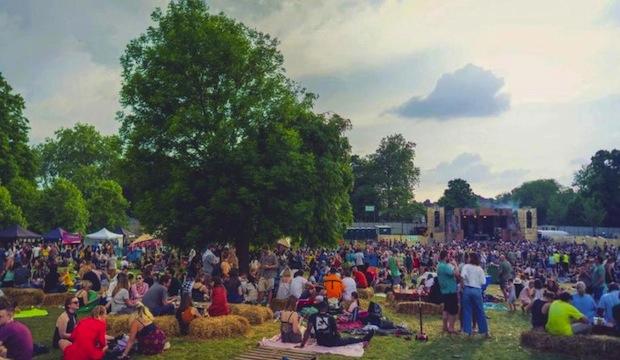 Jam on the Rye

Peckham’s day-long, family-orientated music festival Jam on the Rye returns for a second year on Saturday 27 May, with R’n’B veteran Kelis to headline. The American singer-songwriter shot to fame both sides of the pond with hit single ‘Milkshake’ in 2003. Kelis is being joined by British DJ Jazzie B, a founding member 80s band Soul II Soul, and British soul singer and songwriter Omar, a former collaborator of Stevie Wonder.

Read more ...
WHEN
27 May
WHERE
Peckham Rye Park
Share: