Underbelly Festival Southbank is back – featuring comedy, circus and much more

The 400-seater venue returns in spring with over 70 hugely varied shows in comedy, circus and family entertainment. The communal area outside it, meanwhile, is once again brought to life with quirky decorations, food and drink stalls and comfy seating areas ideal for lounging.

The festival programme presents an array of exciting acts, from award-winning stand-ups and cabaret to kids’ shows and improvised theatre. To help navigate the sea of great performances, Culture Whisper has picked out highlights in each category that are worth booking tickets for in advance. 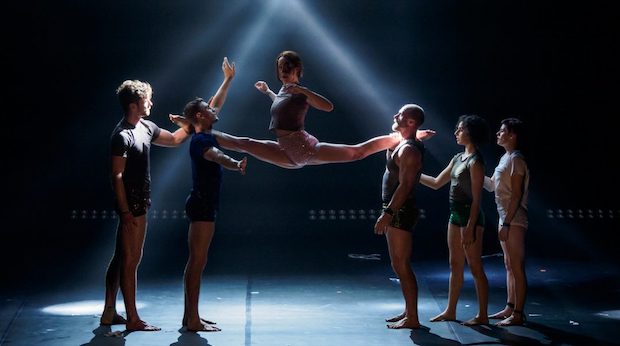 A Simple Space: 5 April - 5 May 2019
Seven acrobats push their physical limits without reserve; this performance is simultaneously raw, frantic and delicate. Supported by live percussion, A Simple Space is a fusion of movement and music, presented so intimately that you can feel the heat, hear every breath, and be immersed in every moment.

Swing Out! A Night of Live Swing Music and Dancing: 8 April - 2 September 2019
Rouge your knees, shine your shoes and prepare to enter a razzling dazzling world of Swing. From the decadent 20s Jazz age, the glamourous 30s, and the spirit of the 40s, to the rebels of the 50s, experience a whirlwind of live music and dancing. Follow your host SwingdanceUK to pick up some moves at the start of the evening, then step, stomp and shimmy your heart out for a 'spiffing' good time. 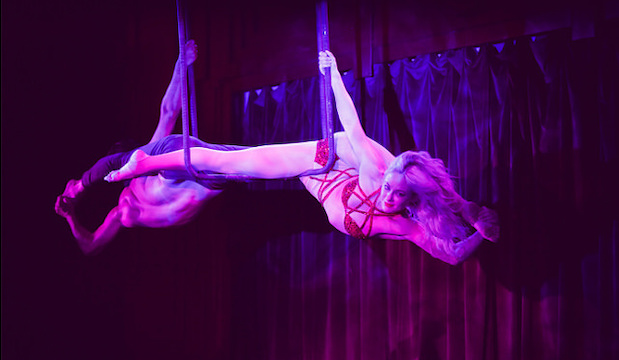 Opening Gala: 5 April 2019
The Opening Gala is an opportunity for audiences to enjoy a taster of the best acts performing in both venues over the season.

The Massaoke Band: 12 April - 20 September 2019
For the uninitiated, Massaoke is a huge sing-along party with a zealous live band, where everyone sings together guided by giant video lyrics, and the crowd is the star of the show. Over the course of the festival, the Massaoke Band will pull out something for everyone, with themed nights this year including musicals, mixtapes and 90s classics.

BLUNDERLAND Variety Show: 20 - 21 June 2019
Direct from Brooklyn’s most notorious nightclub, BLUNDERLAND is an acid trip down the rabbit hole for a variety show unlike any other. This hedonistic party of queer underground excess features some of the finest acts in international circus, cabaret, and burlesque, tinged with an unmistakable glow of club kid euphoria and arthouse weird.

My Leonard Cohen: 17 - 23 June 2019
D’Arrietta & band celebrate the late, legendary Leonard Cohen, offering arresting and imaginative arrangements of his bets-loved music and poetry, punctuated by stories of his life and the motivations behind his songs. 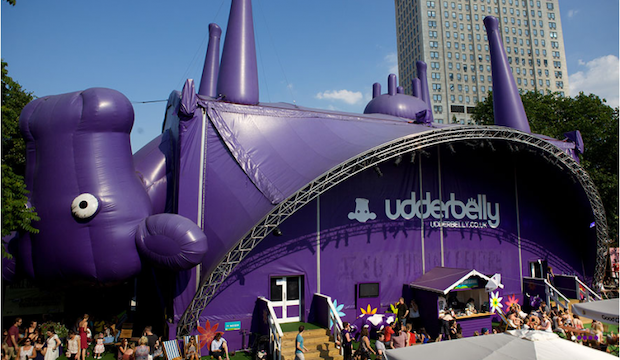 Police Cops in Space: 25 - 26 April 2019
Multi-award-winning company Police Cops are coming to the Underbelly Festival riding the wave of their recent sell-out stint at the Edinburgh Festival Fringe. The company, who are winners of the ‘Amused Moose Outstanding Show Award 2018’, bring you a comedy blockbuster; an 80’s low-fi sci-fi set in the most dangerous place on Earth… Space.

Spank!: 10 May 2019
Late night comedy institution Spank! returns to the Southbank for one night only with hilarious hosts, awesome comedians and excellent cabaret.

Criminal: An Improvised Murder Mystery: 25 May 2019
Welcome to an anarchic night of improvised murder mystery in which four comedians have to solve a hideous crime. The audience knows who committed the murder; the three suspects know who committed the murder; the only person who doesn't is the detective, who must have a stab at guessing the culprit before the night is out.

Sh!t-Faced Showtime: Guys 'n' Dolls: 6 - 13 July 2019
From the professional piss-heads behind the hit company Sh!t-Faced Shakespeare comes their all singing, all dancing, all drinking, younger sister: Sh!t-Faced Showtime. It's a New York tale of Guy meets Doll; a hilarious cocktail of gangsters, gamblers and missionaries, all mixed up with one special ingredient: a cast member who’s genuinely sozzled. The show features 'Bawdway' classics like ‘Luck Be a Liquor and Sprite’ and ‘Sit Down, You’re Rocking All Over the Place’. WARNING: This show is highly unpredictable, utterly chaotic and will certainly leave you gasping for a chaser. 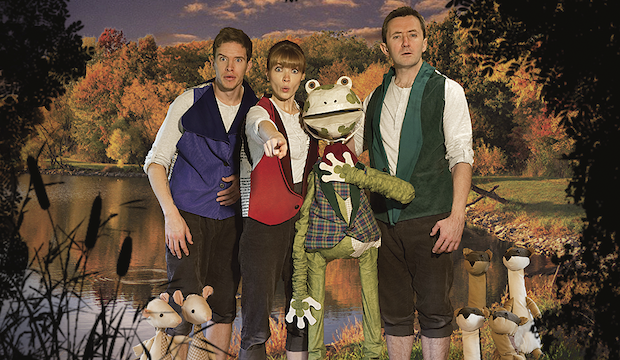 The Wind in the Willows: 6 - 7 April 2019
From the peaceful pleasures of Ratty’s beloved river bank to the fearful frights and wicked weasels of the Wild Wood, join Mole and Ratty on their adventures, along with gruff old Badger and magnificent Mr.Toad. This new adaptation of Kenneth Grahame’s much loved classic by award winning theatre company Box Tale Soup is wildly creative, featuring fantastic puppetry and a charming original score.

The Gruffalo, The Witch and the Warthog with Julia Donaldson: 11 - 13 April 2019
One of the UK's best-selling authors, Julia Donaldson, presents a reel of much-loved classics at the Underbelly Festival, following her sell-out stint at last year’s Edinburgh Festival Fringe. Room on the Broom; Superworm; The Gruffalo; and The Cook and the King are among the stories being told. The cast of five, including Julia’s guitar-playing husband Malcolm, bring Julia's stories to life with songs, puppetry and a touch of magic.

Click here for the full line-up
by Gus Mitchell 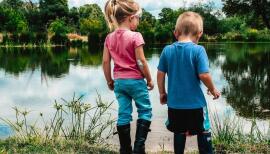 Easter holidays: what to do with kids in London this April 2022 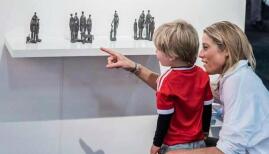 Things to do in London in March with kids