Easter means family time at Sadler’s Wells, as the theatre opens its doors to performances and immersive entertainment for children and adults alike in its renowned Family Weekend

This year the stage performance comes from Sadler’s Wells Family Weekend firm favourites, Aracaladanza. This multi-award-winning Spanish company has been winning hearts and minds in the North London dance house since its debut in 2008 with its creative and deeply engaging works.

This year Aracaladanza brings Play: a brand new work by its choreographer Enrique Cabrera that will be having its UK premiere at Sadler’s Wells, which co-produced it. Like its previous shows, Aracaladanza’s Play blends colourful costume design, music, light, rhythm and movement to lead its audience into a magical and engrossing universe, where everything is possible. Following its premiere in Spain earlier this year, one Spanish critic pronounced it ‘simply excellent.’

Arcaladanza’s five performers provide the stage entertainment, expertly handling puppets, videos and balloons, as well as their own dancing.

However, Sadler’s Wells Family Weekend offers a lot more in front of house spaces. Before and after the show there is a plethora of fun and games, crafts and activities for all the family.

On both afternoons, 19 and 20 April, there are also dance workshops for children and their families – no prior experience required! – pegged to and inspired by the music and dance at the heart of Arcaladanza’s Play. 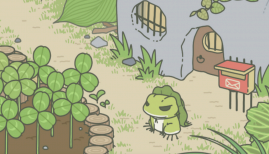 The cool kids in China are obsessed with Tabikaeru: Travel Frog
Sign up to CW’s newsletter
By entering my email I agree to the CultureWhisper Privacy Policy (we won`t share data & you can unsubscribe anytime).