On screen is where many fictitious style icons are born, both in protagonists and antagonists, villains and heroes. It's where brands and trends are revived, imagined and immortalised, and where we've watched, learned and been inspired to reach new sartorial heights.

2019's film and television has been rich in style, and from cocktail hats and herringbone to swathes of silk and neon scrunchies, we've rounded up the best-dressed screen characters of the year 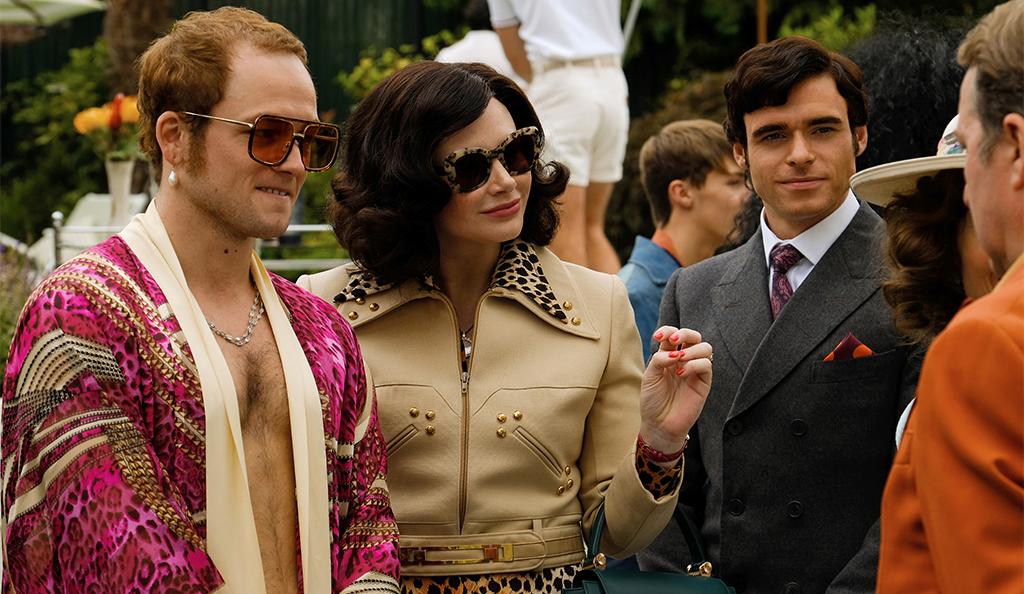 Scenes of loneliness and substance abuse are juxtaposed with John’s ecstatic pizazz while Taron Egerton gives a career-best performance as Sir Elton. The kaleidoscope of costumes are a riot of imagination - and that of one man in particular - costume designer Julian Day. 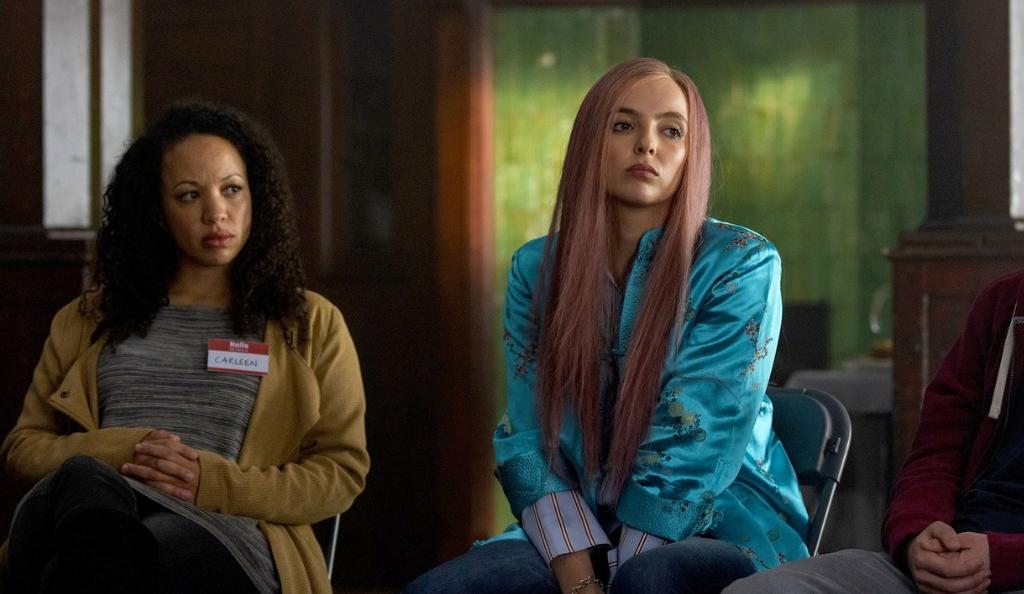 Enigmatic, savage, and yet peculiarly likeable, the brutal assassin Villanelle of Killing Eve returned to our screens earlier this year. Once again she is as assertive in fashion as in the act of murder.

Jodie Comer's brilliant performance is punctuated with style moments dreamt up by costume designer Charlotte Mitchell. From ice cream coloured blouses and Chloé's horse print suit to boys' pyjamas and punkish purple hair, the series' costumes are to die for. 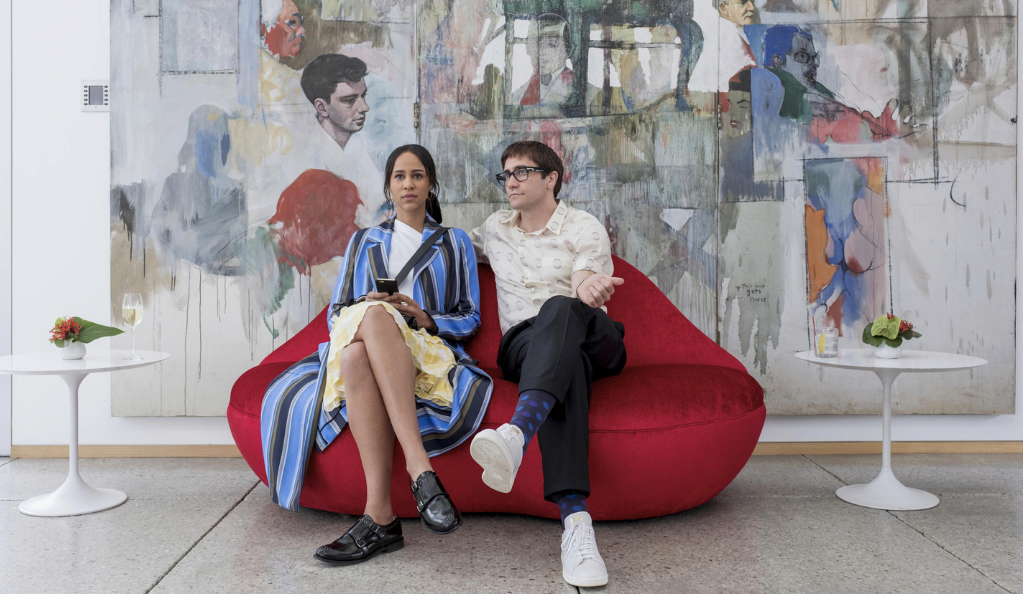 Netflix's horror-parody, which made the LA art scene its subject, boasts serious style credentials thanks to costume designers Trish Summerville and Isis Mussenden. 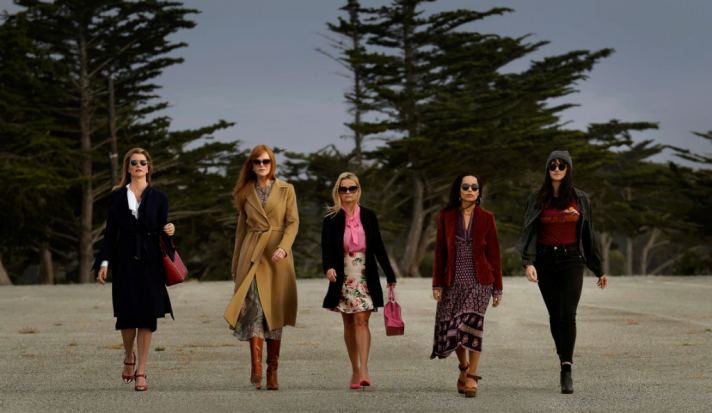 The much-anticipated second season of Big Little Lies has landed, bringing viewers back to the salt-worn shores and heady drama of Monterey Bay. With it, returned the stellar display of costumes - dreamed up by Emmy-winning costume designer Alix Friedberg - that had sparked a thousand articles exploring mum-tribes and their sartorial prowess in the previous season. 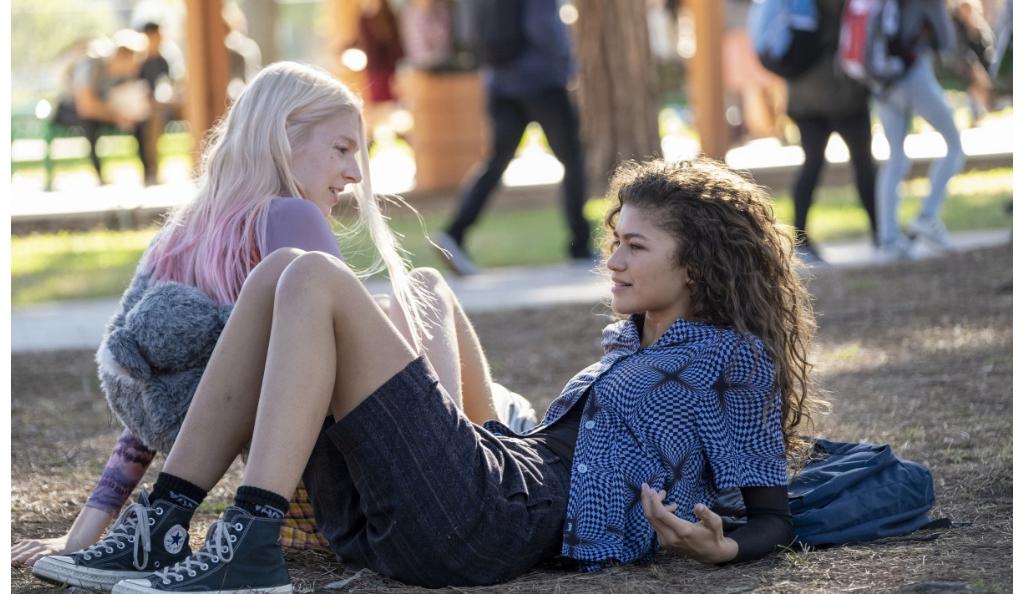 Gen Z style comes to life in Euphoria, the trippy new Sky Atlantic show making serious waves across the globe, thanks to its scenes of drug-use, sex and violence that have garnered both praise and criticism.

Zendaya plays Rue Bennett, a troubled 17-year-old Rue, fresh from rehab, with a love of converse, tie-dye hoodies and button down shirts. 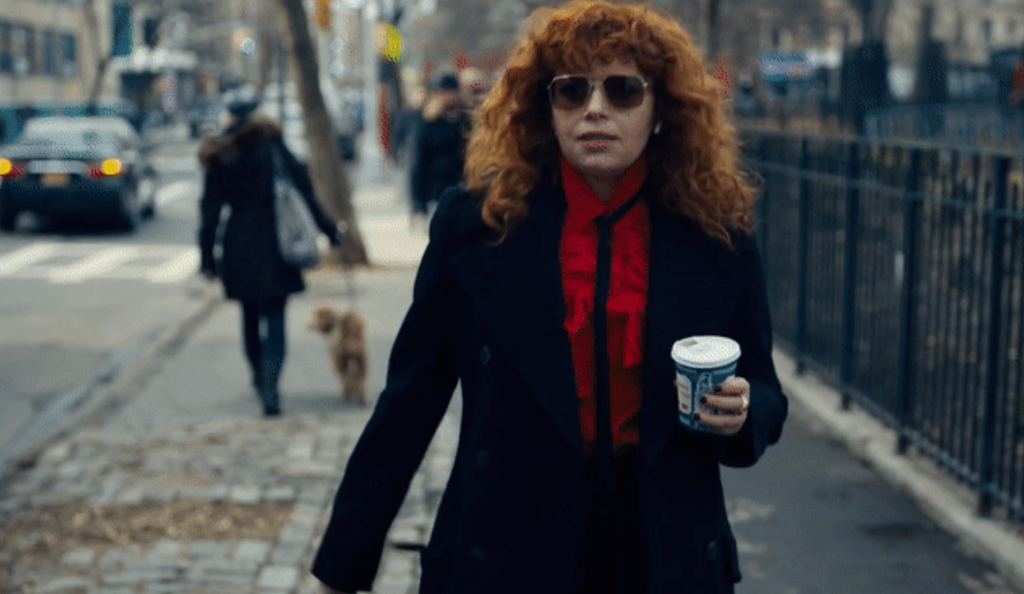 Natasha Lyonne is dark and hilarious in Russian Doll, lost in a deathly time warp in a provocative New York City. Costume Designer Jenn Rogien (who also worked with Lyonne on Orange Is The New Black) reverts to an all-black aesthetic for the protagonist, with punches of scarlet red and gold to accent. Mourning's favourite hue, over and over again. 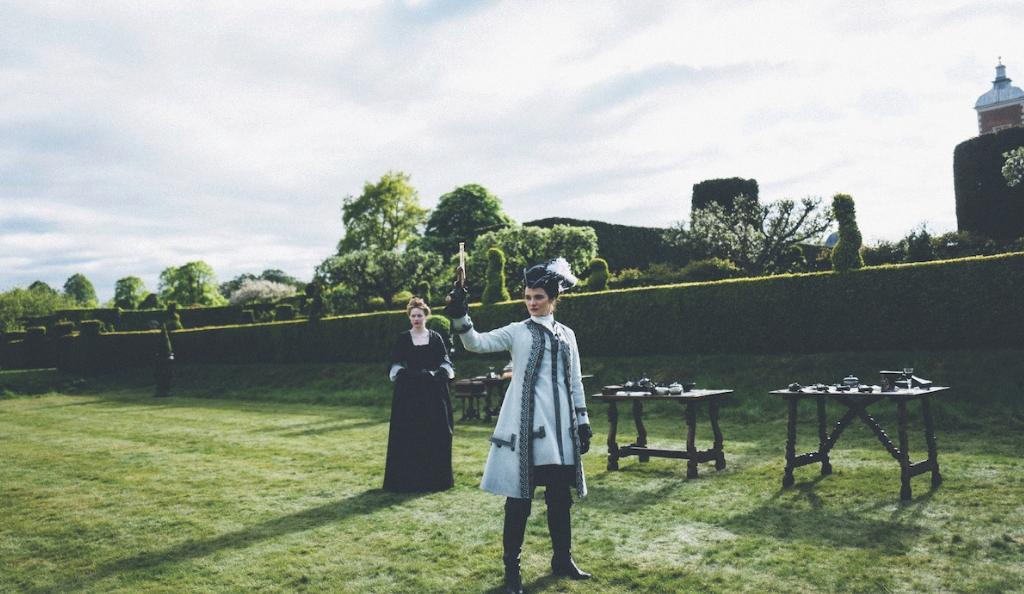 Yorgos Lanthimos's period masterpiece The Favourite - starring Olivia Coleman and Rachel Weisz - prompted critics to coin the phrase 'gout rich'. This was largely down to the costumes, replete with Baroque pearls, fur-linings and lush embroidery, along with scenes of in-palace duck racing and pineapple eating. Rachel Weisz's character, Lady in Waiting Sarah Churchill's shooting outfit is OUR Favourite. 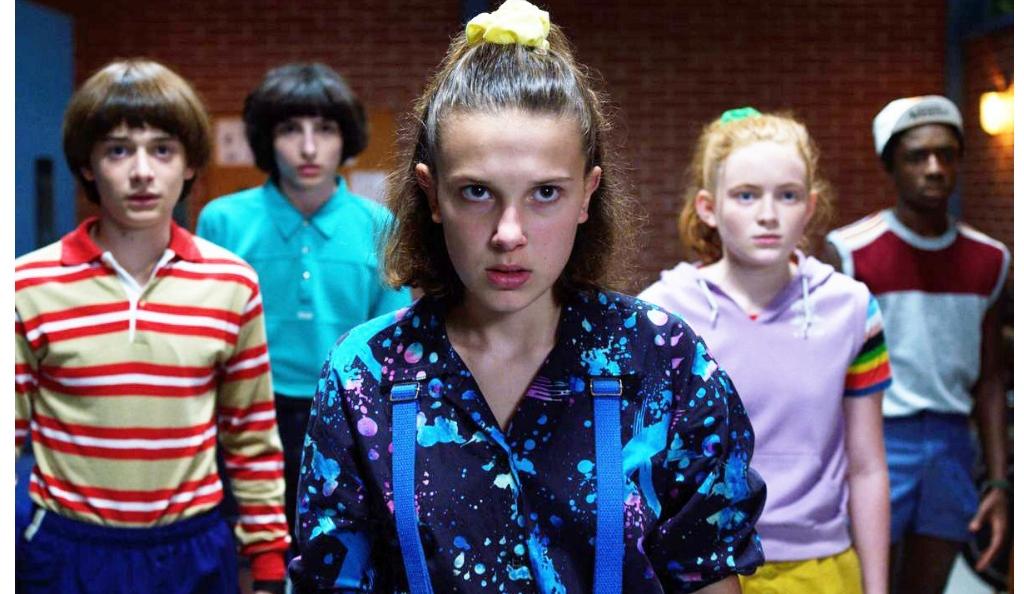 Everyone's favourite Telekinetic, Eleven from Stranger Things, had her fashion-coming-of-age moment this series. With scrunchies, braces and ultra-graphic button down shirts aplenty, this girl's found her 80's themed sartorial bliss. 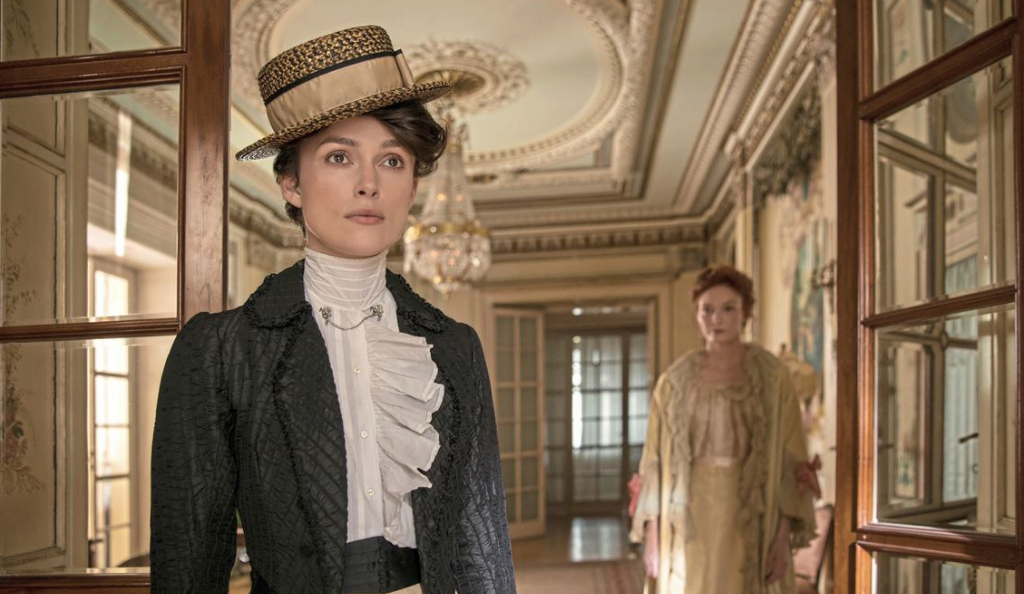 Costume designer Andrea Flesch has meticulously created reproductions of Colette's androgynous and subversive wardrobe, and you can expect an array of impressive ensembles. 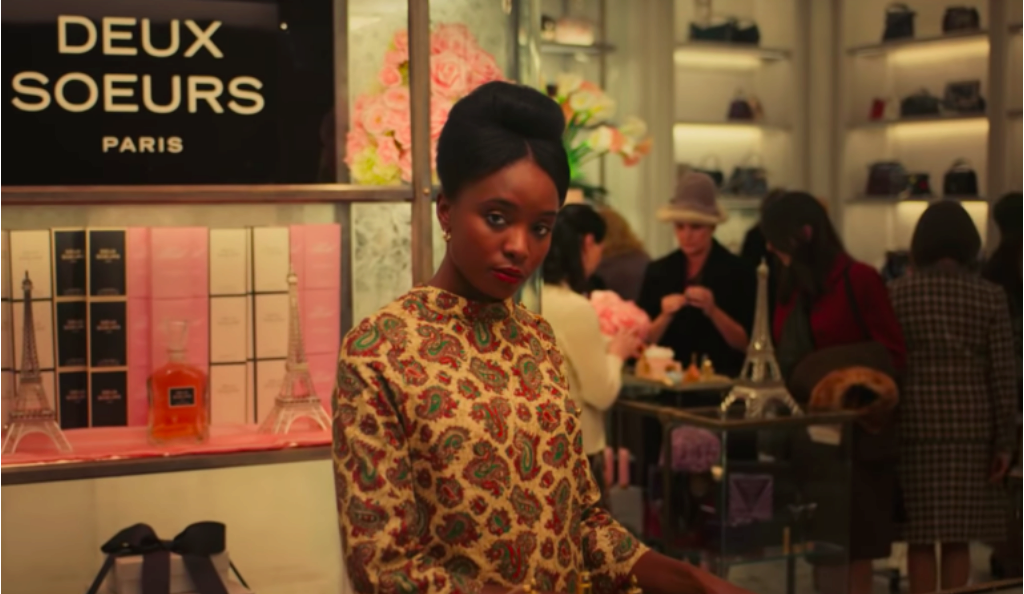 Tish, If Beale Street Could Talk

Director Barry Jenkins and costume designer Caroline Eselin's (also responsible for the clothing in masterpiece Moonlight) work with palette of blues, greens and yellows in If Beale Street Could Talk.

Sumptuous, vintage and vibrant, the outfits and colour scheme place 1970s Harlem as a glowing backdrop for a tale of loyalty and love.