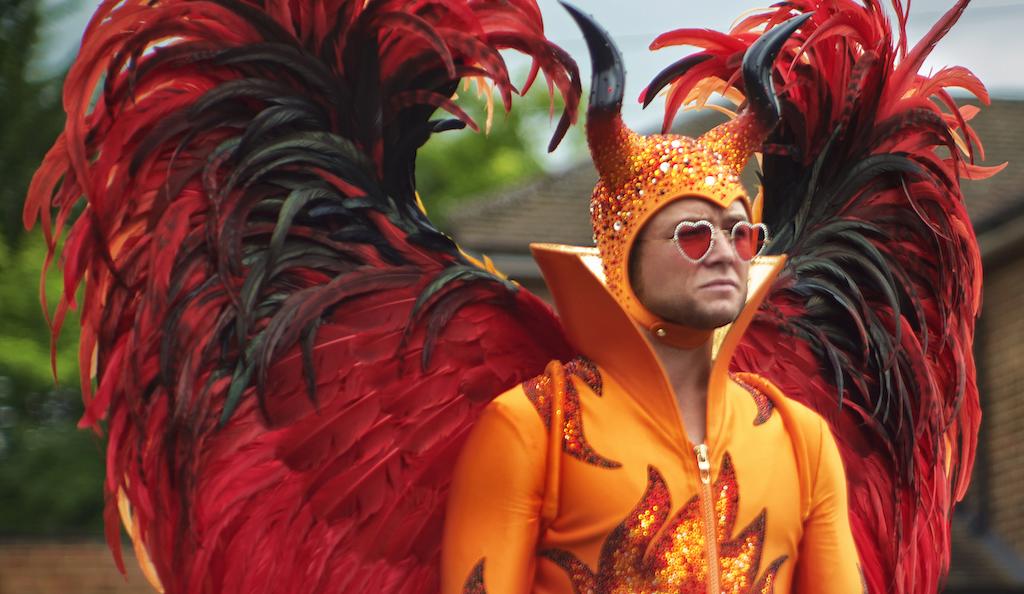 Scenes of loneliness and substance abuse are juxtaposed with John’s ecstatic pizazz while Taron Egerton gives a career-best performance as Sir Elton. The kaleidoscope of costumes are a riot of imagination - and that of one man in particular - costume designer Julian Day.

From the flaming, lycra devil costume embellished with over 60,000 Swarovski crystals to the 40 different pairs of sunglasses worn by Egerton in the 121 minute musical, no detail was spared. ‘I don’t think that we ever used the same item of clothing twice,’ Day tells Culture Whisper.

‘As [Sir Elton’s] fame and fortune grew, so did his addiction. Not just to drugs and alcohol but to shopping. There was definitely a correlation between his rise and the way the clothes reflected that.’ 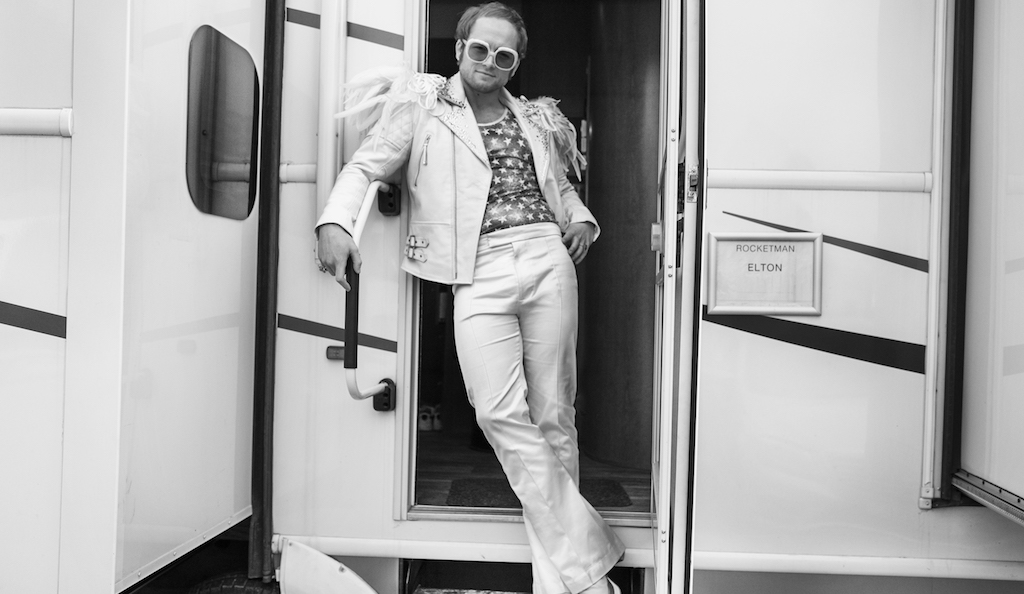 It wasn’t as simple as making carbon-copies of Elton’s seminal looks, and Day looked to photographers Tim Walker and David LaChapelle for inspiration, as well as his frequent visits to Elton’s stage and personal archives. `I've never seen so many Versace dressing gowns,’ he tells us. ‘That was interesting, because obviously the film isn’t only about stage dressing, but also about his personal life. Just seeing those good few rails of them inspired me - and the dressing gown look ended up recurring throughout the film.’

But it is the glittering glaze of Swarovski crystals that were Rocketman’s trustiest trope. ‘There would be sack-loads of them arriving every morning,’ Day tells us. ‘I think the crystals added another dimension to the film. If I could find a place to put a crystal, I would put it there and I would still be putting crystals on things now if I could.’

As well as Swarovski and Gucci, the other major contributor to the film was Chopard. ‘Sir Elton came down to the studio and the thing I really noticed about him was his jewellery, so it just seemed to be such a perfect opportunity to work with Chopard. They were great, and pulled in pieces from all over the world. We would have security guards bring the pieces in the morning - it was extraordinary. The thing I really noticed was how Taron was transformed when he started putting on the rings and watches and necklaces and earrings - so that really worked.’ 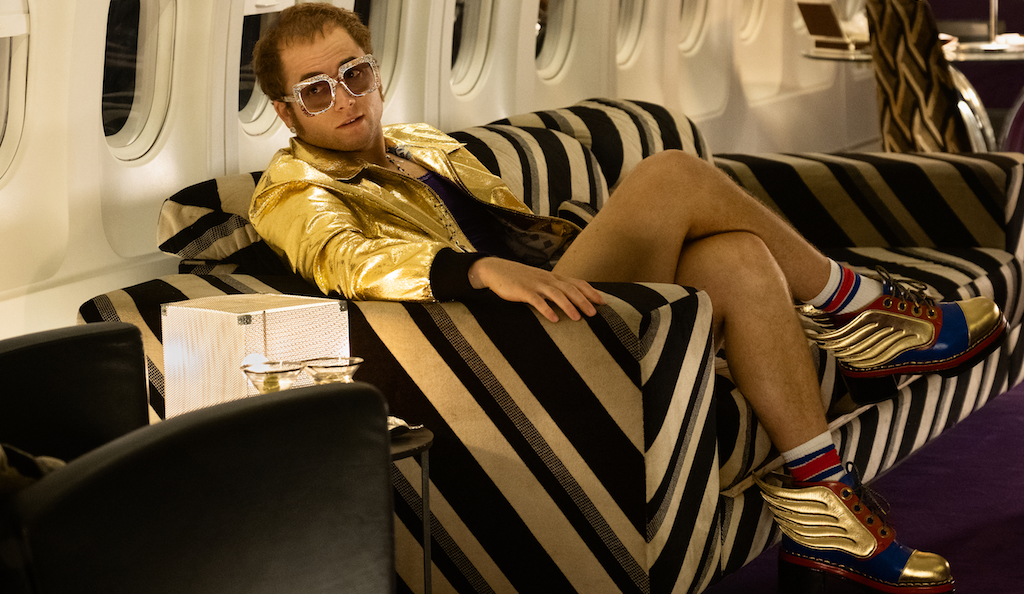 It is not the first time that Day has worked alongside director Dexter Fletcher. Indeed, his artistry as costume designer for Bohemian Rhapsody is what secured him the same role for Rocketman. We asked Day about the parallels between glam-rock dignitaries Sir Elton John and Freddie Mercury.

‘They were both extraordinarily unique, and used fashion in an interesting way. Freddie was a bit simpler. He was quite outrageous, and brought some iconic gay clothing into the mainstream - the leather caps and the moustache - but they were both extremely macho as well. I think sometimes Freddie wanted to portray himself through his clothing, whereas Elton wanted to hide himself - it was a shield, a barrier.’ Sir Elton's outfits, then, were as much armour as they were costume. But what wonderful armour they were .

Rocketman is in cinemas now