Good Boys review 3 Good Boys review Euan Franklin
Since Stranger Things began in 2016, teen comedies and dramas have surged in quality, the competition proving as fierce as it was in the 1980s – potentially even more so. This year alone has seen Sex Education, Eighth Grade, Booksmart, mid90s, and Euphoria – all horrendously difficult to rank, each finding its specific tone and age group.

But there’s bound to be a less cool kid at the party, and although Good Boys proves to be a laugh-a-minute attendee, this golden time for teen stories could be quick to chuck it out.

Produced by Superbad writers Seth Rogen and Evan Goldberg, Good Boys tackles the youngest kids of the lot – in fact, they’re not even teenagers yet. As Max, the sweet 12-year-old hero, says: they're ‘tweens’. Is this, then, a 15-rated 'tween comedy'? Well, all the trademarks of a teen comedy remain – just with a lot more naivety. 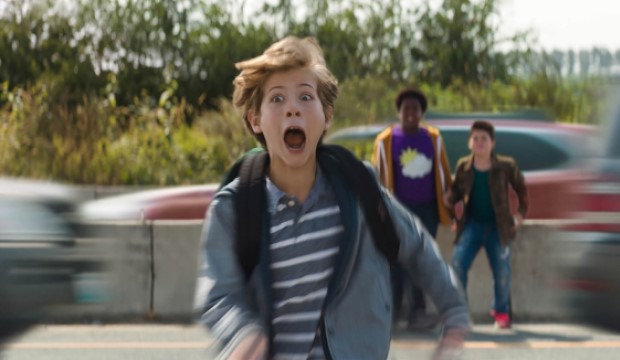 Max – played to comedic and confused perfection by Room actor Jacob Tremblay – is the coolest in his tight group of friends ('the Beanbag Boys'), which includes the camp law-abider Lucas (Keith L Williams) and the spikey-haired musical talent Thor (Brady Noon).

To prepare for the kissing party, having never kissed anyone, Max and co. spiral into some gross and thrilling adventures across their little town. One involves a sex doll that the kids mistake for a CPR dummy, leading to a rancid moment that’s thankfully somehow funny. As with anything involving Seth Rogen (Bad Neighbours 2 comes immediately to mind) the gross-out moments form an integral part of the comedy – sometimes working, sometimes falling flat in a slop of sick. 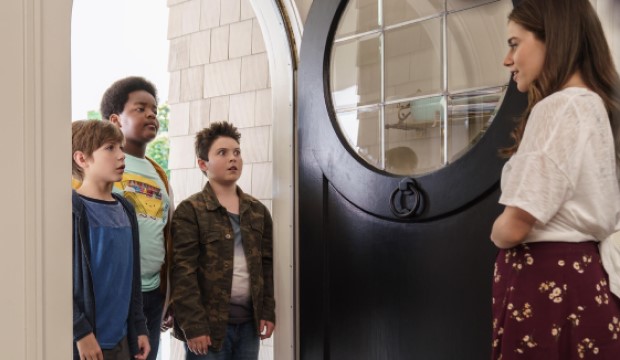 The screenplay by The Office (US) writers Lee Eisenberg and Gene Stupnitsky loses its comedic momentum with a long and convolued plot-line chasing a drone and avoiding two teen girls planning their own wild weekend. Enough jokes fire to ease an entertaining watch, but it’s like Eisenberg and Stupitsky struggled to think of more specific things the modern youth enjoy – made worse when it leads to nowhere important.

The final act offers some unexpectedly poignant surprises, reminding audiences how important and temporary those first friendships can be. The characters’ affection for each other and the chemistry between those hilarious child actors screams in those brief sad moments. It’s only a shame that drones and sex dolls are often given greater priority.

Once Upon A Time ... in Hollywood review