Honey Boy review 4 Honey Boy review Iana Murray
Movies have always tried to repair damaged people, but there’s been a recent commendable effort from filmmakers to bandage characters with more psychiatric methods. Watching films like IT: Chapter Two and A Beautiful Day in the Neighborhood (out January) is like attending high-budget therapy sessions, but Alma Har’el’s film debut Honey Boy is different. Its screenplay was literally a result of therapy.

Controversial screen actor Shia LaBeouf wrote the film during his court-ordered rehab, after a drink-driving arrest in 2017. The film delves into his traumatised childhood with an alcoholic, abusive father played by LaBeouf himself in a furiously honest performance.

A vividly vulnerable Lucas Hedges resumes his Sad Boy acting stretch (Ben is Back, Boy Erased) as the 22-year-old Otis, LaBeouf’s surrogate. The opening shot starts with him on a movie set, pulled back by harness and wire to an exploding plane (clearly alluding to LaBeouf’s Transformers days). Otis then plunges into a hazy montage: flicking from set-to-set, smoking, drinking, having sex, before finally circling into a car wreck.

In rehab, he’s forced to think back to his relationship with his father, James, who drove him to set every morning as a 12-year-old actor. James rocks a David Foster Wallace look (long hair, bandanna, full moon glasses) and boasts his glory days as a clown performer with a daredevil chicken. Young Otis is the mature one in this tricky relationship, finding calm and restraint during his father's various insults and outbursts and rages — it's a crushingly moving performance from child actor Noah Jupe.

Scenes between father and son grow with unstable, unpredictable emotions: James can start being Otis’s buddy in one moment, then his manager, then his bully. One scene has Otis mediating a shouting match between his mum (another tiny film role for Natasha Lyonne) and James over the phone: dictating harsh details to each parent. It's a harsh and harrowing exchange, one that shows LaBeouf’s talents as a screenwriter.

Plenty of this unfolds like simply told social realism, but Har’el also delves into a dark and somnambulant mind space. Otis moves into his various actor roles with confusing multiplicity; Alex Somers’s clinky, clanky original score captures his sadness and ties it with the various machinations of a film set. Both Otises walk into dreams and fantasies to find the cause of their trauma, eventually culminating in an ambiguous but touching resolve.

Honey Boy acts as a kind of apology/explanation for LaBeouf’s behaviour. He’s an easy celebrity to poke fun at: he walked the red carpet with a brown paper bag on his head, watched all his movies reverse-chronologically in 72 hours, and posted that bizarre ‘DO IT!’ motivational video on YouTube — among all the arrests for drunken misconduct. Honey Boy helps him move passed his trauma by letting go of his father's influence. And once we see what Otis goes through, it’s no wonder why LaBeouf turned out like he did.

It’s hard to know whether Honey Boy is an acceptable apology, but it certainly brings a depth and understanding that didn’t exist before. It shows that (often) crazy isn’t born, it’s moulded from birth. By the end, it’s hard not to feel sorry for the strange case of Shia LaBeouf. 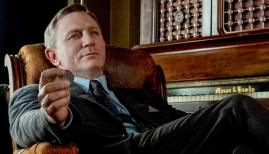