Our intelligent hero Daniel Lyons, played with smiling nerves by the always brilliant Russell Tovey, delivers a bleak monologue about the present and the future. He holds his newborn nephew and outlines all his worries, watching the News as the world gets worse. He closes with ‘What sort of world are we living in!? Cos if it’s this bad now, what’s it going to be like ... in five years?’

And so Davies’s terrifying, speculative journey begins – crossing, in this episode, five years into the future. 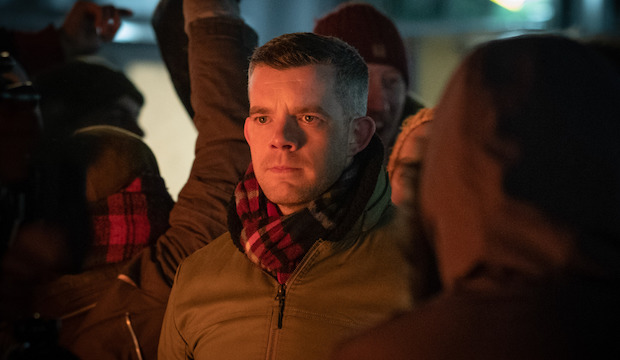 Years and Years starts with Vivienne Rook, a right-wing Farage-y populist, spouting her political views on Question Time. She’s no-nonsense, cares only about British issues, and says whatever she damn well pleases. In a QT first, she says the word ‘F***’ to emphasise how little she cares about international issues – to the applause and hatred of many.

But she’s popular, and influential. Even after losing a local election, she emphasises to a news camera: ‘I’ll be back!’ like the apocalypse-raising cyborg in Terminator.

The world soon devolves to a scarier existence - shown in a chilling montage of the years leading up to 2024, cut together like an electric nightmare. Could this be how events play out in five years’ time? Are we on the brink of global collapse? 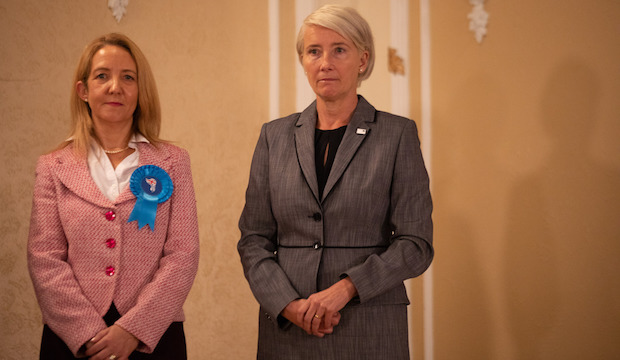 It's not all digital doom and gloom. Davies still provides some strange and kooky fun among the futuristic mayhem - similar to the eager, unpredictable sense of adventure in his Doctor Who days.

But Davies spins a furious wheel, with many distressing cogs. Like any good dystopia, Years and Years streams through these worldly developments through the eyes of its chief characters: the Lyons family. They mostly represent a common, individualistic apathy: they know someone should help the world, but don't want to do it themselves - prioritising their own issues instead.

But they can’t hide forever, and the chaos catches up with them.

The numerous cogs and characters could've turned Years and Years into an alarmist disaster, but in Davies's hands, everything is recognisable. His scariest feature is the unsettling, Black Mirrorish vision of technology - namely the physical 'Filters', designed as if to disconnect people. 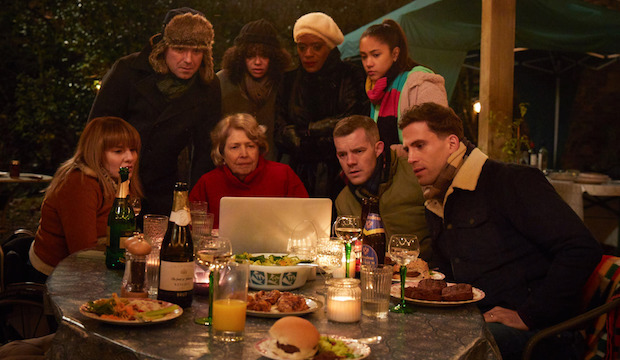 The most infuriating reflection, a trend spreading like a poison through current discourse, is the vivid imbalance between intelligence and stupidity. Daniel, our intelligent hero, works to house refugees - but his husband, Ralph (Dino Fetscher), is seduced by Internet delusions and even admires the ‘F*** You’ attitude of Vivienne Rook.

This is like the world right now: the 'elite' intellectuals vs the really popular (and dangerous) halfwits.

Years and Years is like a nervous warning note - one that will eventually self-destruct. Davies shows what the world could be, like he's encouraging us to prevent it. The alternative is having the wrong people in charge and the world thrown into pandaemonium. Imagine that...