In The Virtues, Shane Meadows' new Channel 4 drama, Joseph (Stephen Graham) is a recovering alcoholic who suffered a trauma from his childhood

The Virtues, Channel 4 review 4 The Virtues, Channel 4 review Euan Franklin
Shane Meadows isn’t ubiquitous as a filmmaker, but each of his stories – spread nicely apart – gather images that stick. Think of Shaun throwing the England flag in the sea at the end of This Is England. Or Paddy Considine delivering his violent stares in Dead Man’s Shoes.

Meadows is a force in British cinema and television, especially for social realism - creating such brutal and truthful drama, often based on personal experiences.

Now he's back on Channel 4, with his new four-part drama The Virtues. This time, he taps into a sad, sickening, and forgotten chapter from his past (revealed in a harrowing interview with The Guardian) – being one of his most personal projects yet. 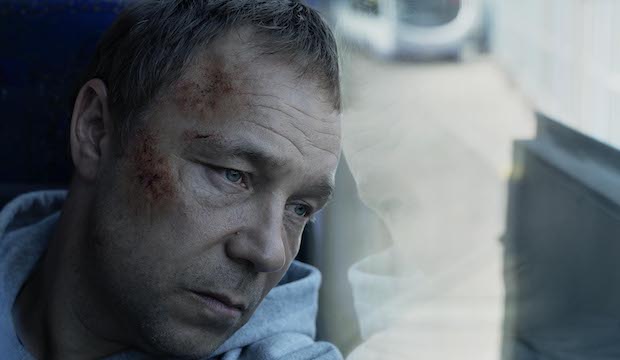 Stephen Graham stars as Joseph in The Virtues

Stephen Graham retires his role on Line of Duty and returns, almost immediately, in The Virtues. He plays Joseph, a recovering alcoholic with a son who’s off to Australia. The first shot instantly captures the sombre tone of the series, as Joseph looks miserably out of a van window. Through the episode, it’s clear there’s something stuck inside his head – eating away his mental state.

After his son leaves, Joseph endures a lethal bout of loneliness. Distressing memories flick back to him, and he tries to drown them away in drink and drugs – succeeding in a very real and dizzying bender through the night. 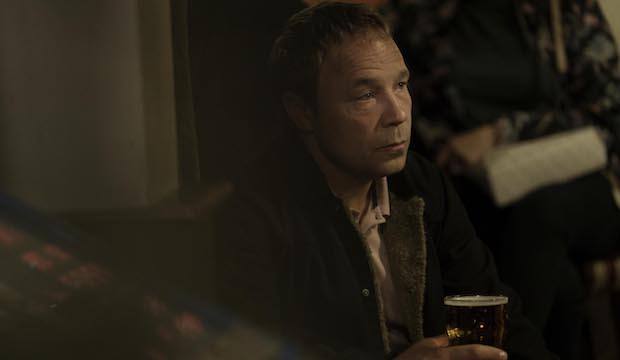 Joseph drowns his memories in drink and drugs

Something happened in his childhood, his unconscious reaching back to the '80s. Meadows shoots these brief flashbacks on VHS cameras, the images filled with fuzzy distortion and uncomfortable colours - plunging perfectly into Joseph’s tortured brain.

Episode 1 is foggy – it’s never clear why Joseph acts in the way he does, or why he looks at certain things uneasily, or why he struggles to keep it together even when sat around a friendly dinner table. But he doesn’t get it either.

For a while, the story doesn’t have a certain direction. But towards the end, Joseph sets off on a journey – presumably to find the source of his instability. Meadows, a master of pace, takes his time and doesn't rush things. Episode 1 is an introduction to Joseph, showing him at his worst. There’s no shying away from his most pitiful moments, and it’s probably going to get worse from here. 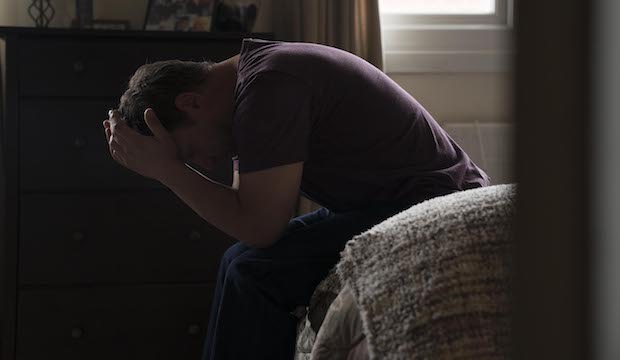 There’s no shying away from Joseph's most pitiful moments

It’s impossible not to be immersed in both Meadows’ psychological direction and Graham’s upsetting performance, weaving together a naturalistic character piece - hard to distinguish from a documentary.

Graham, in particular, is the most engaging actor working in Britain today, squeezing out mental anguish without a hint of melodrama. His marvellous performance in Line of Duty only grazes the surface of his talent – The Virtues cuts it deep. We’re fascinated, and afraid, to watch his tortured road ahead.

The Virtues airs Wednesdays at 9pm on Channel 4