Paolo Sorrentino's The New Pope sees Pope Pius XIII (Jude Law) in a coma, and the Vatican scrabbles to find a new supreme pontiff. Is John Malkovich the answer? 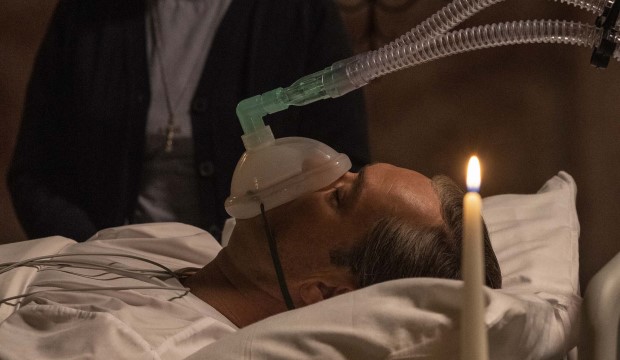 Pope Pius XIII (Jude Law) is in a coma

Sorrentino’s worlds are populated with strange, opulent, sexy colours; all while drizzling in dreamy absurdity. In many ways, that’s how he gets away with his baffling depiction of the Vatican’s inner workings – which is why the actual Vatican’s criticism of The Young Pope being 'frivolous' is irrelevant. In Sorrentino’s vision, the Catholic Church is like Succession, but plunged inside an antiquated world of long dresses and crucifixes.

Now that Pius XIII isn’t waking up, the deceptions, conspiracies and backbiting come into full swing as a new pope is selected. This is facilitated by the chief manipulator, Voiello, as he puts himself forward for the top job. 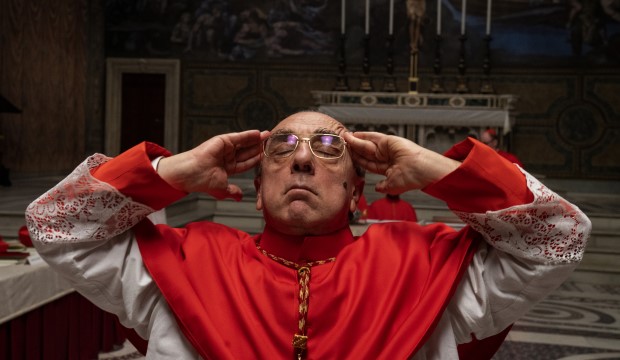 The chief manipulator, Voiello (Silvio Orlando), comes into his own in The New Pope

In the absence of Pius, Voiello really comes into his own as a funny, Shakespearean deceiver who knows the Vatican inside and out – played by Orlando in a thrilling performance that (in episode one) steals the holy limelight. Although there’s a tangible loss in Lenny Belardo’s absence, examining the surrounding Cardinals is equally enticing.

We don’t meet John Malkovich until episode two, but it’s worth the wait. He swaps his tough American tones for a posh English accent as Sir John Brannox, a characterful aristocrat residing in a huge estate owned by his hateful parents. He’s the strongest contender for the new pope, and it’s easy to see why. 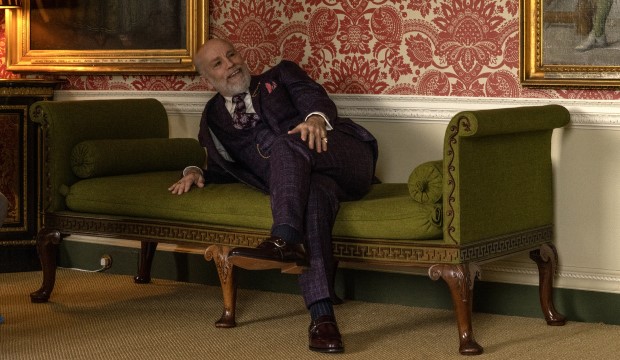 Malkovich slips into the character nicely; he’s barely recognisable. Listening to him is like hearing a great orator of religion, philosophy, and poetry. He carries a heavy existential weight and never laughs, shown beautifully as Voiello visits Brannox and tells a joke. Brannox responds: ‘that joke is terribly funny, even though I did not laugh’. He’s honest as much as intriguing.

It’s still uncertain what his message with the series is – pro-Catholic or anti-Catholic? Does it love tradition or rally against it? Is God real or dead? – but these confusing contradictions are exactly why The New Pope is so weirdly absorbing. 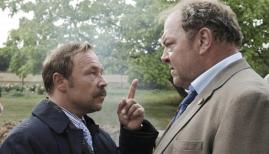