But all his knowledge – gained from his outspoken mother Jean (Gillian Anderson), who's a professional sex guru – doesn’t help when it comes to actual sex, which he struggles to achieve with his new girlfriend Ola (Patricia Allison). 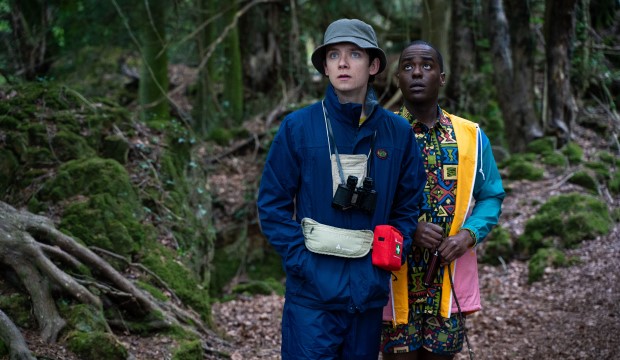 Otis (Asa Butterfield) and Eric (Ncuti Ganwa) roam around a forest. Both styles are valid...

Strangely, the abandoned, confidential therapy-bathroom is rarely visited by Otis, his flamboyant best friend Eric (Ncuti Gatwa) or the punky and pessimistic Maeve (Emma Mackey). There's a schism between Maeve and Otis, following the former’s exclusion from school and her realisation that she’s in love with Otis. Maeve's life becomes even more complicated when her unreliable mother (His Dark Materials’ Anne-Marie Duff) suddenly comes back to the caravan park. 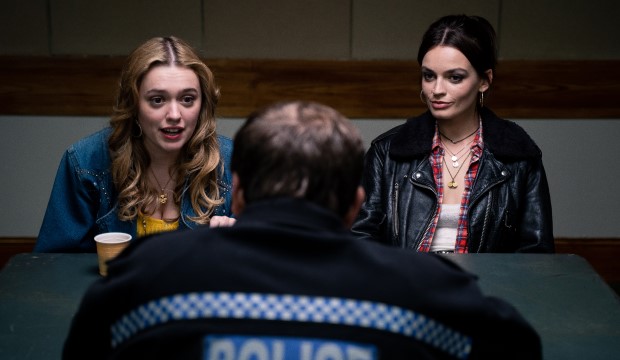 But the real star of this season is the ditsy but delightful Aimee (Aimee Lou Wood), who’s left in shock after a traumatising experience in episode three. Writer/creator Laurie Nunn continues to tread that difficult line between cliquey teen fantasy and uncomfortable modern reality, and at the end of episode seven (one of the series’ best) Nunn embraces both in an aggressive, liberating show of female solidarity.

Nunn’s lessons are more than just spicing up the bedroom: they’re about growing into nice and considerate human beings. Viewers, especially men, should take note.

Although these female friendships take centre-stage, this season also dives into toxic masculinity: the emotions repressed, the anger released. Even the well-meaning Otis falls prey to it, showing that any man (nice or not) can be afflicted. In episode six, this develops into an excruciating few minutes during a party that’s gone out of control, in which Otis gets drunk and slurs his thoughts without considering the harm he's causing. 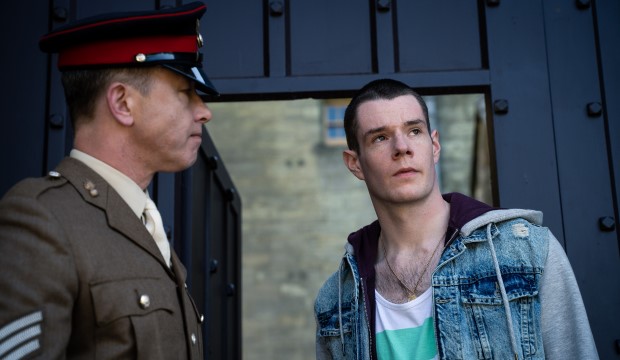 Similarly, Adam (Connor Swindells), the bully from season one who enters military school, struggles with his sexuality after an intimate moment with Eric in the music room. He can’t express himself properly, a legacy from his emotionally and sexually devoid headmaster father, Mr Groff (Alistair Petrie). In this season, Groff sheds his semblance of an 80s John Hughes villain to form a Basil Fawlty-like image of male repression, of a kind observable in many middle-aged fathers.

Season two excels in the first three episodes, muddles a bit in the middle, and then storms into a funny and poignant conclusion. There are fewer appointments with Otis, shortchanging the premise, but this season is a worthy follow-up to be binged and re-binged with effortless indulgence until season three comes. Sex Education continues to be a bed that never loses its passion.