4 CW readers are interested
The Renaissance Nude, Royal Academy of Arts, London 3 The Renaissance Nude, Royal Academy of Arts, London Lucy Scovell
Beauty may only be skin deep, but where art is concerned there is a huge amount that the naked body can tell us. From antiquity onwards, sculptors and painters have used the human form as a way to arouse sympathy, admiration and lust. As the Renaissance spread throughout Europe, bringing with it the rediscovery and revival of classical texts and art, artists were offered a plethora of reasons to depict the unclothed body, mostly – but not always – in the name of learning.

The Renaissance Nude, in the Royal Academy's Sackler Wing, leads us through this age of the intellectual, a time when our humanness became a subject of debate. It starts with the religious nude – depictions of Christ suffering and Saint Sebastian gazing into the distance, nobly ignoring the arrow in his thigh. Here, the naked body stands in for suffering, vulnerability, but also human dignity.

The next room introduces us to the Renaissance preoccupation with the classical world, but unlike the Christian god, the pagan deities of old were flawed beings. They bickered and drank and lusted after each other – and the mortals whose lives they toyed with. And these stories became the perfect, intellectual, but also pseudo intellectual excuse to add drama and eroticism to art.

Here we have the National Gallery’s Satyr Mourning Over a Nymph (1495) by Piero di Cosimo, a painting inspired, it is thought, by the tale of a jealous wife, which ends in tragedy. Although there is some story telling in this image, the beautiful, but mortally wounded, woman takes centre stage, with her fine clothes falling away to reveal her naked torso. 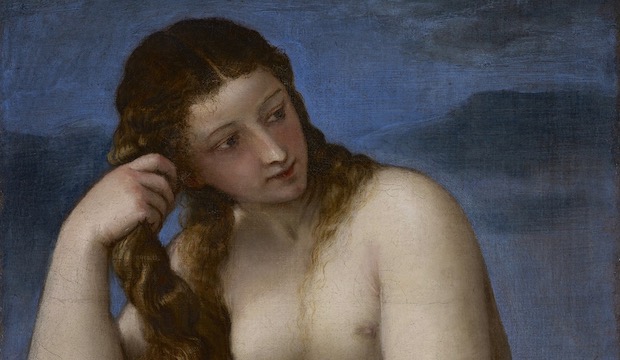 On the opposite wall, Titian’s Venus Rising from the Sea (c.1520) – on loan from the Scottish National Gallery – details the moment the goddess was born into the world, riding the shell of a clam. But the story, barely hinted at here, is little more than an excuse for Titian to paint a beautiful woman, naturalistically posed, with glowing skin, wringing the water from her long, glossy hair.

Aside from an obsession with antiquity and ideas of beauty and suffering, the Renaissance was also a time of increasing curiosity about what lay inside the body. A room of glorious drawings includes Leonardo da Vinci’s anatomical studies of the shoulder, with every muscle and ligament detailed. There are studies by Raphael, too, but his delicately rendered Three Graces (1517-18) is a far less scientific exploration of the human anatomy.

This exhibition does not only look at the art of the Italian masters. It ventures north of the Alps, too, with engravings by the German artist, Albrecht Dürer, whose highly detailed works are loaded with symbolism. Take his famous Adam and Eve (1504). Look very closely into the far distance, behind the couple pondering the wisdom of eating an apple given to them by a snake, and there is a tiny mountain goat, teetering on the top of a rock. This is the very moment, the very second, before the fall from grace.

There are many beautiful works here, not just paintings and drawings, but sculptures and bronzes, too, some barely larger than a postage stamp, plus intricate illuminations. But, despite the art on offer, this exhibition does nothing new. A focused examination of homoerotic art of the Renaissance would have been more daring – there are a couple of examples here. Instead we are offered a broad sweep without a fresh angle. 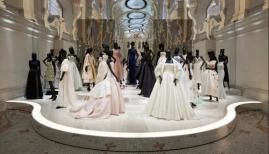 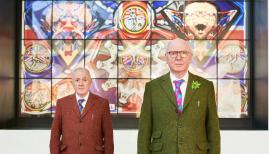