Olafur Eliasson: In real life has landed at Tate Modern and it is an immersive exhibition like no other

Even before entering the Blavatnik Building you will be greeted by an 11-metre waterfall, cascading from the top of a scaffold structure. It’s not a beautiful sculpture, but the sound of falling water in central London is transportive.

Water plays a huge part in Eliasson’s work. As a child he spent a lot of time in Iceland, a place carved by the most elemental forces. You can see this interest played out in his photo series of the country’s shrinking glaciers, taken in 1999. A brand new record is being taken now, which will be added to the gallery in the autumn to highlight the impact of 20 years of global warming. 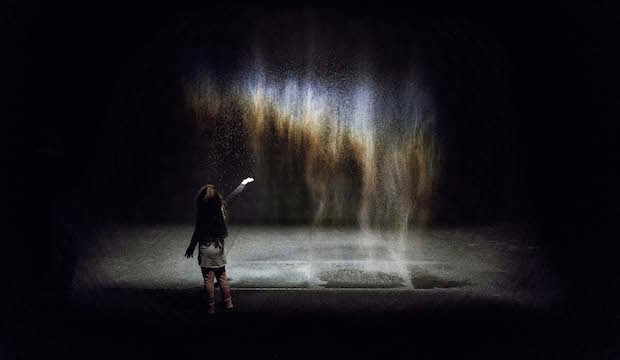 As you walk into the largest room you will be greeted by a wall of Scandinavian reindeer lichen. It is a real, living sculpture that you can touch, although a sign politely requests that you do not take any home with you. It smells faintly of another place, of a wild place, much closer to the Arctic Circle. In a small, dark room nearby you will find a work entitled Beauty (1993), an installation in which illuminated mist seemingly materialises from thin air and falls in a mesmerising, spectral veil. It is not a leap to think of the dark Icelandic winters, of the fog that falls over the lava fields in the moonlight.

But surely, the most experiential piece in this exhibition is Your Blind Passenger (2010). As a 39 metre long corridor of dense cloud, it might not be to everyone’s liking – you will almost certainly find yourself putting an arm out in front of you – but trust yourself to find the exit. As you walk through, barely able to see your feet, the illuminated corridor slowly changes colour from cool blues to warm hues. It is like being transported to another realm entirely, one that cuts out the clamour of the world, allowing you to exist entirely in the moment. 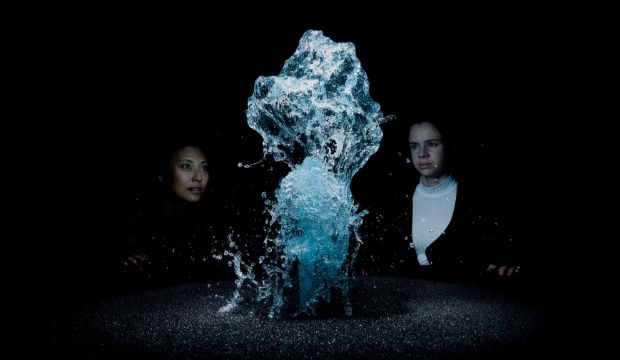 With Big Bang Fountain (2014), Eliasson brings two of his interests together in one installation. A jet of water is illuminated for only a split second at a time with intense flashes of light, producing the illusion of a sort of freeze frame. He plays with light in other ways too, using it to engage visitors as their own bodies become part of the art.Your Uncertain Shadow (colour) (2010), consists of an array of coloured lights, which throw enlarged, fractured silhouettes onto a wall in yellow, blue, green and pink. The more people there are in the room, the more psychedelic the effect.

It would not be far from the mark to say that Eliasson believes that no one is an island. His art is made in part to remind us that we are all tightly connected to our environment and to the people around us, and he extends that philosophy to his practice, collaborating with researchers, mathematicians and craftspeople. He has also worked on architectural and environmental projects in his Berlin Studio, which consists of about 90 people, who are fed by a kitchen serving sustainably sourced, vegetarian food. You can try the menu yourself at Tate Modern’s Terrace Bar.

This is an exhibition that will engage everybody on some level. It has the wow factor – which will surely draw in the crowds – and the installations glitter and dazzle without feeling superficial, although Instagrammers will love them, too. Spend some time here, take it all in and marvel at the magic that happens when art and science come together, but don't expect to learn anything new. Unlike some of Eliasson's past work, this show centres on experiences, not information. 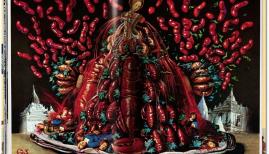