Over a career spanning more than 60 years, McCullin has witnessed the unimaginable: grieving corpses, starving children, exploded bodies are among the harrowing subjects of his unflinchingly honest images. With his camera, McCullin tells the untold stories of suffering, both near and far. His habitual use of black and white lends his images a brutal beauty and raw veracity that shuns any threat of sensationalist glamourizing. He confronts and communicates the harshest of truths, in hope for change. 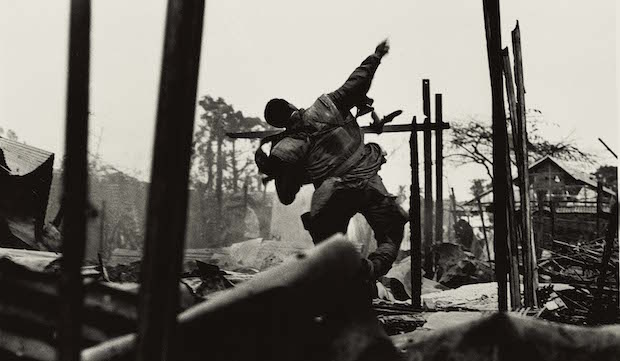 This February, Tate Britain London presents a major retrospective of McCullin's work, showing him to be one of Britain's greatest and bravest living photographers. His achievements are compiled thematically into a chilling history of modern life. When shown together, these captured moments of human experience also remind us of the personal risks McCullin took to document what he saw. In our own 'fake news' era, this retrospective of images is a timely testament to the integrity and bravery of photojournalists working to record unseen truths.

The exhibition opens with the photograph that launched McCullin’s career as a journalist. The Guv’nors in their Sunday Suits from 1958 depicts a gang from Finsbury Park (where McCullin grew up) posing in a bombed-out house. The men stand with cock-sure arrogance, nonchalantly leaning against the wooden pillars of the dilapidated building. The image was printed by The Observer in the same year the gang were involved with the murder of a policeman. McCullin’s early photographs document a gritty, smoggy London full of poverty, debris and violence. 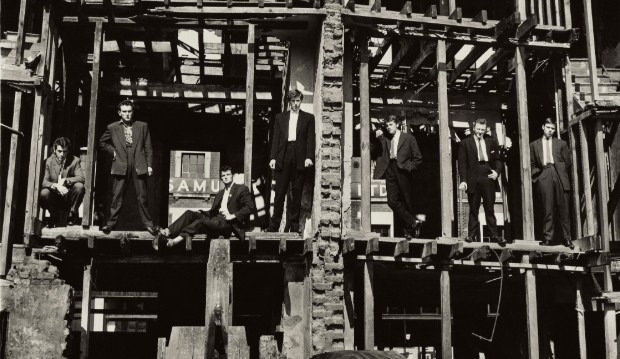 But it’s McCullin’s selfless commitment to capturing human experience and suffering that truly holds your captive. In Shell-shocked US marine, the Battle of Hue (1968), a soldier clutches his gun barrel with both hands, which are thick with grime. His eyes, which are cast in shadow from his helmet, are glazed over in terror as he gazes glassily at the camera. This is warfare at its most brutal. Fragile and helpless, the man seems resigned to his predictable fate. A child abandoned, Bangladesh (1971) is another heart-wrenching photograph depicting a wailing child lying naked in the mud; a photograph of another nameless victim that packs a powerful punch.

The photographs in the final room act as a departure from the rest of the show, focusing on his still life and landscape photographs from the 1980s onwards. His images of Somerset, Scotland and Northumberland can be seen as odes to the British Countryside. There’s a sense that McCullin has found a sense of peace, away from the distress of war and yet, the over-exposed murky quality of the images hark back to the battlegrounds of his earlier work. 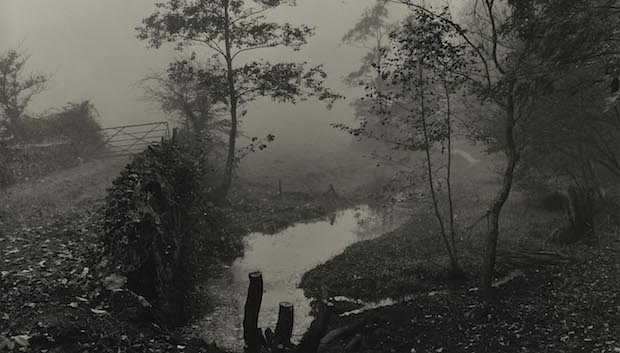 As Donald Trump and the right-wing media continue to lambast journalists for conjuring stories that appeal to the liberal elite, the exhibition highlights the personal risks journalists take on a daily basis to record the truth. McCullin often put himself in danger for the sake of exposing humanity’s worst atrocities. He immersed himself in platoons in Vietnam and disguised himself as a mercenary working for the Congolese government during the rebellion in 1964. During his first visit to Cambodia in 1970 he was seriously injured after being hit by a mortar bomb. McCullin’s bravery gives us a glimmer of hope in a world that is becoming increasingly devoid from reality.