The sell-out show was viewed by an impressive 594,994 visitors by closing time on Sunday 1 September. The record was formerly held by the 2015 exhibition Alexander McQueen: Savage Beauty, which was seen by 493,043 visitors.

The exhibition has now closed, but there is hope it will go on tour where it will surely change in response to new surroundings.

Let’s be honest, under normal circumstances – barring a lottery win or a dalliance with the scion of a great family – the closest most of us will ever get to an haute couture gown is scrolling through tiny images on our Instagram feed or the flashbulb saturated pictures of a red carpet event. These exquisitely detailed, hand-constructed confections are strictly for the one percent, and as fashion becomes ever more democratised the relevance of couture has repeatedly been called into question.

Offering a breathtaking riposte to such pragmatic thinking is the new V&A exhibition, Christian Dior: Designer of Dreams, which has transformed the cavernous Sainsbury Gallery, offering a glimpse into the rarefied world of one of the world’s most famous fashion houses. 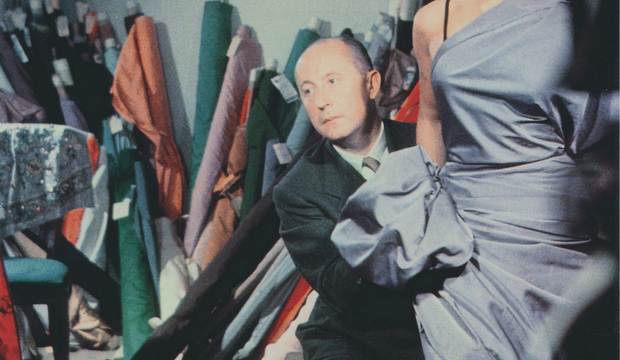 Inspired by the Parisian exhibition Christian Dior: Couturier du Rêve held at the Musée des Arts Decoratifs in 2017, Designer of Dreams has been re-imagined and updated to offer London fashion lovers a wholly new experience. A wealth of new content has been selected from the archives of the V&A and other British fashion museums, as well as private collectors and the House of Dior itself.

When Christian Dior debuted his New Look in 1947, it was viewed as a shocking antidote to post-war austerity. Oriole Cullen, Fashion and Textiles Curator at the V&A, sees this exhibition as something of an antidote to the Brexit doom and gloom, providing a much-needed opportunity for escapism. The New Look remains a key focus, but this exhibition is certainly not stuck in the past. Rather, it unites designs from the seven decades of the storied house, including those governed by current artistic director Maria Grazia Chiuri who has won plaudits for her modern, feminist interpretation. 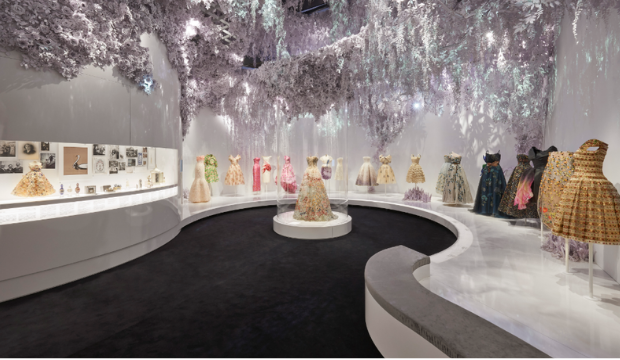 The exhibition is split into 11 sections, focussing on themes such as Travel, Historicism, and the Garden, while the addition of Dior in Britain explores the designer’s love of London and how important his British clients became when establishing his business. Perhaps the most notable of these was Princess Margaret, whose 21st birthday couture gown is displayed here, alongside the Cecil Beaton portrait that commemorated the event.

'Interestingly Beaton changed the colour in the photograph,' explained Cullen. 'He bleached out the dress and made the embroidery look silver, when actually it’s very yellowy-gold. It was fun to show the real garment beside the Beaton-esque idealised portrait of a pure princess in bright white.'

The gown is one of the standout pieces in the exhibition – not only for the beautiful golden hand-embroidered flourishes that flow across the full skirt, which falls just-so from the impossibly tiny waist – but for the history behind it. 'When Dior wrote about Princess Margaret, he said the public were obsessed with her,' says Cullen, explaining the significance of the relationship. 'She personified youth, glamour and the future - leaving behind the war. And so for Dior to be dressing her was a dream, he writes about how the press was obsessed with her and you can totally see why.' 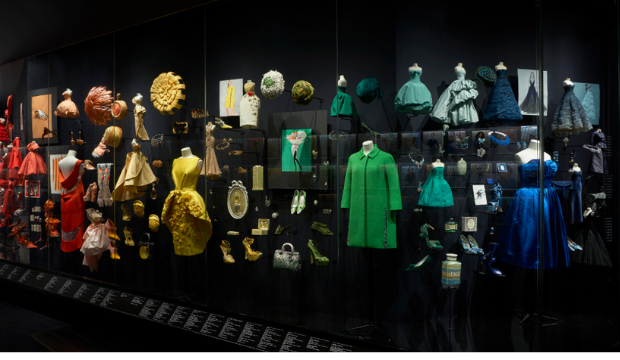 Being able to see these exquisite garments in real life, rather than as a still image or video, is a wonderful way to appreciate the hours of handwork that goes into their creation – as well as the flights of creative fancy that bring them to fruition. Although Monsieur Dior is the figurehead for his company, it’s important to remember that he led the house for just 10 years, until his death in 1957. The Designers for Dior section showcases the work of the six key artistic directors who have continued his work, showing how each interpreted the codes of the house while maintaining their own handwriting.

Fashion exhibitions are big business for arts institutions these days, but they are certainly not all created equal. All too often the beauty and energy of a design can be rendered lifeless by a static presentation concept. Not so with Designer of Dreams, where ambitious set design beautifully showcases the couture as well as helping to define the narrative for the whole exhibition. The transformative sets were designed by Nathalie Crinière who also worked on Couturier du Rêve.

'The idea was to remake a specific ambience, and you will see that all of the sections are very different,' says Crinière. 'The idea was to mimic a movie where you build suspense, you don’t know exactly what you are going to find.' 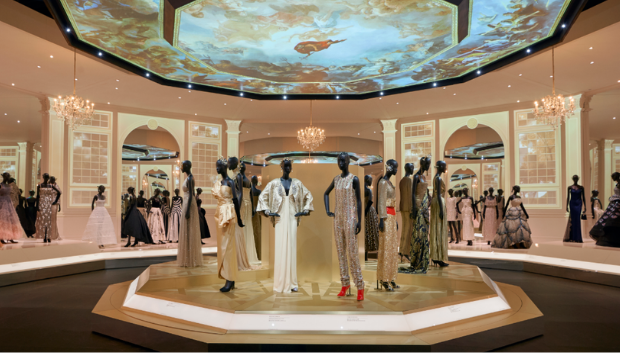 Designed to compliment the theme and content of each of the rooms, the staging includes highlights such as the Garden room, which is resplendent with a veritable hanging garden of paper flowers. This echoes Monsieur Dior’s love of roses and lily of the valley, as well as the ambitious floral catwalk displays that came to characterise Raf Simons’ tenure at the house. The Diorama room is another feat of presentation; a vast colour-coded glass cabinet that brings together hats, shoes, bags and costume jewellery with illustrations, ephemera and miniature gowns replicating the moodboards that designers make when creating a collection.

The culmination of the exhibition is The Ballroom, which uses an ever-changing light display to showcase formal evening wear from the seven decades of Dior. 'When we speak about the ball we need to find the best way to make a ball,' says Crinière. 'As soon as you put dresses on display they are fixed in time, and that can be sad. So with light you give the idea of life and the dresses become as if they were supported by women, because the light is moving. The idea is to replicate the day, with light moving from morning to evening and night – it’s a good way of seeing it with different eyes.'

Crinière has carefully designed the space to feel grand and imposing like a ballroom, yet manages to achieve a closeness at the same time: 'In a way it is quite intimate, and you can sit and dream – this is what I want visitors to do.' 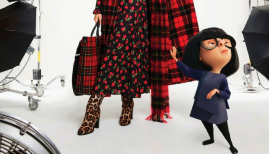 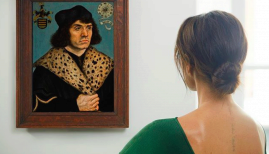