A blockbuster tribute to the genius of a designer who dealt not only in haute couture, but in timeless beauty

The clothes do quite literally float – the mannequins are transparent and limbless – ensuring that the designer's craftsmanship has pride of place. Despite this, the haute couture remains an impeccable celebration of the female form, poured onto phantom torsos that tower towards the ceiling, harnessing the elegant sexuality that Alaïa’s designs attributed to his subjects.

Born in Tunisia in 1940, Alaïa was inspired by the style of his twin sister. Desperate to develop his budding artistic talent, Alaïa lied about his age to study sculpture in Tunis. He went on to produce his first ready-to-wear collection in 1980 and sky-rocketed to fame following his first supermodel-strewn show later that year. 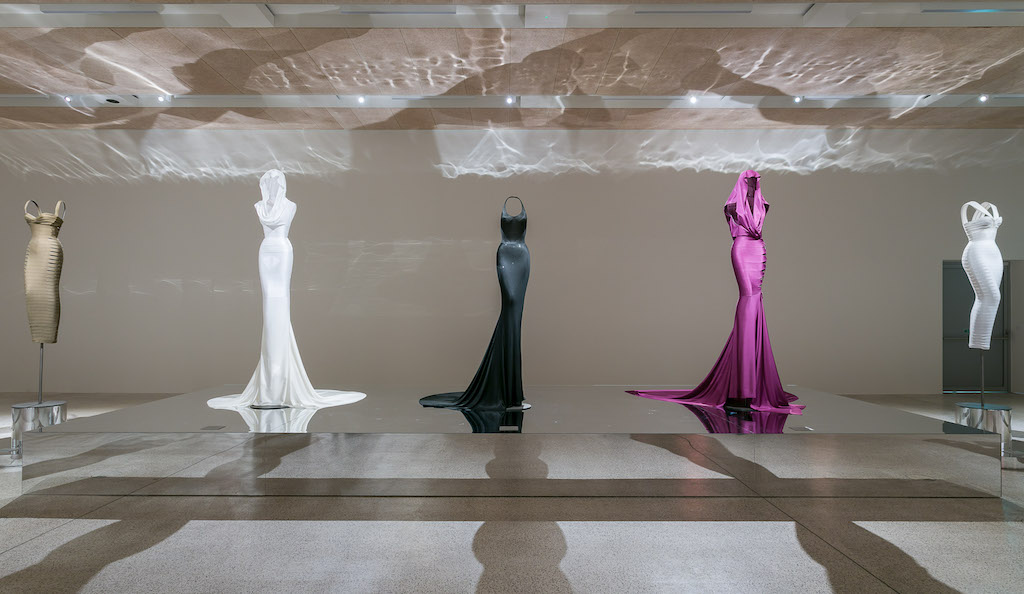 Alaïa has been the subject of multiple fashion exhibitions around the world, but this is the first display of his work in the UK. It was dreamed up and co-curated by the designer himself, alongside his long-term collaborator Mark Wilson, before his sudden passing at the end of last year interrupted preparations for the exhibition’s opening.

And yet, despite his untimely death, his presence is tangible within the exhibition space. You feel it in the selection of garments on display – each of which was re-cut and tailored specifically for the exhibition – as well as in the choice of works that were commissioned, made by leading artists with whom Alaïa shared a long-term creative dialogue.

Five screens, or ‘architectural interventions', divide the gallery and create visual connections between Alaïa's most significant works, of which sixty are on display. The garments are thematically grouped into eleven arcs that reveal the ideas he perfected and remastered over many years, showcased against a backdrop of photography and quotes that provide insight into his genius.

Highlight pieces include a gold beaded dress worn by Tina Turner, a purple cowled and hooded dress famously worn by Grace Jones, and a number of black chiffon outfits with the rivets still in place from Azzedine's last and final couture show. 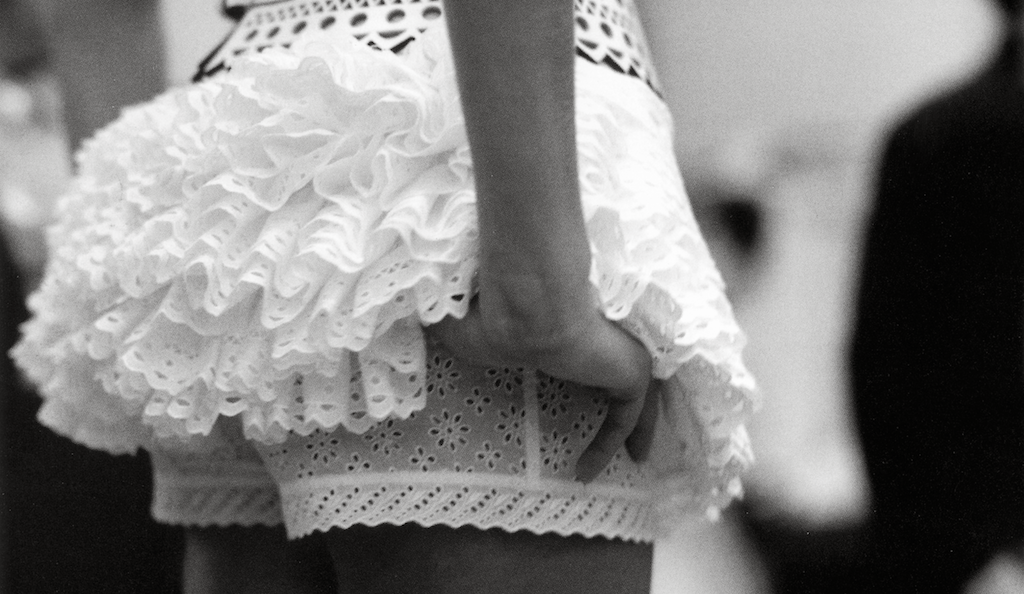 The exhibition leans more towards ‘installation’ than ‘retrospective’, with the scrupulous attention to detail and ground-breaking creativity of Alaïa’s designs thrown into the spotlight, rather than the man himself. A series of intimate short films by stylist Joe McKenna are the fullest helpings of contextual reference we are offered. We see clips of the pint-sized genius fussing over his creations, serving food to his staff, and kissing his giant St Bernard dog Didine, within the confines of his famed Paris atelier.

There are cameos from the likes of Grace Coddington, Nicolas Ghesquière, and Naomi Campbell, each of whom reflect lovingly upon the industry legend. 'Papa is limitless. The clothes are timeless. I wore something three days ago that I wore twenty-one years ago, and not many designers can do that. They haven't moved a stitch,' muses Campbell, who called the designer 'Papa'.

Naomi is right. These clothes are indestructible, not just in the stitching and moulding that fortifies them, but in their place in history. Alaïa strived to achieve perfection on his own terms, often flouting industry norms. He believed in eternal beauty – not fashion’s constant fluctuations – and eternal beauty did he achieve.

Never before have the tireless quest for perfection and the resulting timelessness of Alaïa's designs been as apparent. Azzedine Alaïa: The Couturier is a touching and meticulously formed tribute to one of the most respected and loved designers in fashion’s history. 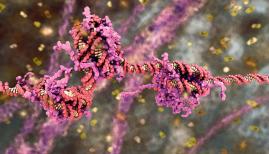