With the penultimate season of Better Call Saul and a wave of irreverent teen comedies like Lady Bird and Clueless, Netflix in February is filled with exciting treasures 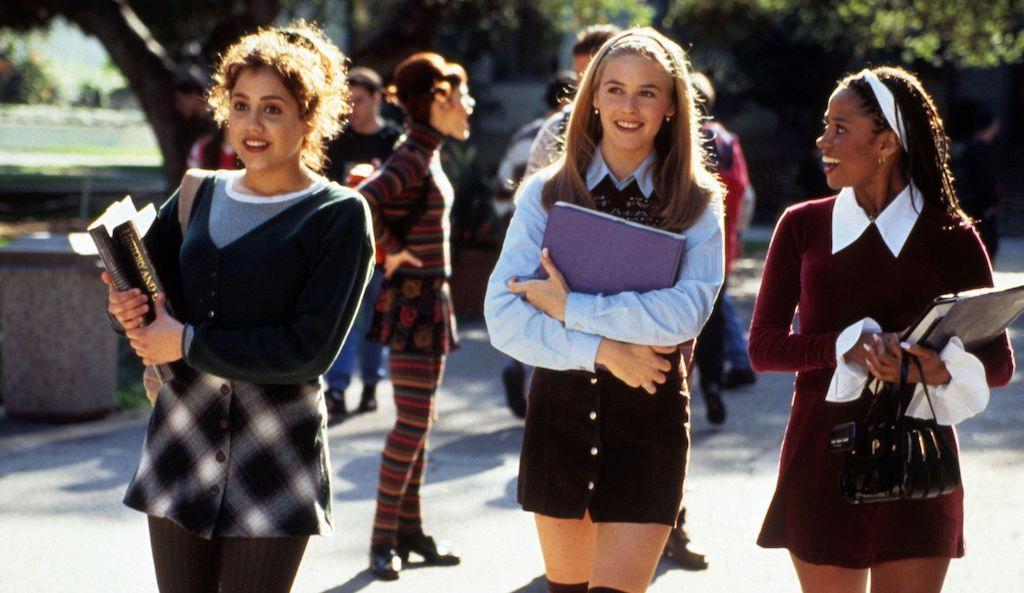 It’s taken four seasons of Better Call Saul, the prequel series to Breaking Bad, for Jimmy McGill to become the dodgy lawyer Saul Goodman, but none of the fans have complained – in fact, every season has been met with high praise.

Acclaimed filmmaker Guillermo del Toro even prefers it to Breaking Bad, saying ‘the moral downfall strike [sic] me as deeper, more poignant’. The pace is much slower, but captures every little moment that contributes to Jimmy’s descent into immorality.

Season five sees Jimmy transform into Saul, but we don’t know much else. However, there will be appearances from DEA agents Hank Schrader (Dean Norris) and his partner Steven 'Gomey' Gomez (Steve Michael Quezada) – meaning the Better Call Saul and Breaking Bad timelines could cross over.

Whereas the first seasons of Narcos focused on Colombian cartels and the rise and fall of Pablo Escobar, Netflix’s companion-series centres on Mexico's first cartel. Instead of Escobar, it’s Miguel Ángel Félix Gallardo, the ‘Godfather’ of the Guadalajara cartel in the 70s. Guardian journalist Ed Vulliarmy called him the ‘Bill Gates of cocaine’.

Season two of Narcos: Mexico continues Gallardo’s story as he struggles to maintain control of his empire and reconcile his betrayals from season one. The death of DEA agent Kiki Camarena ignites the retributive Operation Leyenda, led by the rule-breaking agent Walt Breslin (Scoot McNairy).

In 1999, the pharmacist Dan Schneider lost his son in a drugs-related shooting in New Orleans, Louisiana. Seeking justice for the murder, Schneider tried to find the killer – but he discovered something even more troubling. The sales of opioids like OxyContin, often over-prescribed for back pain, had increased substantially. Painkilling drugs such as these can lead to addiction, and abusers often move on to harder stuff like heroin.

This new Netflix documentary series follows Schneider’s investigation as he tries to save his community from the opioid epidemic.

Based on the final novel by journalist Joan Didion, The Last Thing He Wanted is a sweaty political thriller set against the scandalous Iran-Contra Affair. In the 80s, President Reagan was intent on throttling communism in Central America, and so offered aid to various militia groups (‘Contras’) who wanted to destroy the far-left in their respective countries.

Anne Hathaway stars as Elena, a journalist whose passion to understand her father (Willem Defoe) leads her to a weapons shipment in a Central American jungle. She uncovers the deep dark web cast by Reagan in a time of Cold War paranoia.

Quentin Tarantino’s violent, cinephilic, alt-history masterpiece devotes as much time to the fascinating history of German cinema as to the comedy violence of killing Nazis. Melding together the spaghetti western and the WWII epic, Tarantino examines a group of Jewish-American soldiers (the 'Basterds') in Nazi-occupied France who shoot and scalp those loyal to the Führer.

And there’s one especially nasty Nazi detective, Colonel Hans Landa, who rounds up and executes the Jews kept in hiding. Landa's path eventually crosses with that of the Basterds during a secret, cinema-related plot to kill Hitler. Spectre’s Christoph Waltz plays Landa in a career-making, Oscar-winning performance.

Alison Brie is a favourite of Netflix, and it’s not hard to see why. She can do hilarious comedy as well as absorbing drama, which suits the three seasons of women’s-wrestling dramedy GLOW and the anthropomorphic tragicomedy BoJack Horseman. Now she tackles a different, psychological beast altogether in Horse Girl.

Brie plays Sarah, a socially isolated art-shop employee who prefers tending her horses and watching supernatural crime dramas to interacting with other humans. But then she has some strange and troubling dreams, which cross into her waking life – fantasy and reality colliding with each other.

In terms of sci-fi, actor Anthony Mackie has been a busy boy. After finishing Avengers: Endgame, he’s since starred in the Striking Vipers episode of Black Mirror and he will lead the new Disney+ Marvel series The Falcon and the Winter Soldier. Between those two, however, comes the second season of the Blade Runner-inspired, cyberpunk Netflix series Altered Carbon.

The story is set 300 years in the future, where human brains are stored in microchips that carry on after the body dies. Takeshi Kovacs (Mackie) is the last in the clan of interstellar warriors and, after hundreds of years, he’s still trying to find his long-lost love, Quellcrist Falconer (Renée Elise Goldsberry). Kovacs travels back to his home planet, Harlan’s World, with the hope of reuniting with her.

There's always call for movies and TV shows to be more inclusive, to represent the marginalised. Delightfully, most of these groups can be found in Pose, a dance-infused drama about the underground ballroom scene in 80s New York.

These performers mostly consisted of black, Latino and LGBTQ+ people, and Pose boasts the largest trans cast in scripted TV history. Loosely based on the documentary Paris Is Burning, writer Ryan Murphy (Prom, Feud: Bette and Joan, Glee) examines a glittery haven for the rejected.

Terminal illness movies are mostly restricted to formulaic teen weepies, but some exceptions offer new twists on this overused, cancerous catalyst. 50/50 offers a more comforting and comedic approach to the Big C.

Based on screenwriter Will Levine’s own diagnosis and his supportive friend Seth Rogen, the film follows Adam (Joseph Gordon-Levitt) after he suddenly develops cancer. He endures a process of denial and anger, helped through by his best friend Kyle (Rogen). Although the film pursues the comic bromance between the two leads, there are moments of understandable, spirit-crushing upset.

When No Strings Attached came out in 2011, it was up against another sex-buddy comedy, Friends With Benefits, which had exactly the same plot. Although the latter is better than the former, which stars Natalie Portman and Ashton Kutcher, it’s still a worthy, funny romcom written by New Girl writer Elizabeth Meriwether.

Best friends Adam (Kutcher) and Emma (Portman) decide to organise a sex-buddy pact, organised mostly because of Emma’s heavy hospital shifts as a nurse. She needs something loose and casual but, predictably, Adam begins to fall in love with her. This film also stars Greta Gerwig in an early role.

Stand-up comedian Amy Schumer has long been a funny, outspoken, feminist voice in the comedy world. She started out showing sexist norms in her hilarious sketch show Inside Amy Schumer, before making her screenwriting debut with Trainwreck (directed by Judd Apatow). Trainwreck sees a more restrained Schumer, but still shows her talents for writing vivid and relatable female characters.

She plays Amy, an extroverted, party-loving, sex-loving journalist who thinks the concept of monogamy is baffling… until, that is, she meets the sports physician Aaron, played by a delightfully hilarious Bill Hader.

Before Little Women, writer/director Greta Gerwig gave us Lady Bird. Gerwig has already had a steaming career – starting out in acting, and then co-writing with her husband Noah Baumbach (Marriage Story) – before finally making her Oscar-winning directorial debut. And what a fierce, funny, and upsetting debut it is.

Backed by the indie giant A24, Lady Bird follows the disruptive adolescence of Christine 'Lady Bird' McPherson as she endures high school, boys, growing up and living in a lower-middle-class household. The film features a spirited performance from Saoirse Ronan, at her best in scenes with Laurie Metcalf, who plays her equally unmanageable mother.

To All the Boys: P.S. I Still Love You
UK Netflix release date: 12 February

To All the Boys I Loved Before won a cult following when the movie hit Netflix in 2018, and the sequel was inevitable. Beginning as a shy and affectionate letter-writer, teenager Lara Jean (Lana Condor) is now officially dating the popular jock Peter (Noah Centineo).

But as it's her first relationship, Lara is still as clueless as ever, and leans on her two sisters Kitty (Anna Cathcart) and Margot (Janel Parrish) to navigate through it. To make things worse John Ambrose (Jordan Fisher), a recipient of one of Lara’s old love letters, returns to her life and she faces a terrifying dilemma: can she love two boys at the same time?

With 90s computers, plaid Chanel suits and the whiny, privileged accents of Southern California, it’s hard to guess that Clueless is really an adaptation of Jane Austen’s Emma (albeit a loose one).

Cher (Alicia Silverstone) is a rich high-school student who talks the pseudo-intellectual talk with self-assured energy, and can’t help but meddle in other people’s affairs. Her main project is to transform the ‘tragically unhip’ student Tai (the late Brittany Murphy) into a popular LA girl.

Although, on the surface, this seems like a facile, annoying premise with vacuous characters, dig deeper and you’ll find an incredibly funny, self-aware satire.

I Am Not Okay With This
UK Netflix release date: 26 February 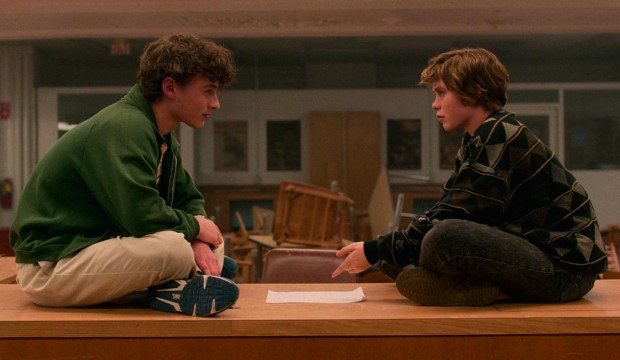 We need something to fill that Stranger Things gap; we need more TV teens with superpowers. Thankfully, the new origin-story series from debut screenwriter Christy Hall and End of the F***ing World director Jonathan Entwistle looks to provide the adolescent hero we need, especially in a superhero culture dominated by men.

Arriving immediately from the IT movies, Sophia Lillis and Wyatt Oleff star in I Am Not Okay With This. Based on the Charles Forsman graphic novel, the story follows Sydney (Lillis), a teenage girl who struggles with high school, puberty, sexuality and – crucially – a mysterious power that’s growing within her.

There are even more supernaturally powerful teens in Locke & Key, a young adult horror series based on the comic books by Joe Hill (son of Stephen King) and Gabriel Rodríguez.

The series delves into a mysterious ancestral house filled with plenty of secrets, kept under lock and key. The Locke siblings move in shortly after their father dies, and they discover many magical keys that could unlock the reason for his death. 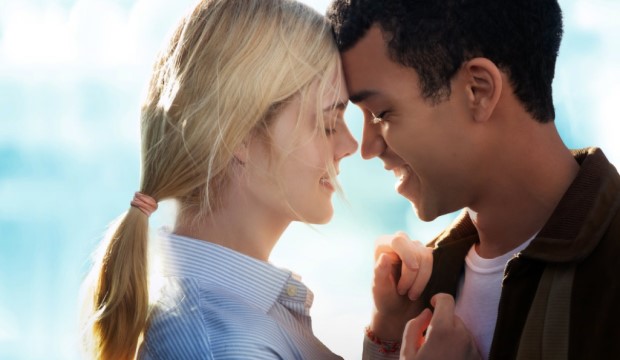 Another in the current string of weepy Young Adult romances with ill teenagers, All the Bright Places tackles the love between a boy and girl struggling with their mental health. Theodore (Justice Smith) considers every way to kill himself, but can’t commit to any of them. At exactly the right time, he meets Violet (Elle Fanning), who experiences the opposite problem: she’s desperate to live.

Steven Spielberg launched Mark Rylance’s film career with Bridge of Spies and then, almost immediately afterwards, cast him as Roald Dahl’s most beloved giant in The BFG. The Big Friendly Giant is different from the others of his kind, in that he’s gentle and charming without an evil bone in his tall body. He’s on his own – bottling dreams and creating fizzy, flatulent tonics – before the young girl Sophie (Ruby Barnhill) comes into his exiled existence.

A year before Quentin Tarantino recycled the classic ‘Django’ name, passed through Westerns since Sergio Corbucci’s Django in 1966, Skyfall writer John Logan paid funny homage to it in his reptilian kids’ film Rango. Rango the chameleon (Johnny Depp) arrives in a Wild West-y environment, in the town of Dirt – where animal villains roam, ungoverned. In a twist of accidental fate, the nervous reptile becomes the Sheriff.

This was director Gore Verbinski's fourth collaboration with Johnny Depp, following the Pirates of the Caribbean movies.