Cheat, ITV review 4 Cheat, ITV review Euan Franklin
There’s no shortage of psychological thrillers floating in the television ether, but nowadays they come in the form of true-crime documentaries. Yet despite the global fascination with these Netflix binge-docs, they can't replace the exciting, episodic fiction of a good ol' psycho-drama.

Cheat, arriving in four parts across this week on ITV, returns to that old-school fantasy – creating a show that’s characterful, sexy, and tensely frightening. 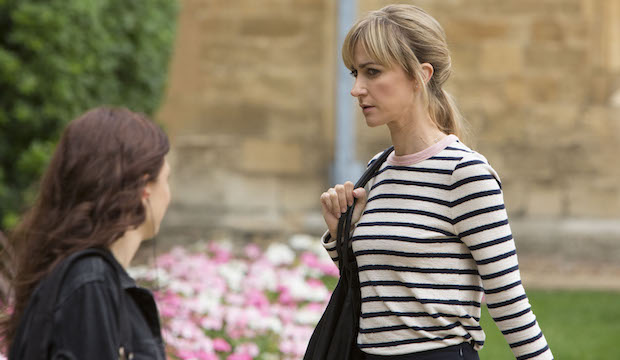 We begin in the future, as a Cambridge lecturer and one of her students sit opposite each other, separated by a thick glass pane… in prison. One of them is behind bars, but which one? It’s unclear, and probably will remain murky until the series finishes. ‘There’s a lot to talk about,’ says the student, Rose, whose manipulative ways closely resemble those of a psychopath. And probably not a psychopath you want to cross.

But the lecturer, Leah, does cross her – failing Rose's submitted dissertation because of suspected cheating. Writer Gaby Hull builds a strong but subtle tension between the characters, starting as a reluctant teacher-student relationship and then spiralling into something more horrifying.

There’s a moment where Leah, at the last minute, changes Rose’s mark to a 0 – and we know this is a mistake. We know this will be a regrettable decision, despite knowing very little about Rose. It’s the first spark of a long, unsettling conflict, and Hull constructs it perfectly.

Rose eventually finds her leverage, and Leah can’t help but fight back. The flash-forwards to the two of them in prison guarantees an ending drawn in blood, but who drew that blood? Or, a better question, who is accused of drawing that blood? 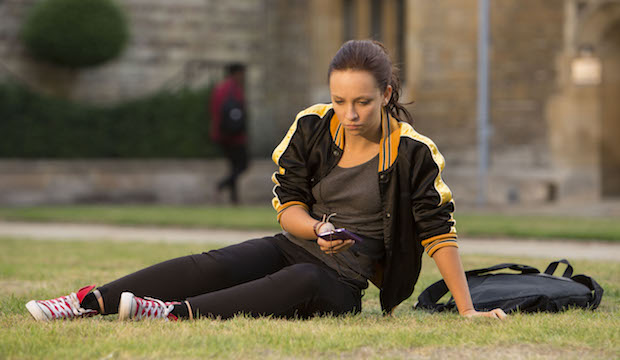 There are too few thrillers, too few dramas, directed by women. Director Louise Hooper create another shining example of a familiar story being told from a different and more engaging perspective. There’s no male gaze here, only the gaze of men.

Rose often uses both her sexuality and invented young-girl innocence to get exactly what she wants. Other men fall into her traps, and she practises crying to win others to her fiction.

Actor Molly Windsor is deviously watchable as Rose, outdoing Katherine Kelly’s performance as Leah (psycho roles are hard to compete with). She creates a character that’s both intensely likeable and morally detestable, her horrific deceptions causing nausea as much as nervous laughter. Rose is a villain that needs to be put down, but not too soon.

Cheat will be an intriguing series to watch unfold and it’s pot luck whether this initial standard can be maintained. Already, the flash-forwards feel like overkill, contributing very little to the plot. But Hull and Hooper have hooked us in, and we’re desperate to know more.

Cheat airs from Monday 11th March at 9pm, and continues on ITV every night till Thursday