Since counselling didn’t work, Madeline (Reese Witherspoon) pushes him into a ‘Healing Institute’, where hugging strangers is considered a cure. Although Ed revels in his passive-aggressive persona, there’s clearly something in him that wants to fix their marriage. 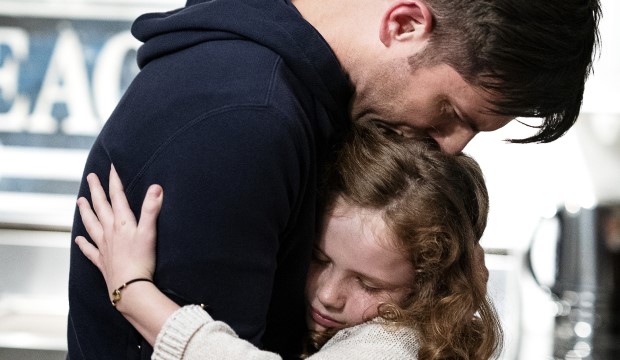 But regardless of these efforts, Ed is still burned by the affair and their marriage is near to breaking entirely. Him and his daughter Chloe (Darby Camp) share a quiet, touching moment in the kitchen while he’s chopping up carrots. It’s one of the few moments when Ed shows his vulnerability, if only briefly.

David E Kelley’s patient pace and Andrea Arnold’s delectably subtle direction is a beautiful union, like a sailing boat drifting on that California ocean - making the scene between Ed and Chloe all the more upsetting. They barely speak, the meaning behind the silence left emotionally ambiguous. Ed needs that comfort, that unquestionable love.

But aside from that, despite being beautifully executed, episode five just repeats the same troubles endured in previous episodes.

Jane (Shailene Woodley) continues her sweet, sexless relationship with Corey (Douglas Smith), but still struggles to be intimate because of her trauma. Things are heating up between Celeste (Nicole Kidman) and Mary-Louise (Meryl Streep), so much so that Kidman slips back into an Australian accent.

The hearing for child custody gets closer, and the lawyers are desperately trying to settle. But Celeste can’t keep her emotions in check – Mary-Louise being as maternally ruthless as ever. 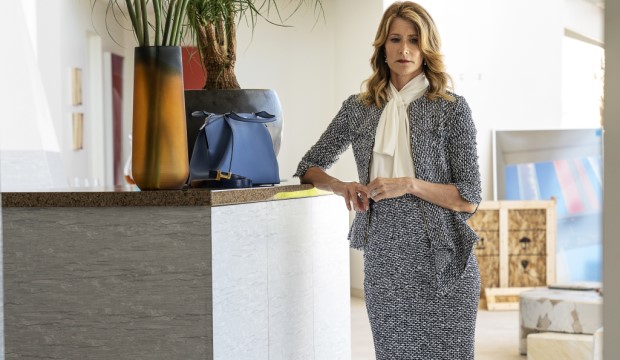 Renata (Laura Dern) tries to assuage Mary-Louise’s fury by meeting her alone, resulting in an alarming collision between two steadfast personalities. It’s entertaining, for sure, the two of them battling passively under the artifice of 'coming round for tea'. But since Renata’s lost her aggression and power, almost symbolically shown by her emptied house, the confrontation isn’t as spicy or hurtful or violent as it could’ve been.

This is a cracked step in an otherwise excellent season. There are only two episodes left, in which we’ll probably see the hearing take place – where questions about the night of Perry's death will resurface. It's not only Celeste, but the whole of Monterey Five who will be on trial. They might not be able to enjoy their lavish lifestyles for much longer.

And judging by this episode's flickering end, the men are wielding some big secrets of their own.