Meanwhile in Chichester, there was another James Graham play wowing audiences. And, after glowing reviews at the Chichester Festival Theatre, Quiz transfers to London's Noël Coward Theatre.

The play draws on the traditions of TV game shows in Graham’s incisive documentary style. Quiz delves deep into the true story of the 2001 'coughing major' scandal that shook prime time ITV show Who Wants To Be A Millionaire. After a series of suspiciously timed coughs in the run up to the million pound question, army major Charles Igram, his wife Diana and their alleged accomplice Tecewn Whittock were convicted for cheating.

As audience members we are both spectators and jurors. As the play sways between the fluffers and studio gags of live tv and the performative cross-examinations of a courtroom, we are invited to give judgement.

Robert Jones' set is an interactive, multi-media tribute to the quiz-show format, where cameras catch close ups from every angle and we can all put fingers on buzzers to weigh in on the verdict.

The cast are adept at switching roles - court reporter one minute, then tv production manager the next. Keir Charles is good fun as lip-twitchingly intense presenter Chris Tarrant, who screws up his face with mock winces as he asks 'is that your final answer'. And Gavin Spokes as the major makes the transition from jocular eccentricity to despair feel particularly poignant.

But along with the lively drama of high-stakes questions and big jackpot wins, there's a darker, more thought-provoking exploration of the interplay between power and populism.

Over two opposing halves, the play interrogates and exposes our appetite for entertaining lies, and the ease with which audiences can be manipulated by production value. First, the case for the prosecution and we’re all convinced by the major’s guilt. But then, when the defence weighs in and the camera angles show different perspectives, we don’t know what to belive any more.

Instead of giving the satisfaction of getting the right answer, Quiz reminds us to question the system. 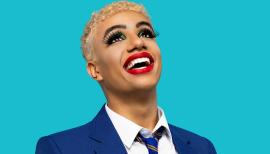 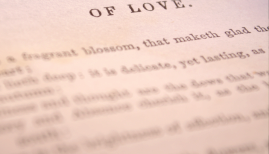 Love each other or perish: 50 greatest love poems, Southbank Centre